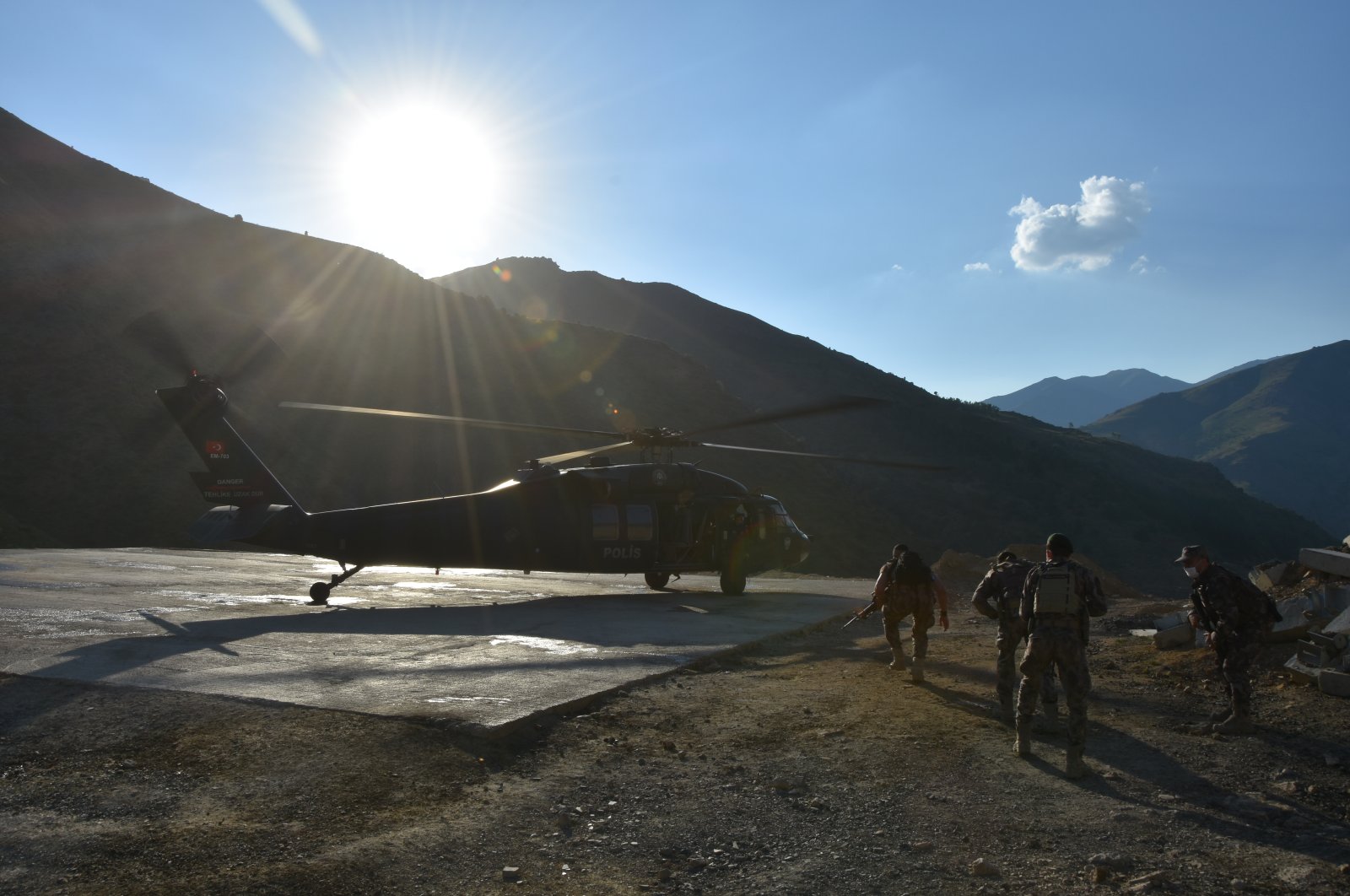 Turkish security forces on Saturday caught a PKK terrorist who conducted an attack in southeastern Diyarbakır province in 2016 with a bomb-laden vehicle that killed five members of the same family.

Mehmet Eliaçık was arrested at a notary in Diyarbakır.

Twelve people were also injured in the Aug. 10, 2016, attack in Sur district.

Separately, a terrorist was caught in Mardin province who was identified as a "miner and bomber" for the PKK terror organization. A Kalashnikov gun, two hand grenades and other ammunition were seized from Zilan Demir, code-named Zana Mardin, according to a governor's statement.

There has also been a surge in the number of terrorists laying down arms and surrendering to Turkish security forces following a series of successful domestic and cross-border anti-terror operations, with almost 50 terrorists having surrendered to Turkish forces since the beginning of 2020.