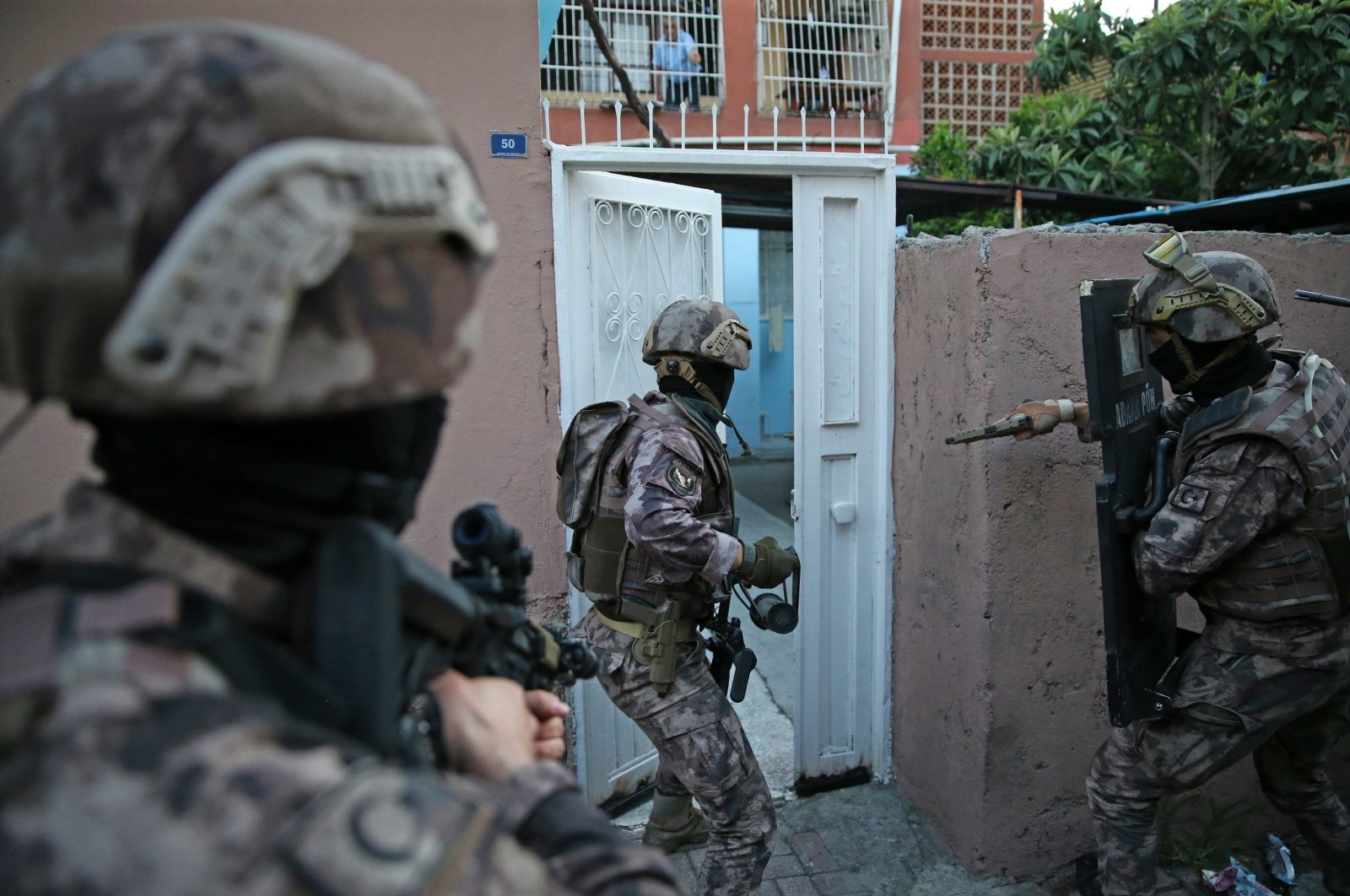 The terrorist, identified as Sonuç Gürdeğir, codenamed “Rodi Çevlik,” was responsible for the terrorist group’s activities in Erzurum and was on the orange category of the Interior Ministry’s wanted list.

He was detained in dawn raids in Ataşehir, and had been sought by police for 11 different crimes.

He was among the terrorists who killed two police officers and injured another one in Bingöl province on Oct. 9, 2014, and a car bomb attack that left seven police officers dead and three others injured on Aug. 1, 2016, in the same province.

The terrorist was transferred to Istanbul Police’s counterterrorism directorate as part of legal procedures.

The Interior Ministry’s wanted list is divided into five color-coded categories, with red as the most wanted, followed by blue, green, orange and gray.

In its more than 40-year terror campaign against Turkey, the PKK, listed as a terrorist organization by Turkey, the United States and the European Union, has been responsible for the deaths of some 40,000 people, including women and children.