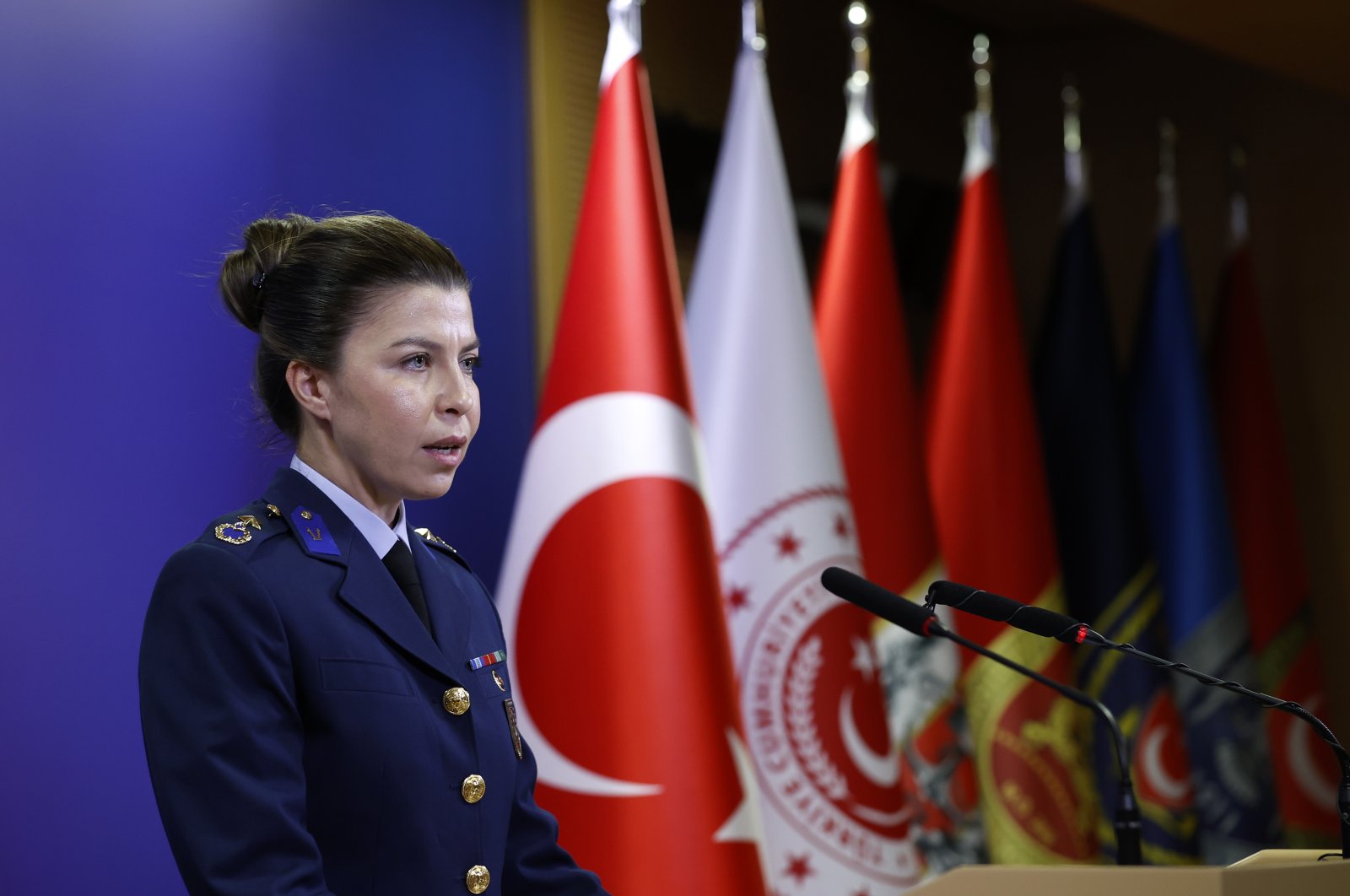 Some 1,865 terrorists have been eliminated since the beginning of the year, spokesperson Major Pınar Kara told journalists in Ankara.

Turkey targeted the Daesh group after launching its first operation in northern Syria in 2016 but has since largely focused on the PKK and its affiliates in Turkey, Syria and Iraq.

The military conducted 22 operations against the PKK inside Turkey and abroad over the past month, Kara said. Since April, it has been carrying out ground and air operations against the PKK in northern Iraq. These operations killed 244 terrorists, she added. Meanwhile, the military destroyed around 300 caves/shelters, neutralized over 600 improvised explosive devices (IEDs), and confiscated many weapons and supplies used by the terrorists.

Turning to the withdrawal from Afghanistan, Kara said the Turkish Armed Forces (TSK) evacuated 1,129 Turkish civilians between Aug. 25 and Aug. 27 and assisted citizens of other countries.

Meanwhile, the spokesperson noted that Turkey caught 13,769 people attempting to illegally cross the border, and intercepted 25,186 others in the past month.

She continued by saying that Turkey has established a three-step mechanism to prevent illegal crossings and nab those who enter the country in the face of the surge of Afghan migrants from the Iranian border. Turkey has a border security system, a modular concrete wall, roads, watchtowers and surveillance systems. The three-step mechanism includes the surveillance, control and patrolling activities, and the detention of individuals who illegally enter the country, she said.