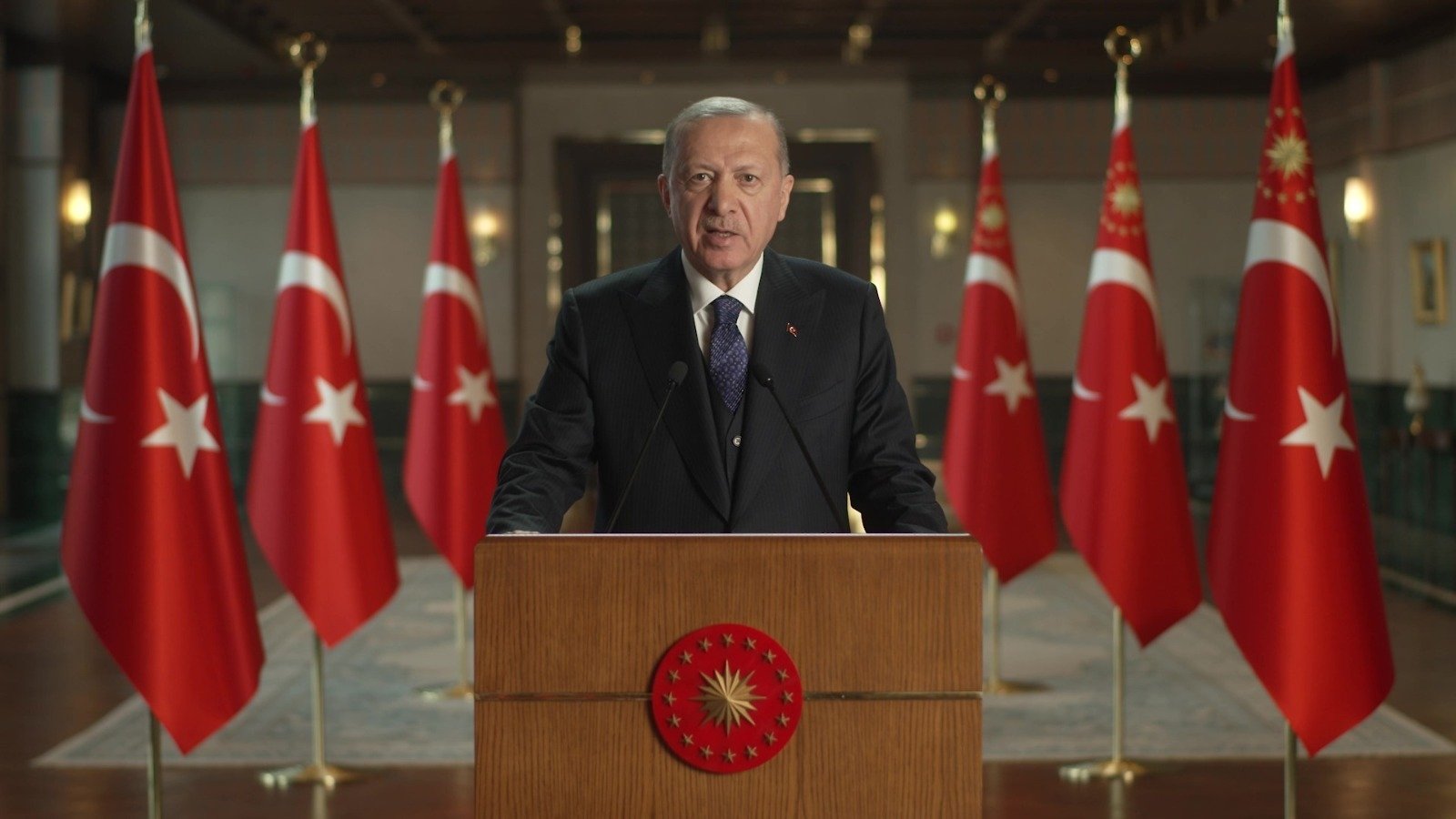 Expressing his gratitude to the Interpol General Secretariat and the relevant country authorities for their support in their fight against crime, Erdoğan said: "We expect cooperation on ordinary crimes to be exhibited in the fight against terrorism as well. We expect strong solidarity in the extradition of FETÖ fugitives and separatist organization ringleaders to our country. Let's not forget that every crime that goes unpunished will make the perpetrator even more emboldened. Terrorists, who murder innocents, including women, children, the elderly and civil servants working to strengthen democracy, should not be allowed to walk around by waving their arms."

Noting that Turkey does not approve of the activities of some Western countries and international organizations that directly interfere with Interpol, he said: "It is important that Interpol unconditionally supports the fight against terrorism without taking a stand according to the point of view of the member states."

Emphasizing that new threats have been added to Turkey's 40-year fight against the PKK terrorist organization due to the instability in the region, Erdoğan continued: "Turkey has been one of the countries most affected by the conflicts, especially in our neighbors Syria and Iraq. We are currently hosting a total of 5 million refugees, 3.6 million of whom are Syrians, who have been forced to migrate from their country for various reasons. We are in an intense and determined struggle against all forms of terrorism, from Daesh to FETÖ, from PKK to other bloody structures."

"We are directly affected by every development that takes place in wide geography stretching from the Balkans to North Africa, from the Caucasus to Asia. In the face of these security challenges, on the one hand, we ensure the safety of life and property of our citizens and the unity and integrity of our country. On the other hand, we contribute to international security. We are the only country that fought hand to hand against Daesh and defeated this organization. We prevented many terrorist acts with the intelligence information we provided to the source countries on foreign terrorist fighters. With the cross-border operations we carried out against the Syrian branch of the PKK terrorist organization, we saved more than 4 million people from this organization's attack."

The PKK is a designated terrorist organization in the United States, Turkey and the European Union, and Washington's support for its Syrian affiliate YPG has been a major strain on bilateral relations with Ankara.

The U.S. primarily partnered with the YPG in northeastern Syria in its fight against the Daesh terrorist group. On the other hand, Turkey strongly opposed the YPG's presence in northern Syria. Ankara has long objected to the U.S. support for the YPG, a group that poses a threat to Turkey and terrorizes its people, destroying their homes and forcing them to flee.

Under the pretext of fighting Daesh, the U.S. has provided military training and truckloads of military support to the YPG, despite its NATO ally's security concerns. Underlining that one cannot support one terrorist group to defeat another, Turkey conducted its counterterrorism operations. Over the course, it has managed to remove a significant number of terrorists from the region.

Since 2016, Turkey has launched a trio of successful anti-terror operations across its border in northern Syria to prevent the formation of a terror corridor and enable peaceful settlement of residents: Euphrates Shield (2016), Olive Branch (2018) and Peace Spring (2019).

Erdoğan also stated that they took effective measures against FETÖ, which killed 251 citizens on the night of the July 15 failed coup attempt, both inside and outside the borders.

Stating that they prevented the incident that would have cost the lives of tens of thousands of people, thanks to the measures they put into practice in the Aegean Sea and that they have achieved great success in the fight against migrant smuggling, drugs smuggling, human trafficking and organized crime, Erdoğan said: "As Turkey, we attach importance to sharing the experiences we have gained in all these areas with the law enforcement units of friendly and brotherly countries. The International Criminal Police Organization, Interpol, is one of the institutions with which we strengthen our cooperation. We have been actively supporting Interpol's activities for over 90 years. We are one of the leading countries in terms of both the number of data entered in the Interpol databases. Turkey is among the top ten countries with the number of red notices over 2,000. We have seen the great benefit of red notices in the capture and extradition of criminals, who are followed by the public, to our country in the recent period."

As the president noted, a total of 64 criminals who were wanted under different criminal charges were handed over to Turkey in 2021.