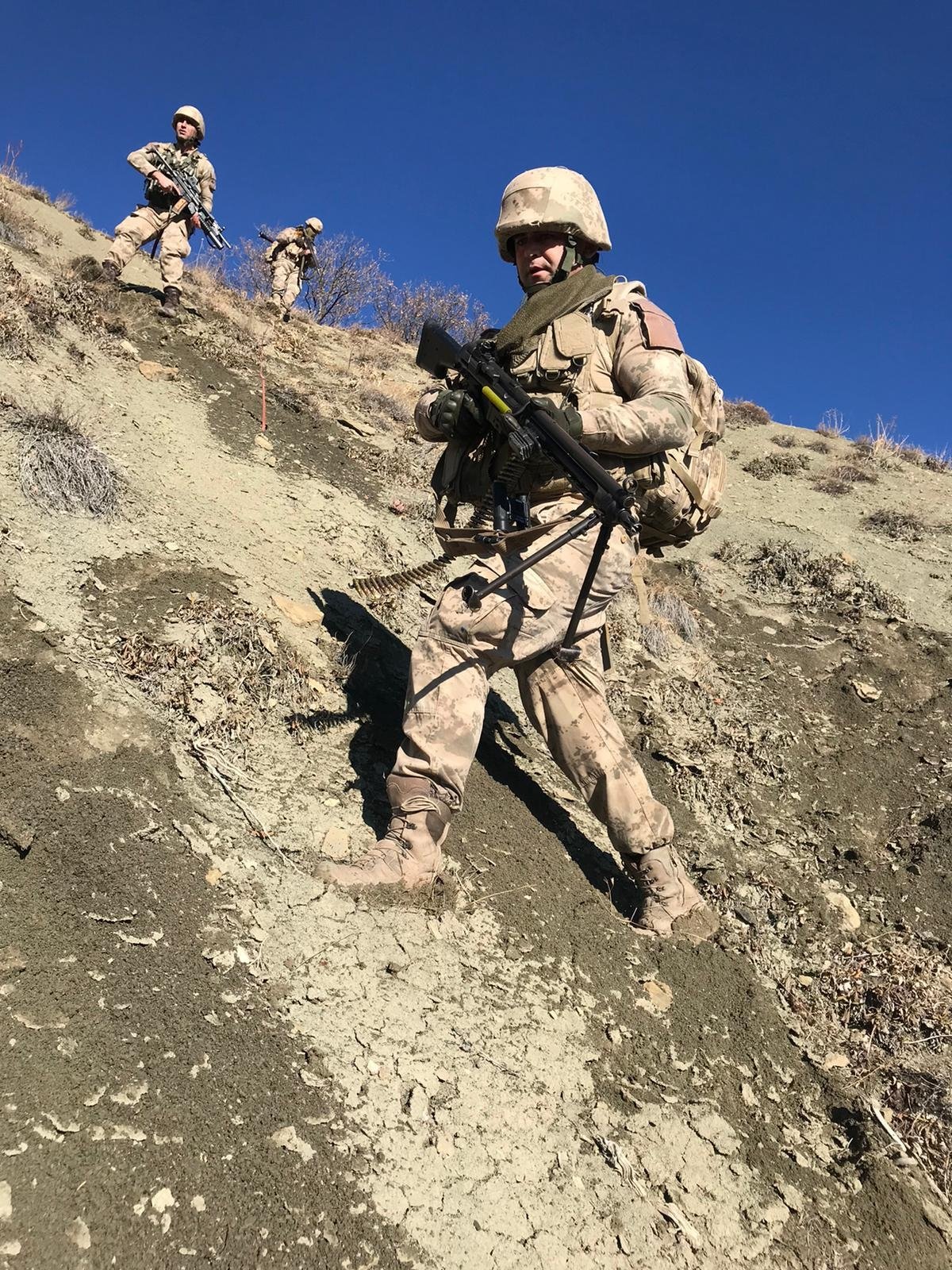 At least 177 terrorists were killed in Turkish counterterrorism operations in northern Syria over the last 30 days, the Defense Ministry confirmed Sunday.

According to a ministry statement, 148 were YPG/PKK terrorists and 29 were fighting for Daesh.

Turkey recognized Daesh as a terrorist group in 2013 and the country has since faced several attacks – including 10 suicide bombings, seven bombings and four armed assaults – killing 315 people and injuring hundreds more.

In response, the Turkish military and police launched counterterrorism operations both in and outside the country, capturing several top Daesh members.

While the U.S.-led coalition has primarily partnered with the YPG/PKK in northeastern Syria in the fight against Daesh, Turkey has strongly opposed the terrorist group's presence there, which has been a major sticking point in strained Ankara-Washington relations. Turkey has long objected to America's support for the YPG/PKK, a group that Ankara sees as a threat to its territory and people, as they have destroyed homes and forced citizens to flee.

Turkey has long pointed out PKK's name-switching as a cynical ploy to muddle the international denunciation of the group, and the fact that Syrian opposition forces have proven effective against Daesh and that a terrorist group cannot be destroyed using another one.

The PKK – listed as a terrorist group by Turkey, the U.S. and the European Union – has waged a terror campaign against Turkey for more than four decades and has been responsible for the deaths of nearly 40,000 people, including women and children. The YPG is the Syrian offshoot of the PKK terrorist group.

Locals in PKK/YPG-controlled areas have long suffered from its atrocities. The terrorist group has a lengthy record of human rights abuses in Syria, including kidnappings, recruitment of child soldiers, torture, ethnic cleansing and forced displacement.

The Defense Ministry also said 75 other terrorists were killed during operations at home and abroad.

The ministry added it was also fighting illegal border crossings and caught 7,233 trespassers and stopped 34,898 other individuals before crossing the border. It further stated that 34 terrorists, including 17 members of the Gülenist Terror Group (FETÖ), were captured while trying to cross the border illegally.

The statement also emphasized that the fight against FETÖ continues, as 20,699 personnel with links to the terrorist group have been removed from duty while administrative actions against 3,539 others have been taken since the July 15 coup attempt in 2016.

FETÖ – led by the U.S.-based Fetullah Gülen, who has been implicated in a long list of trials against the terrorist group – orchestrated the coup attempt four years ago with the aid of its military infiltrators, who are accused of killing 251 people and injuring nearly 2,200 others during the putsch bid. It was the latest in a string of coup attempts and other efforts by FETÖ to harm Turkey's democratically elected government.

The group, which is accused of also planting infiltrators throughout Turkey's governing structure, from the judiciary to law enforcement, was responsible for carrying out two coup attempts disguised as anti-graft probes in 2013.

After a plot by FETÖ-linked judiciary members and police chiefs targeting people close to the government in so-called corruption probes was uncovered, the group faced heightened scrutiny. Yet, it was not until the 2016 coup attempt that FETÖ saw the biggest crackdown against its activities.

Since then, tens of thousands of people have been detained and arrested for their links to the terrorist group in operations carried out in the aftermath of the failed coup attempt.