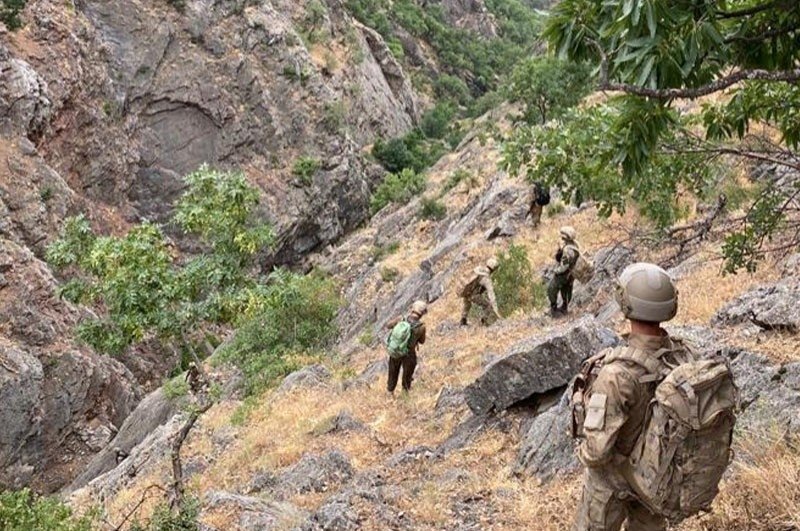 In a statement, the ministry said Operation Lightning-4 was launched Tuesday to "completely eliminate the separatist terror group from the country's agenda and to eliminate terrorists taking shelter in the region."

A total of 1,006 security personnel, including gendarmerie commandos, gendarmerie special operations, police special forces and security guards, are taking part in the operation, the statement said.

As part of these operations launched in July under the coordination of the Interior Ministry, eight terrorists have been eliminated; 24 caves, shelters and storages were destroyed; and many weapons, ammunition stores and food items were seized, the statement said.

Turkey's operations against terrorists within the country continue determinedly and successfully with the support of the public, the statement added.