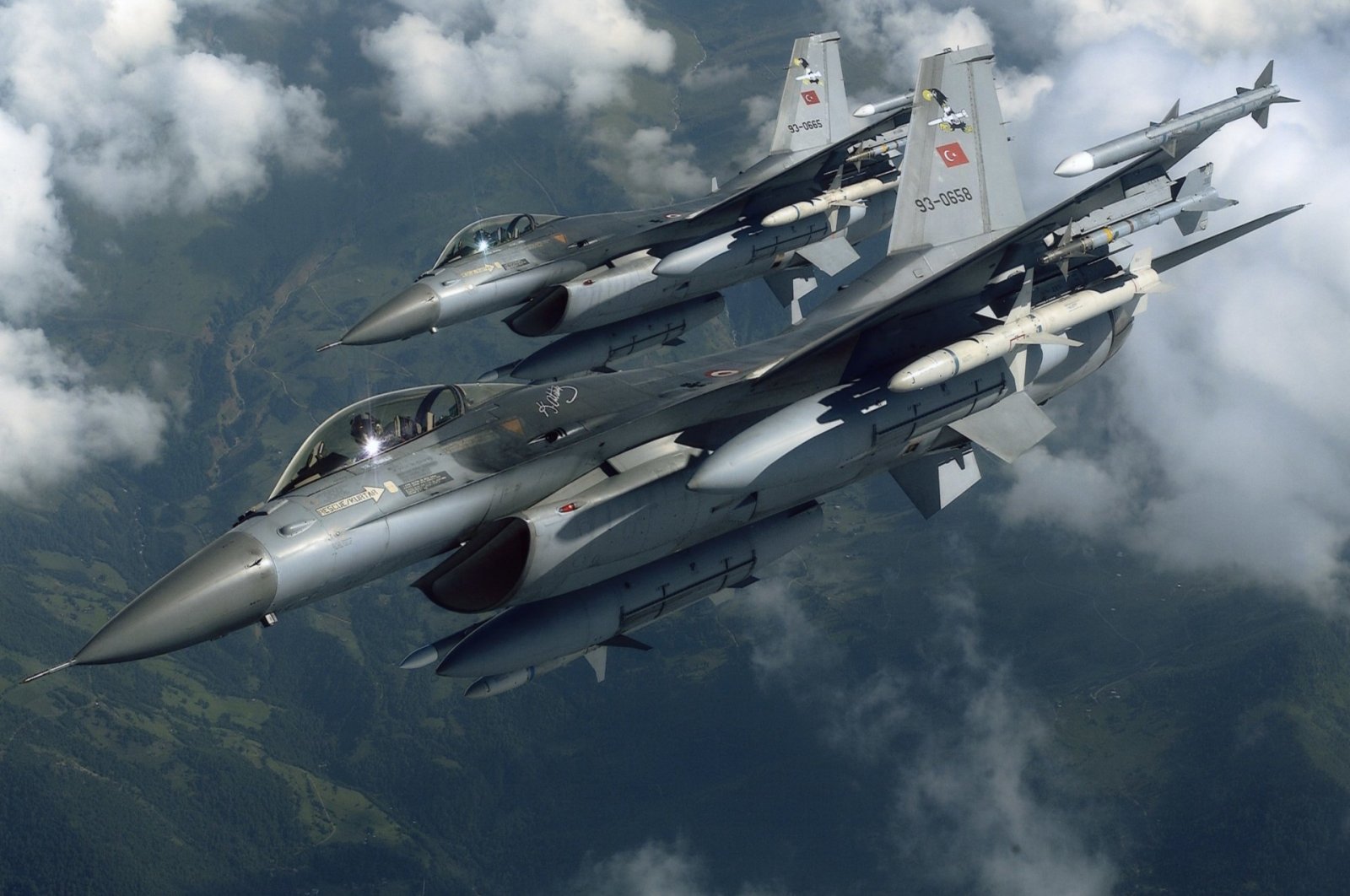 Stepping up efforts to end terrorism at its roots, Turkey has launched a new cross-border operation in northern Iraq against the PKK, which continue to pose a threat to the country's national security

The ministry said on Twitter Turkish fighter jets had destroyed caves where the terrorists were taking shelter and the caves had collapsed on them.

The jets destroyed at least 81 targets amid airstrikes against terrorists in northern Iraq in a fresh anti-terror mission dubbed Operation Claw-Eagle, according to a statement by the Defense Ministry.

"While planning and executing the operation, Turkish forces took great care to protect the lives and property of civilians, as well as the environment," added the ministry.

The Turkish jets safely returned to their bases following the operation, the statement further added.

Along with the jets, unmanned aerial vehicles (UAVs) and refueling aircraft also took part in the operation.

Defense Minister Hulusi Akar phoned the pilots to thank them for completing the operation safely.

Akar added that the shelters where "terrorists were planning heinous attacks on our country, nation and bases" had been destroyed.

“Regardless of the location, we will eradicate terrorist nests that endanger our country’s security. Terrorism and its backers will definitely lose,” presidential spokesman Ibrahim Kalın said on Twitter late Sunday. Meanwhile, Foreign Minister Mevlüt Çavuşoğlu the next day wrote: “Again, we dealt the terrorist organization in northern Iraq a heavy blow. I congratulate our soldiers who conducted Operation Claw-Eagle successfully. Our fight against terrorism will continue within our borders and across them decisively.”

Ankara has been warning the PKK to withdraw its forces from the Sinjar area for a long time now. Both Sinjar and Karacak are located some 90 kilometers (56 miles) south of the border with Turkey.

The ministry said Operation Claw-Eagle was launched in order to ensure the security of the Turkish people and the country's borders by eliminating the PKK and other terrorist organizations that have been stepping up their harassment and attack attempts against the police and military bases.

The PKK terrorist group managed to establish a foothold in Sinjar in mid-2014, on the pretext that it was protecting the local Yazidi community from Daesh. Since then, the PKK has reportedly established ground in Sinjar as a new base for its logistical and command-and-control activities.