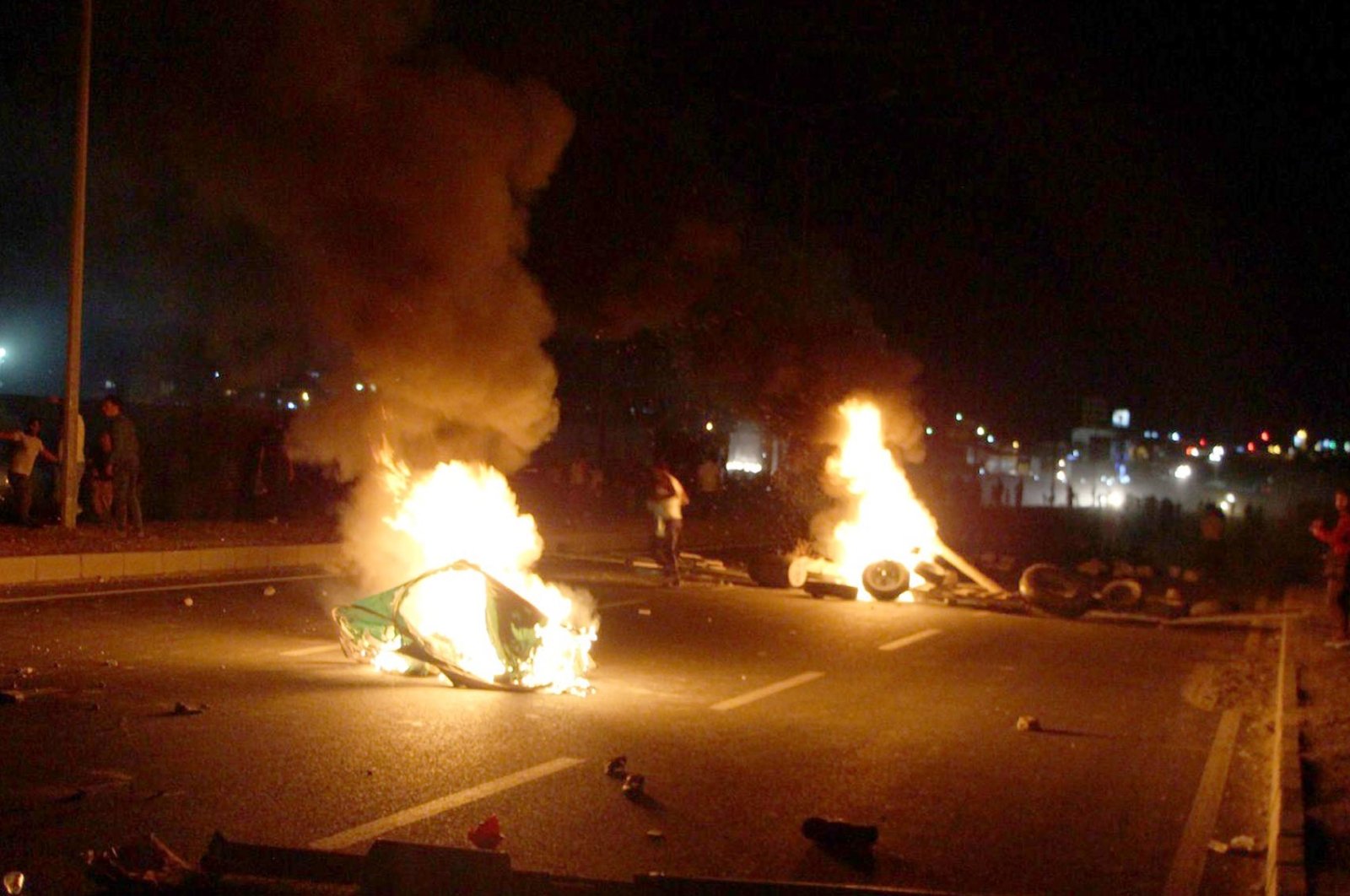 Six years have passed since the Oct. 6-8 incidents in which two police officers and 35 people were killed by supporters of the PKK terrorist group in Turkey, mostly concentrated in the eastern and southeastern provinces.

The pro-PKK Peoples' Democratic Party (HDP) triggered a response from its supporters following the Daesh terror group's attack in the northern Syrian city of Ayn al-Arab (Kobani), resulting in mass incidents of violence in 35 provinces, 96 districts, and 131 settlements on Oct. 6-8. The clashes mostly have taken place between the pro-PKK protesters and the conservative Free Cause Party (HÜDA-PAR) followers, two groups that are in a feud since the 1990s.

Using the incident as a way to renew tensions with the HÜDA-PAR, the PKK-supporters attacked the party, which emerged from within the Hezbollah terrorist group back in 2012. As a group with a radical religious ideology,

Hezbollah was mostly active during the 1990s, particularly against the PKK, which has a Marxist-Leninist credo.

Hezbollah’s active days came to an end in the 2000s, as most of the group’s leaders have been imprisoned as a result of a nearly decadelong series of trials.

The violence killed two police officers and 35 people while injuring 435 civilians and 326 police officers. Most of the civilians who were killed were actually PKK supporters, who were attacked by HUDA-PAR followers.

As the violence lost momentum, security forces sprung to immediate action taking some 894 suspects into custody and of those arresting 386.

Some of the crimes that the suspects were accused of were attempted murder, deliberately damaging goods, abduction, robbery and burning the Turkish flag.

Despite the immediate reaction and the incident only lasting two days, the ordeal cost over TL 300 million ($38.5 million) in damages. The incident not only damaged the peace and stability of the region which took years to achieve but also impacted social life and tourism in the eastern and southeastern provinces.

Since then, the government has intensified efforts to recover the damaged regions. Destroyed schools and public buildings were repaired with government support and put into service within a short period of time.

An allowance of approximately TL 50 million ($6.4 million) has also been granted to shopkeepers whose businesses were damaged during the incident.

During the violence, schools were one of the frequent targets of the terrorist sympathizers and a total of 201 school buildings in 17 different provinces were damaged.

When it comes to provinces, the southeastern region of Diyarbakır saw the most violence with 144 buildings and workplaces, 16 public buildings, four schools, 88 private vehicles and 40 public vehicles were damaged in the city. Seventy-three shopowners have received payment from the Diyarbakır governorship in order to cover their damages.

One of the most prominent cultural attractions of the province, Ziya Gökalp Museum, was attacked and had to undergo a TL 1.8 million renovation. The museum is open to visitors again with a brand new look after fixing all the damages.

Similarly, in Gaziantep, five people were killed while 12 public buildings were damaged alongside five schools, 44 offices and 77 vehicles.

Other provinces that felt the blow of the incident were Batman, Mardin, Şırnak Istanbul and Bursa.

During one of the unauthorized demonstrations in Diyarbakır, 16-year-old Yasin Börü and his three friends, who were distributing sacrificial meat to people in need on Eid al-Adha, were lynched by supporters of the terrorist organization.

The terrorist sympathizers tortured Börü and his friends, to the point that their corpses were unrecognizable. One of Börü's friends who managed to survive the incident with injuries, Yusuf Er, received treatment at a hospital outside Diyarbakır including special psychological care following the traumatic event.

The courts named Selahattin Demirtaş and Figen Yüksekdağ, the then-HDP co-chairs, as the main perpetrators of the overall violence, and the two were arrested following the investigation.

The events were a major blow for HDP and its public face, Demirtaş, who repeatedly stated that they aim to be an umbrella party appealing to all of Turkey instead of a regional and ethnic party. Their later calls, however, found little support.

The HDP has come under fire for its close links to the PKK, which is listed as a terrorist organization by Turkey, the U.S., and the EU. Members of the party have so far declined to call the PKK a "terrorist group," and have attended PKK militants' funerals, two of whom were the suicide bombers that killed tens of civilians in multiple bombings in Ankara.

On Sept.25, 2020, prosecutors in the capital Ankara said in a written statement that many players, including PKK terrorist ringleaders, urban agents, HDP members and HDP co-chairs, called on people to take to the streets and commit acts of terrorism.

The statement said that during the protests, roads were blocked and many public buildings, civilian vehicles and homes were damaged by gunfire, Molotov cocktails and fireworks. The warrants seek suspects in seven provinces, the statement added.

The Ankara Public Prosecutor’s office also stated that a record will be prepared to demand the removal of immunity from the seven current HDP deputies within the scope of the investigation.

Demitaş and Yüksekdağ are still under arrest to this day.

Other than Demirtaş and Yüksekdağ, Arrest warrants for 82 suspects, including former HDP deputies, were issued on Sept. 25.

A total of 17 out of 20 suspects, previously taken into custody, were sent to the prison.