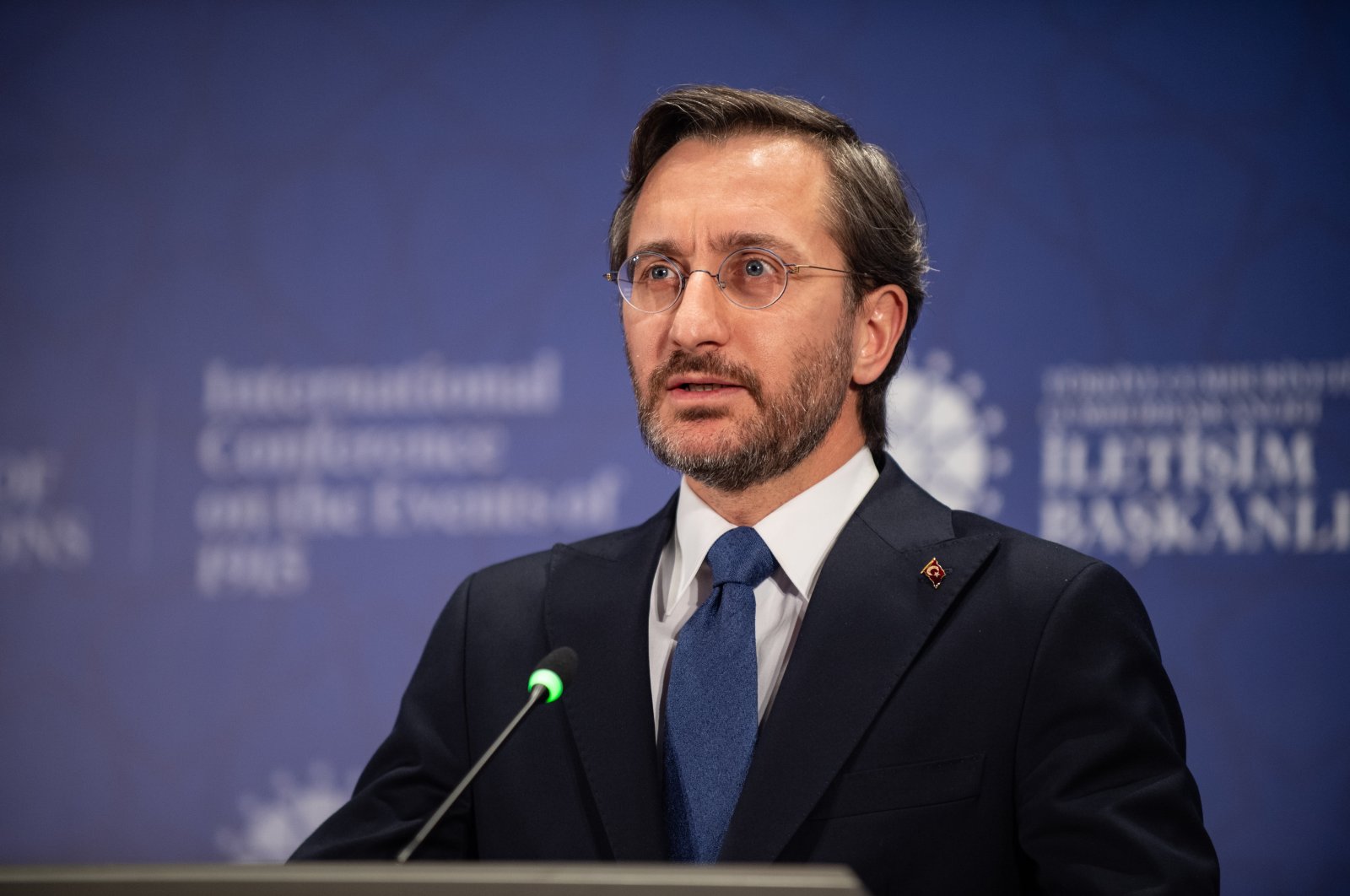 Turkey is determined to eradicate all terrorist organizations targeting the country, Presidential Communications Director Fahrettin Altun stated, underlining that the Turkish people will not allow any harm to the country, its democracy and sovereignty.

Speaking on the 2016 failed coup attempt by the Gülenist Terror Group (FETÖ), Altın told Daily Sabah that July 15 is “the Turkish people’s night of pride.”

“The Turkish people have experienced a new rampancy that night,” he pointed out, saying that Turkey announced to the world on that day that it will not allow any occupation disguised as a coup.

“These lands have witnessed an unprecedented betrayal on July 15, 2016. The 'mankurt's of the terrorist organization FETÖ, who have infiltrated into state institutions for more than 40 years and have settled down in the Turkish Armed Forces, pointed their guns at the people, at their homes and their parliament,” he stated, reminding that this cost the lives of 251 people.

Hailing the Turkish people’s “epic” resistance to the coup attempt from the very start, Altun said that the night of betrayal turned into a dawn of victory.

“Those who try to hamper our country, which is using its domestic and national potentials until the end and which is taking steps toward strengthening its sovereignty every day, wanted to control Turkey through FETÖ members whose will they had bought.”

Reminding that the Turkish people founded their country through the struggle of the Turkish War of Independence, he stated that trying to chain and control Turkey is an effort in vain.

Turkey is continuing its fight against FETÖ, both within the country and abroad, Altun said.

“With quick and effective decisions taken through the presidential system, the cleaning of all areas FETÖ has polluted is continuing. We have shown and continue to show that those selling their country, shooting at their own people, betraying their state will not be at ease in any country of the world,” Altun stressed.

“Through the successful operations of our institutions, FETÖ militants brought in from the world’s various places, are delivered to the Turkish justice,” he said and added that these efforts would continue until the last FETÖ member is brought to justice.

“The breakthroughs we have put forth in every field ranging from economy to diplomacy, justice to health, education to security, culture to arts through overcoming the obstacles in building a great and strong Turkey, will not change, and we will walk toward 2023 and our future goals with decisive steps.”

On the fifth anniversary of the thwarted coup attempt, Altun thanked the Turkish people once again and remembered those who lost their lives in the resistance.