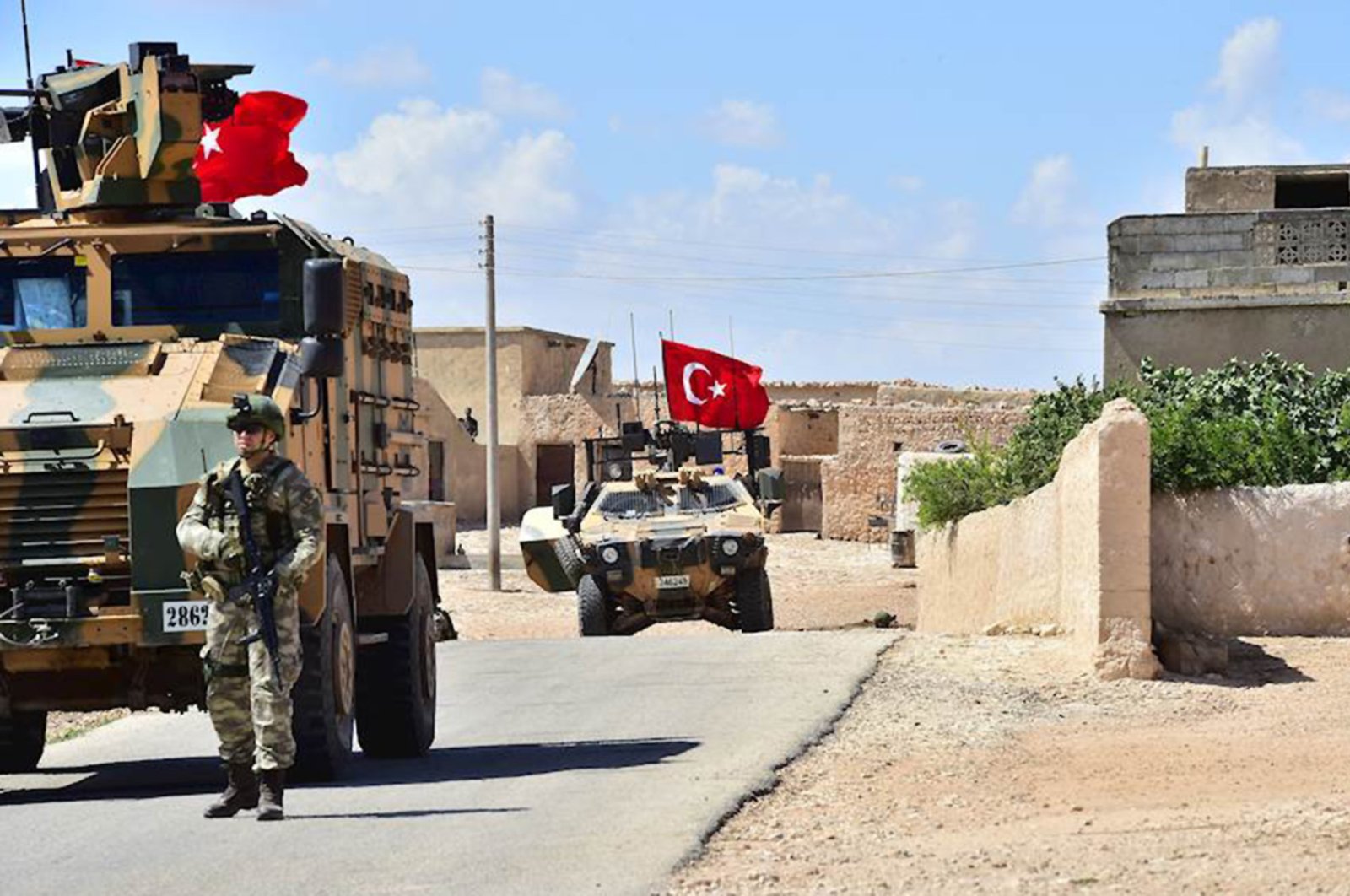 A handout picture realeased by the Turkish Armed Forces shows Turkish soldiers accompanied by armoured vehicles patrolling between the city of Manbij in northern Syria and an area it controls after a 2016-2017 military incursion on June 18, 2018. (AFP Photo)
by DAILY SABAH WITH AGENCIES Apr 25, 2020 11:54 am
RECOMMENDED

Turkey's anti-terror operations are continuing successfully in areas of northern Syria and Iraq, with the terrorist YPG/PKK group constantly sustaining losses and undergoing a severe lack of manpower.

"The terror group's attempt to infiltrate the Operation Peace Spring de-escalation zone to disrupt peace and security was prevented by our heroic commandos. 20 YPG/PKK terrorists were neutralized in a successful operation before they could achieve their aims," the ministry said on Twitter.

Turkey on Oct. 9 launched Operation Peace Spring to eliminate YPG terrorists from the area east of the Euphrates river in northern Syria. The operation aims to secure Turkey's borders, aid in the safe return of Syrian refugees and ensure Syria's territorial integrity. The operation has cleared terrorists from more than 4,300 square kilometers in northern Syria, according to Foreign Ministry figures.

The defense ministry also announced on Saturday that Turkish security forces neutralized 12 PKK terrorists in the district of Haftanin in northern Iraq in response to a terrorist strike that killed 1 Turkish soldier and wounded 3 soldiers.

According to officials, the terrorists were immediately fired back upon by the Turkish air force and artillery.

Over the course of its more than 30-year terror campaign against Turkey, the PKK listed as a terrorist organization by Turkey, the U.S. and EU has been responsible for the deaths of 40,000 people, including women, children, and infants. The YPG is the PKK’s Syrian offshoot.