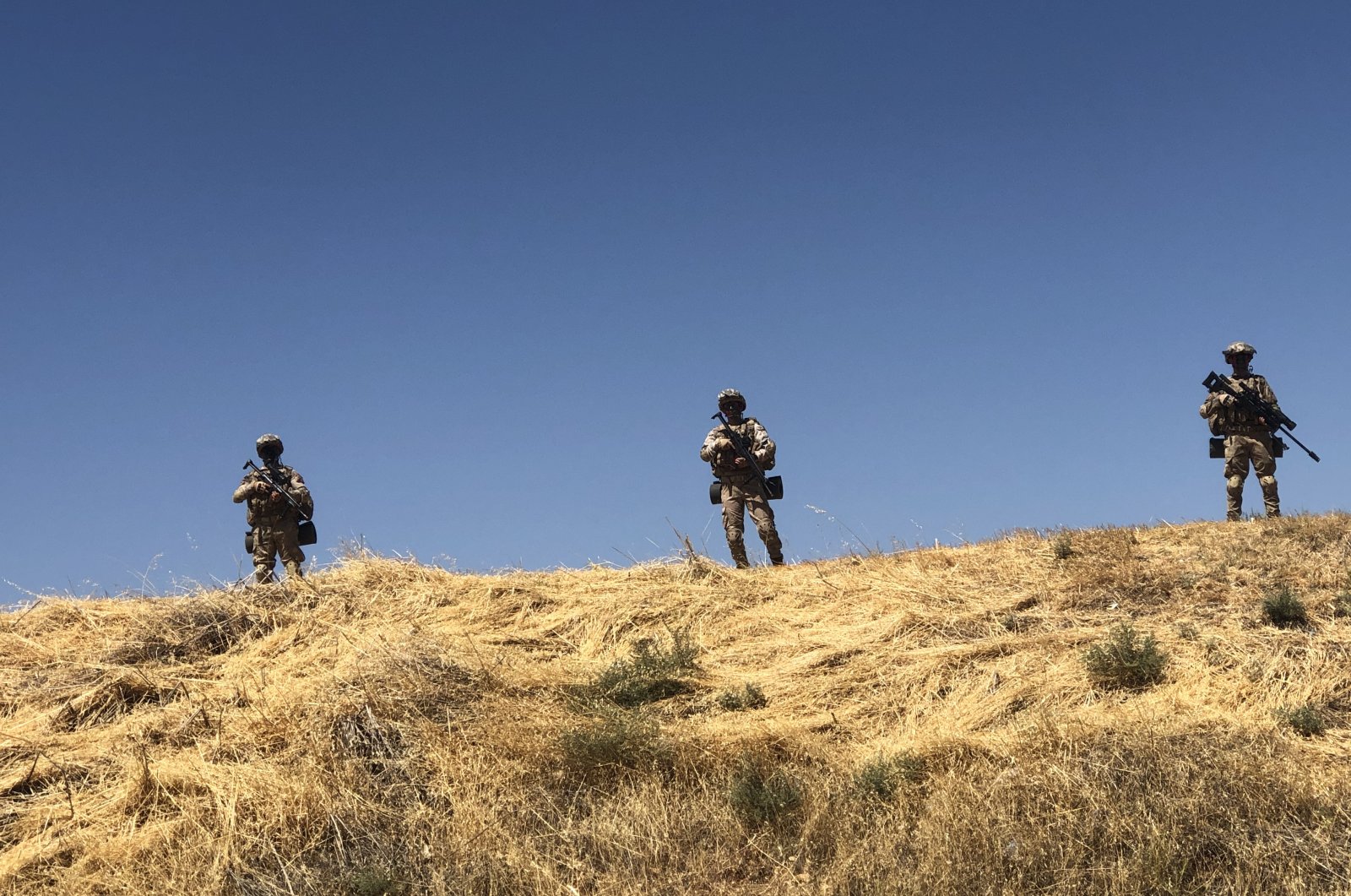 Turkish security forces regularly conduct counterterrorism operations in the eastern and southeastern provinces of Turkey, where the PKK has attempted to establish a strong presence. (AA Photo)
by DAILY SABAH WITH AA Sep 06, 2020 11:29 am
RECOMMENDED

Turkish security forces’ counterterrorism operations continue to eliminate the threat posed by PKK terrorists in and outside the country.

As part of the operation, launched in the Haftanin region on June 16, Turkish commandos carried out intensive search and screening activities backed by air support in northern Iraq, the ministry said in a statement.

The operation has progressed successfully as planned, it added.

Turkish forces seized and destroyed weapons, ammunition and other materials from 269 shelters and 53 caves in the Haftanin region.

Turkey's Claw-Tiger and Claw-Eagle operations were launched in June to ensure the safety of the Turkish people and borders by eliminating the threat of the PKK and other terrorist groups that often use northern Iraq to plan cross-border attacks.

Turkey has long been stressing that it will not tolerate terrorist threats posed against its national security and has called on Iraqi officials to take the necessary steps to eliminate the group. Ankara previously noted that if the expected steps are not taken, it would not shy away from targeting terrorist threats, particularly in Sinjar.

At least 91 PKK/YPG terrorists were killed in Iraq and Syria over the last 10 days, Turkey's National Defense Ministry confirmed Sunday.

Turkish armed forces had killed 16 PKK/YPG terrorists in Iraq and Syria over the last 24 hours, the ministry said in a statement.

"Thus, in the last 10 days, 91 PKK/YPG terrorists have been neutralized," it added.

Turkish authorities often use the word "neutralize" to imply the terrorists in question surrendered or were either killed or captured.

Since 2016, Turkey has launched a trio of successful anti-terrorist operations across its border in northern Syria to prevent the formation of a terror corridor and enable the peaceful settlement of locals: Euphrates Shield (2016), Olive Branch (2018) and Peace Spring (2019).

Operation Lightning-1 Cudi, launched in the southeastern province of Şırnak on July 14, and its associated operations are meant to target terrorists believed to be hiding out in eastern and southeastern Turkey.

Çataklı also said that this August Turkey eliminated a total of 81 terrorists on Turkish soil during Lightning and separate operations, including several on the ministry's wanted list.

In August, Turkey carried out a total of 9,197 counterterrorism operations in rural areas and 840 in provincial areas, he said.

The terrorists' affiliation was not mentioned, but the PKK has been active in the region.