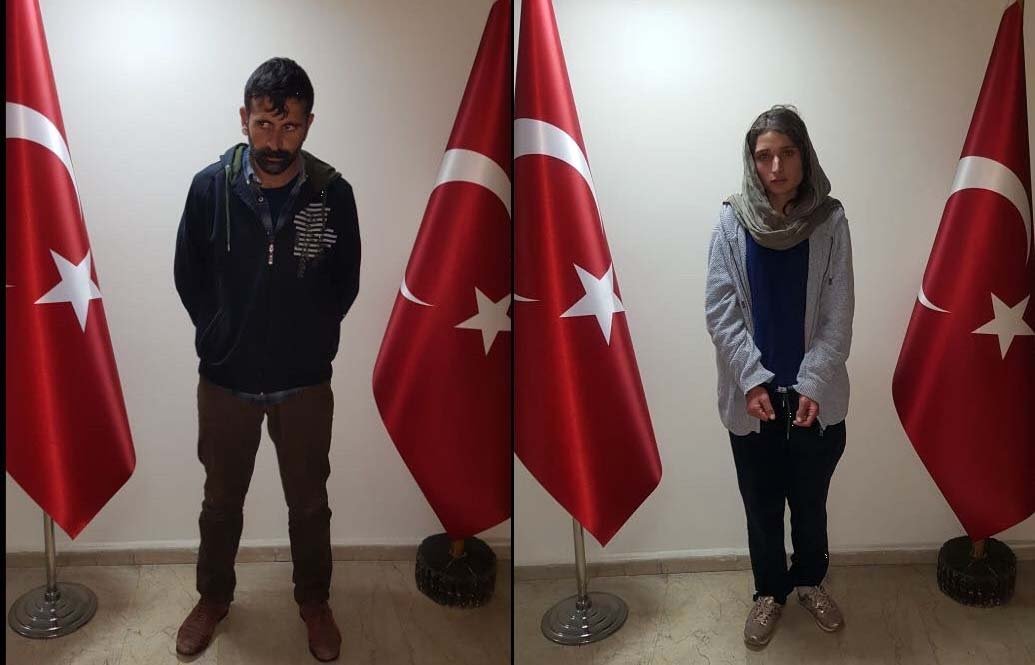 The terrorist group members, Emrah Adıgüzel, codenamed Mazlum Jir Agiri, and Pervin Arslan, codenamed Sarina/Diljin, were brought to Turkey, said the source who asked not to be named due to restrictions on speaking to the media.

Adıgüzel joined the terror group in 2012 and started to operate in rural areas of northern Iraq, including the Gara, Sincar and Hakurk regions. He acted as the bodyguard of a so-called senior figure of the terror group, Duran Kalkan, code-named Abbas, for two years. Last year, he was sent to Iran by the terror group to act as one of the so-called regional coordinators of the organization.

Pervin Arslan, who joined the rural members of the terror group in 2014, operated in the Metina region of northern Iraq, as well as in northern Syria, took part in the organization's sabotage, assassination and attack units. She was sent to Iran in 2019 to participate in the terror activities there, the source added.