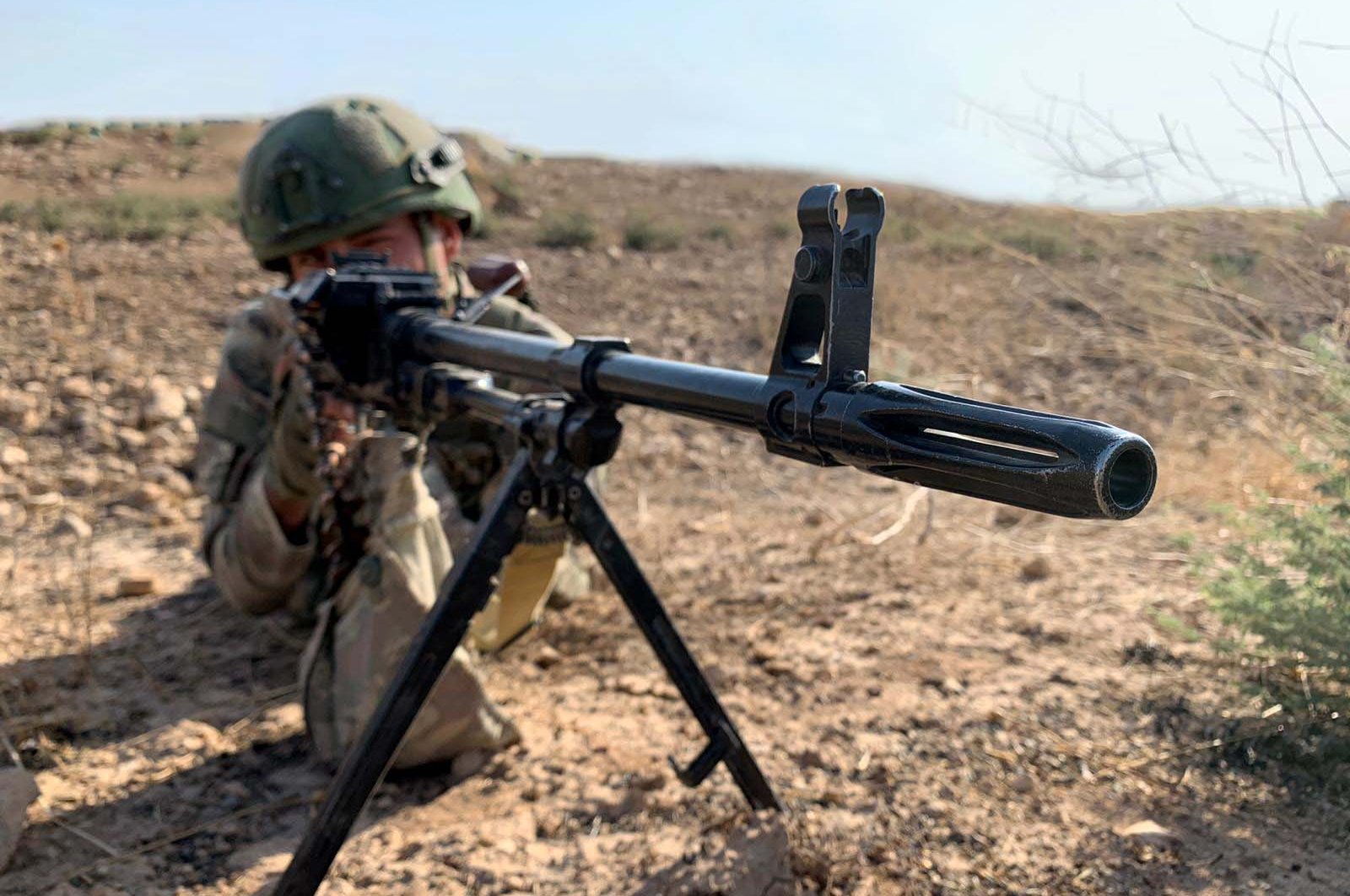 During the month of March, a total of 111 terrorists, including some of the group's senior members, were killed as part of counterterrorism efforts by the Turkish security forces. (DHA)
by Anadolu Agency Apr 03, 2020 5:01 pm
RECOMMENDED

With several successful operations of its security forces in March, Turkey inflicted heavy blows on the YPG/PKK terrorist group, which has killed tens of thousands of people, including infants, children, women, teachers and doctors, in its decades-long terror campaign.

A total of 111 terrorists, including some of the group's senior members, were killed as part of counterterrorism efforts by the Turkish Armed Forces (TAF) and National Intelligence Organization (MİT) to thwart attacks seeking to disturb the peace and unity of the country.

On March 9, two terrorists, who have been in the organization for over 20 years, were caught by military police in eastern Van province, bordering Iran. They were the personal bodyguards of YPG/PKK ringleaders Murat Karayılan and Cemil Bayık. In their subsequent testimony, the terrorists said panic grew in the organization as Turkey escalated its operations and that, as a result, internal executions were performed within the terrorist organization.

Notably on the same day, Halide Tarı, a senior terrorist who went by the code name of Ayten Amed, was killed in the Qandil region of northern Iraq. Tarı joined the terror group in 1990 and was responsible for the coordination of YPG/PKK's mobile forces.

On March 11, Duygu Karayel codenamed "Siya Munzur", a terrorist on the state's most-wanted list, was persuaded by gendarmerie forces in southeastern Mardin to surrender.

On March 30, Nazife Bilen, a member of the top-level KCK, an umbrella body of the PKK terrorist group, leadership committee, which plays a decision-making role, was killed.

As of March 2020, a total of 67 terrorists had surrendered to security forces.

Meanwhile, for over 210 days, dozens of parents of terrorists have been staging a sit-in protest outside the offices of the Peoples' Democratic Party (HDP), a political group accused of having links to the YPG/PKK terror group.

In its more than 40-year campaign against Turkey, the PKK, listed as a terrorist organization by Turkey, the U.S. and the European Union, has been responsible for the deaths of 40,000 people. The YPG is the PKK's Syrian offshoot.