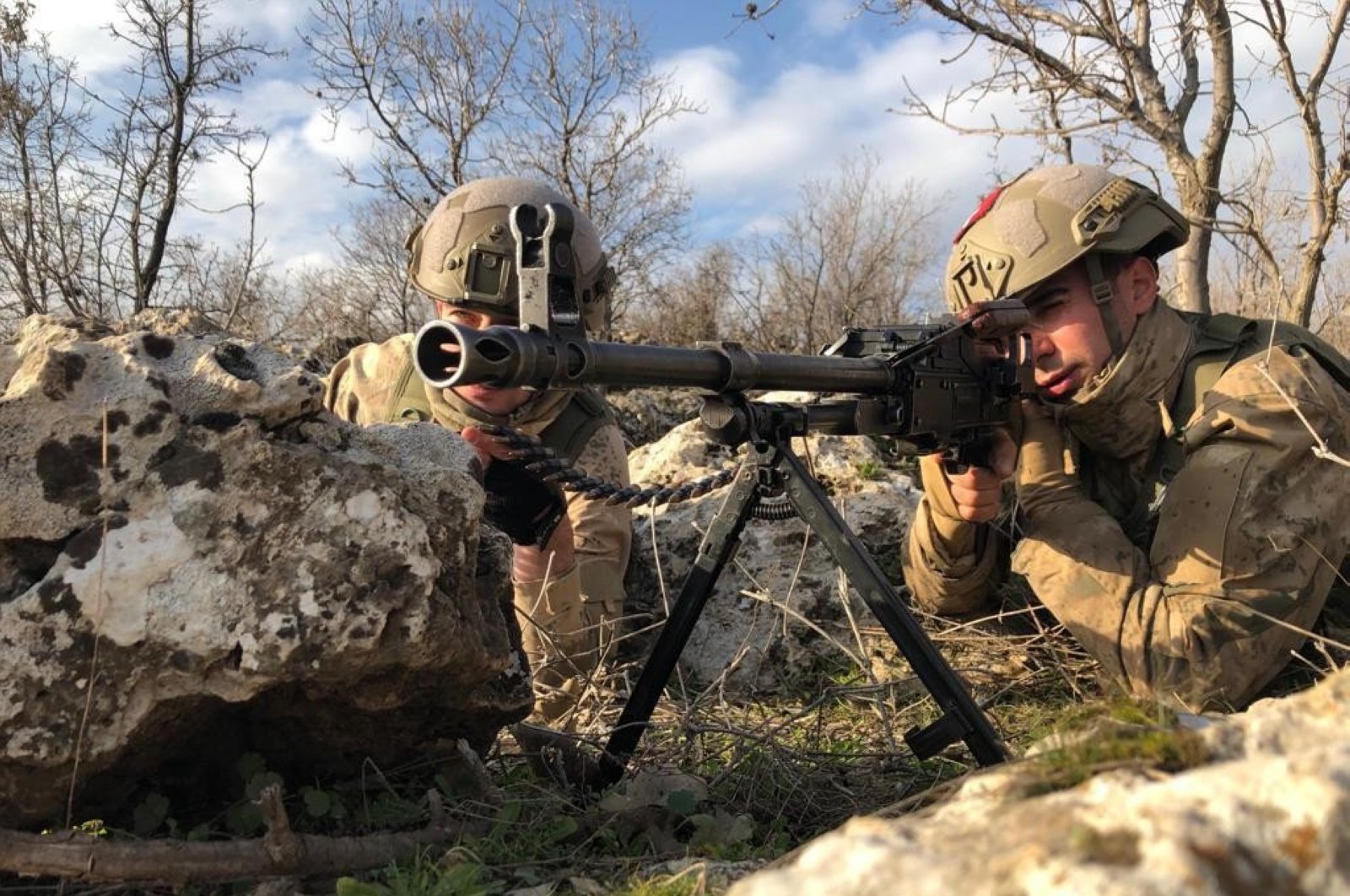 Turkish security forces regularly conduct counterterrorism operations in the eastern and southeastern provinces of Turkey where the PKK has attempted to establish a strong presence and bases (AA Photo)
by DAILY SABAH WITH AA Jun 10, 2020 12:16 pm
RECOMMENDED

"Eight more PKK terrorists detected through reconnaissance and surveillance activities in Zap and Haftanin regions were neutralized with instant aerial operations," the ministry said on Twitter.

The ministry said the Turkish army was "determined" to eliminate the terror threat posed by the PKK.

Turkish authorities use the term "neutralized" to imply the terrorists in question surrendered or were killed or captured.

One YPG/PKK terrorist who fled from the north of Syria surrendered to the border police station in Nusaybin district of Mardin province, the ministry said on Twitter.

Another PKK terrorist who left the shelter areas in the north of Iraq laid down arms in southeastern Silopi, it added.

"As a result of our decisive operations, PKK terrorists continue to surrender," the ministry said.

Turkish security forces regularly conduct counterterrorism operations in the eastern and southeastern provinces of Turkey where the PKK has attempted to establish a strong presence and bases. The Turkish Armed Forces (TSK) also carries out cross-border operations in northern Iraq, a region where PKK terrorists have hideouts and bases from which to carry out attacks in Turkey, paying particular attention to targeting high-level terrorists.

In domestic operations, security forces on Wednesday seized improvised explosives stored by PKK terrorists in the country's southeast, according to a security source.

Gendarmerie forces for the Mardin province and the National Intelligence Organization (MIT) launched an operation in a rural area of the Güzelsu district to locate storage and shelter areas used by the terrorist group, said the source, who asked not to be named due to restrictions on speaking to the media.