Turkish-German mother hopes to reunite with daughter recruited by PKK 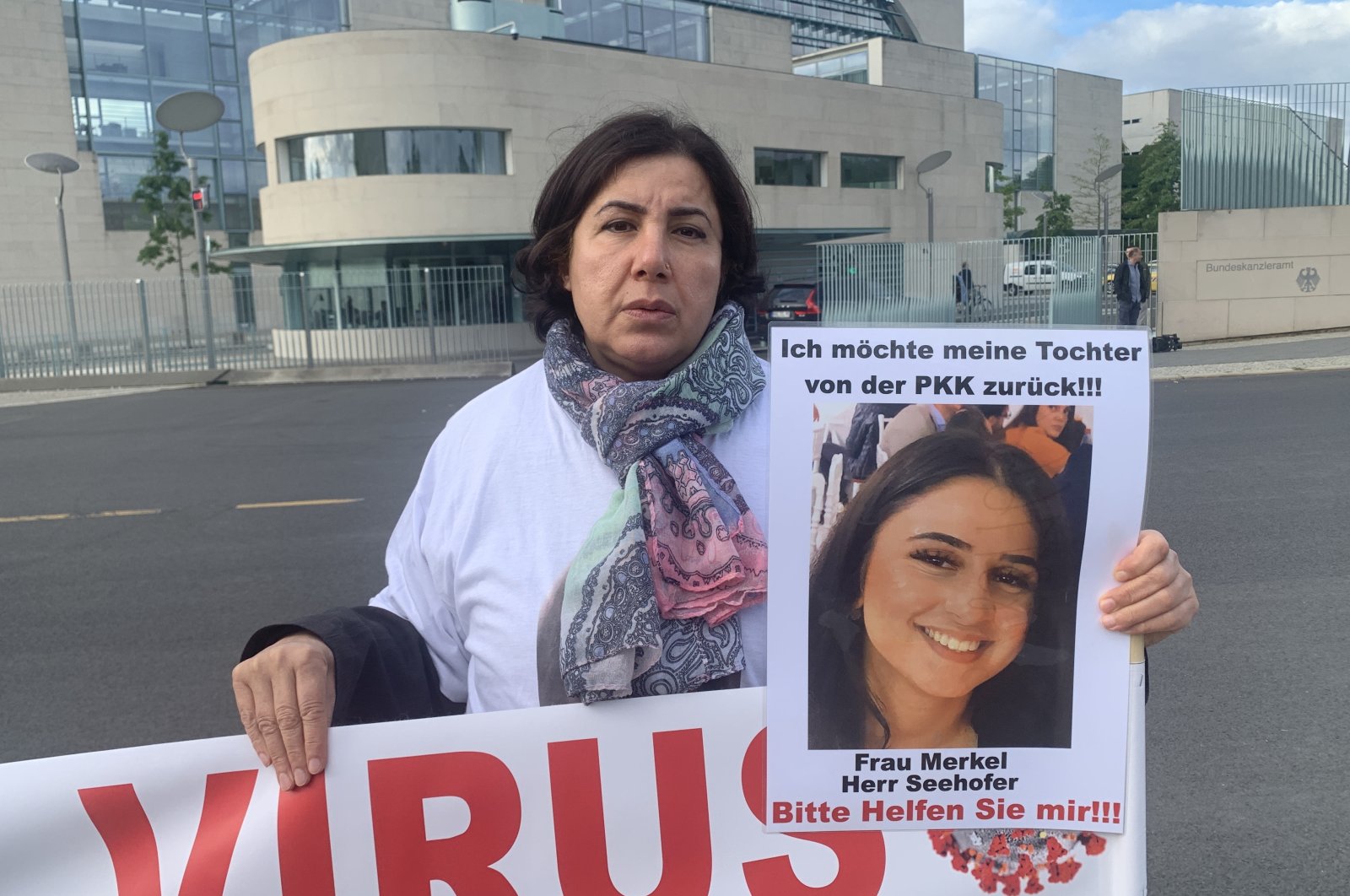 A desperate Turkish-German mother urging authorities to return her daughter who was forcibly recruited by PKK terrorists continues to stage protests in front of the German Chancellery in Berlin.

Maide T., who has been protesting for months, staged a protest after German Chancellor Angela Merkel attended a Cabinet meeting on Wednesday.

The sad mother told reporters that she envies some of the mothers protesting in southeastern Turkey’s Diyarbakır province who were reunited with their children recruited or kidnapped by the PKK.

“I am hopeful. I hope I will also be able to experience that kind of joy,” she said.

Noting that she consistently thinks about her daughter’s whereabouts and is concerned about her health, Maide T. said she cannot sleep.

Last month, Maide T. said that she is planning to sue the German state for failing to bring her daughter back.

A Berlin resident, Maide has been trying to find her daughter, Nilüfer, since Nov. 12, when she was kidnapped by the PKK. Yet, all her efforts seem to be in vain as German police refuse to help her.

In late May, she called on Merkel to help her and held protests in front of the German Chancellery.