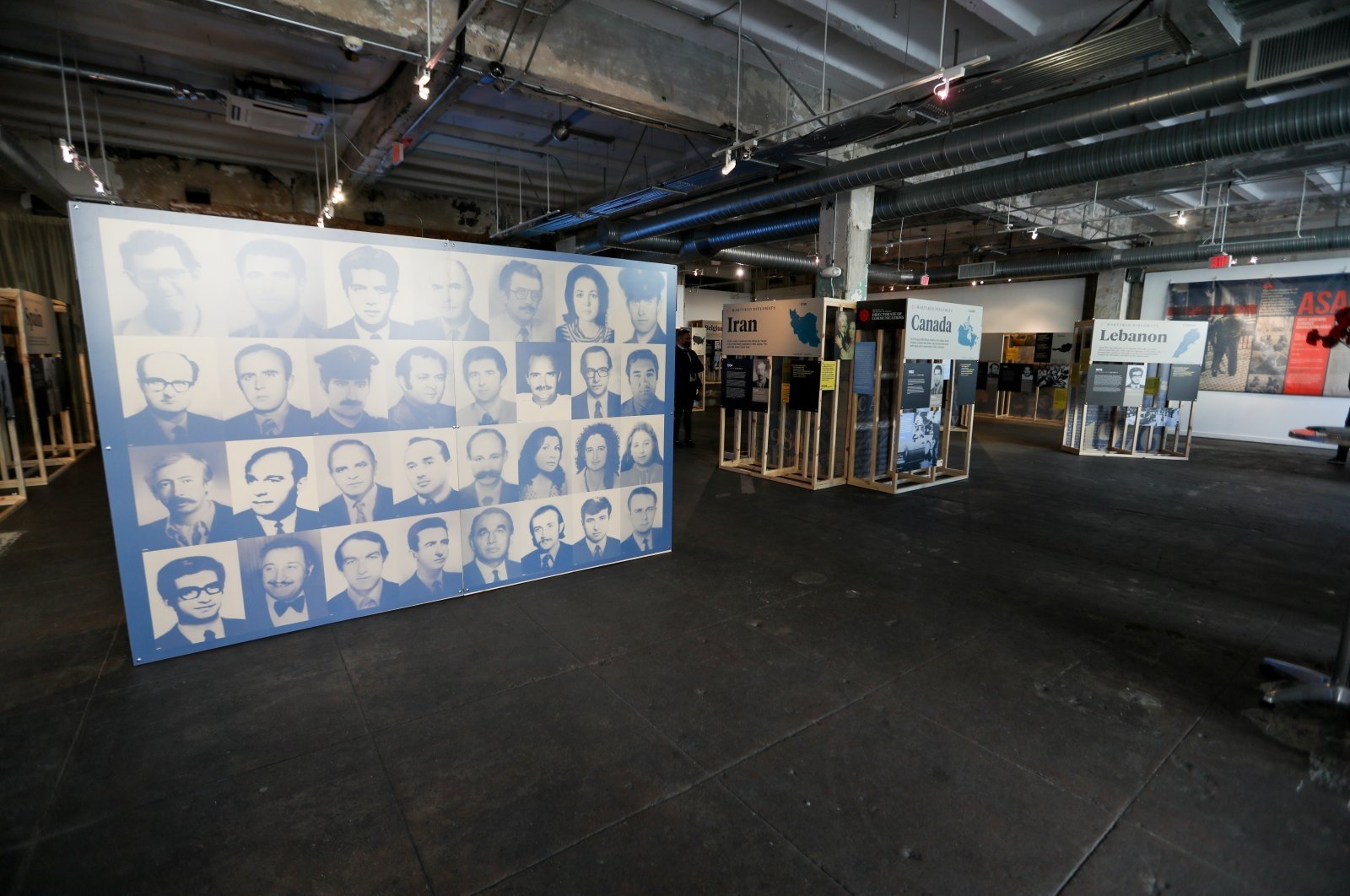 Turkey's Directorate of Communications has opened an exhibition in the United States' capital in memory of Turkish diplomats killed by Armenian terrorists, Washington, D.C., U.S., May 18, 2021. (AA Photo)
by DAILY SABAH WITH AA Aug 27, 2021 4:41 pm
RECOMMENDED

Turkey on Friday commemorated a military attaché to Canada who was assassinated by an Armenian terrorist group in 1982.

"We remember with respect our martyr, Colonel Atilla Altıkat, Military Attaché of the Turkish Embassy in Ottawa, assassinated in the heinous attack by the Armenian terrorist organization JCAG on 27 August 1982," the Foreign Ministry said on Twitter.

On Aug. 27, 1982, while stopped at a red light, Altıkat was shot to death in the Canadian capital Ottawa.

The attack was one of scores of assassinations of Turkish diplomats and their families around the world by the Armenian terrorist groups ASALA and JCAG.

According to data compiled by Anadolu Agency (AA), a total of 77 people – 58 of them Turkish citizens, including 31 diplomats and members of their families – lost their lives in attacks carried out by Armenian terrorist groups.

From 1973 to 1986, the terror groups ASALA (Armenian Secret Army for the Liberation of Armenia), JCAG (Armenian Justice Commandos) and ARA (Armenian Revolutionary Army) carried out attacks targeting Turkish diplomats and their families.

The murderous campaign started in 1973, when Turkey's Consul General in Los Angeles Mehmet Baydar and diplomat Bahadır Demir were martyred in an attack by a terrorist named Gourgen Yanikian.

ASALA, founded in 1975, was the first Armenian terrorist group to wage war against Turkey.

It targeted not only Turkey but also other countries and became infamous for a 1975 bomb attack on the Beirut office of the World Council of Churches.

The JCAG initially gained notoriety by claiming responsibility with ASALA for an Oct. 22, 1975 attack on Daniş Tunalıgil, Turkey's ambassador in Vienna.