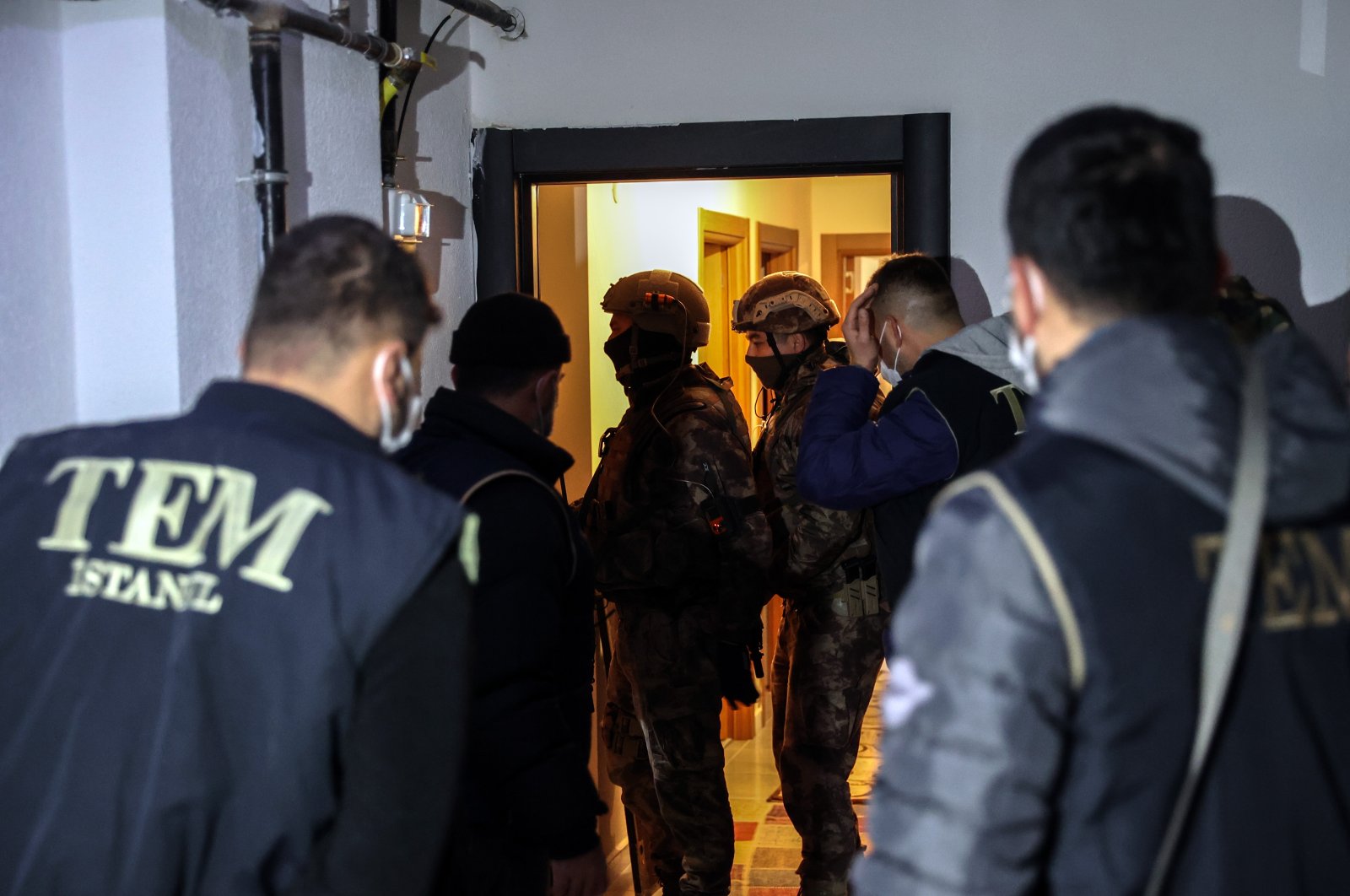 Eighteen people, 16 of them foreign nationals, were arrested in Istanbul, Turkey for having suspected links to the Daesh terror group, security sources said Wednesday.

Police units launched simultaneous raids on 15 addresses in 10 districts to nab the suspects, who allegedly operated in the terror group in Iraq and Syria and tried to enter Turkey illegally.

Digital materials belonging to the terrorist group were also seized in the operation.