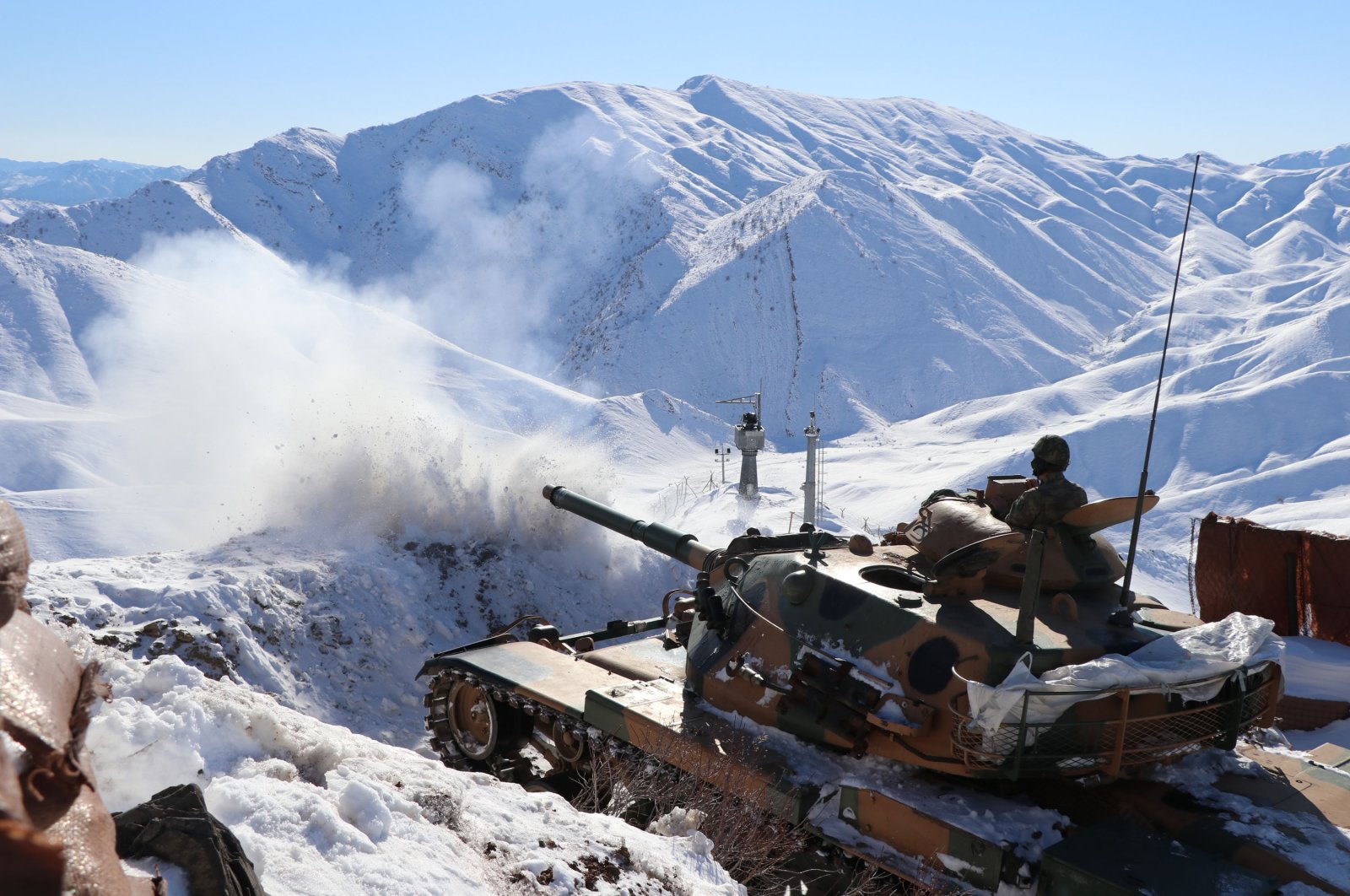 Turkish security forces’ operations to eradicate terrorist groups both within the country and near its borders continue as many Daesh and PKK terrorists have been targeted in recent days.

Turkish police and the country's intelligence service arrested 35 Iraqi nationals in the capital Ankara on Tuesday over their alleged links to the Daesh terrorist group, according to security sources.

Provincial police in Ankara and the Turkish intelligence service conducted a joint operation after receiving information about 40 suspects having links to the Daesh terrorist group, which is active in conflict zones. An operation is ongoing to nab the remaining suspects.

Seven people with suspected links to Daesh were also arrested in central Turkey on Monday.

Local gendarmerie forces in Kayseri province raided five addresses in the Kocasinan district to arrest the suspects, all from Syria, said the sources who asked not to be named due to restrictions on speaking to the media.

The terror suspects, who entered Turkey illegally, were last active in the Syrian city Azaz between 2011-2015.

In another domestic operation, at least four people have been arrested over suspected links to the PKK terrorist group in Istanbul, according to security sources on Tuesday.

Istanbul police arrested the suspects in simultaneous operations at various locations after receiving a tip-off that senior PKK leaders provided financial support and instructions to the terrorist group's youth wing to carry out attacks.

The terrorists, identified through reconnaissance and surveillance in northern Iraq's Avasin-Basyan region, were targeted by an air operation, the ministry said on Twitter.

A total of 10 terrorists have been killed in the last 24 hours, it added.

The ministry also shared footage that showed the air operation in action.

The Turkish Armed Forces (TSK) regularly conduct cross-border operations in northern Iraq, a region where PKK terrorists have hideouts and bases from which they carry out attacks against Turkey.

In a statement, the ministry said the terrorists were trying to infiltrate into the Operation Peace Spring zone.

Since 2016, Turkey has launched a trio of successful anti-terror operations in northern Syria to prevent the formation of a terror corridor and enable the peaceful resettlement of residents: Euphrates Shield (2016), Olive Branch (2018) and Peace Spring (2019).

In its more than 40-year terror campaign against Turkey, the PKK – listed as a terrorist organization by Turkey, the United States and the EU – has been responsible for the deaths of 40,000 people, including children and infants.