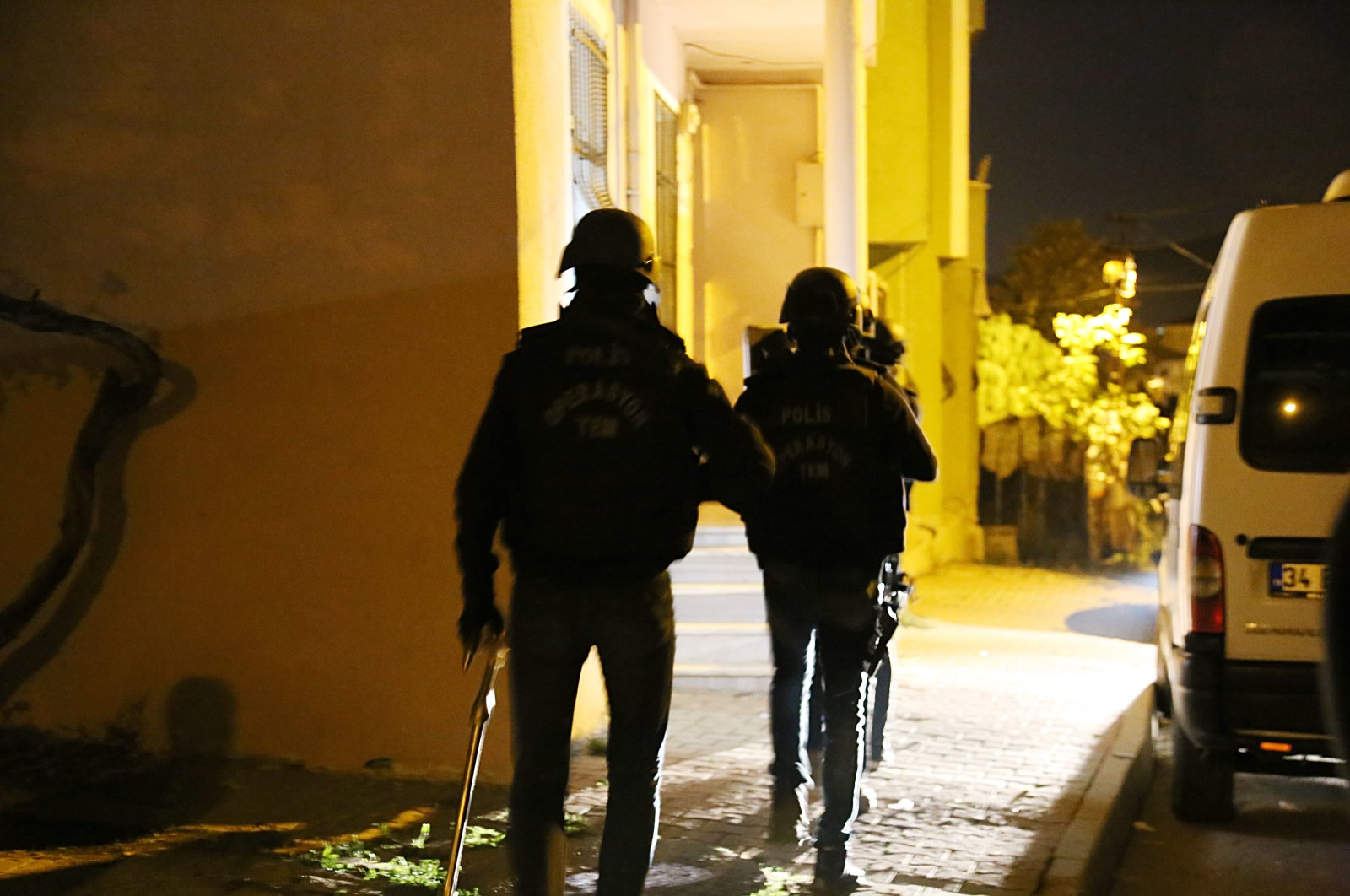 The police in the southeastern Mardin province nabbed the three terrorists, who infiltrated a group of migrant and refugee families to enter Turkey, Anadolu Agency (AA) reported.

They found the pipe-type bombs hidden inside a bag filled with diapers, allegedly to be used by the PKK to carry out attacks in urban areas.

The terrorists were referred to the court, which ruled for their arrest and sent them to prison.

In the province of Malatya, police arrested a PKK terrorist who entered Turkey through the Syrian border with a fake ID to carry out assassinations and bomb attacks.

He was trained for sharpshooting, building explosives, and assassinations among other things, the security agency said.

Upon interrogation, he identified organization members and shared their latest tactics.

At least five other PKK suspects were detained in Diyarbakır yesterday for mediating a child’s abduction to be recruited by the PKK terror group, in line with the testimony of a surrendered terrorist.

The child was abducted five years ago when he was 14, and surrendered to security forces some time ago, according to a security source, who asked not to be named due to restrictions on speaking to the media.

As part of an investigation launched by prosecutors in the southeastern province, the network who mediated the terrorist’s participation in the PKK terror group was revealed, said the source.

Addresses of the suspects were raided and all five were held, the source added.

Launched on Sept. 3, 2019, mothers whose children were forcibly recruited by the terror group, have been staging a sit-in demonstration that has grown daily outside the office of the pro-PKK Peoples’ Democratic Party (HDP) in Diyarbakır. Turkey has accused the party of having links to the PKK terror group.

To date, nearly 20 terrorists surrendered upon their families’ call and persuasion efforts by the Turkish security forces.

In Turkey, offenders who are linked to terrorist groups and surrender are eligible for possible sentence reductions under a repentance law.

Turkey has stepped up its fight against PKK terrorists, with security forces carrying out counterterrorism raids and operations to clear terrorists and hold terrorist supporters accountable.

Over the course of its decadeslong terror campaign against Turkey, the PKK – listed as a terrorist organization by Turkey, the U.S. and the European Union – has been responsible for the deaths of some 40,000 people, including women and children.