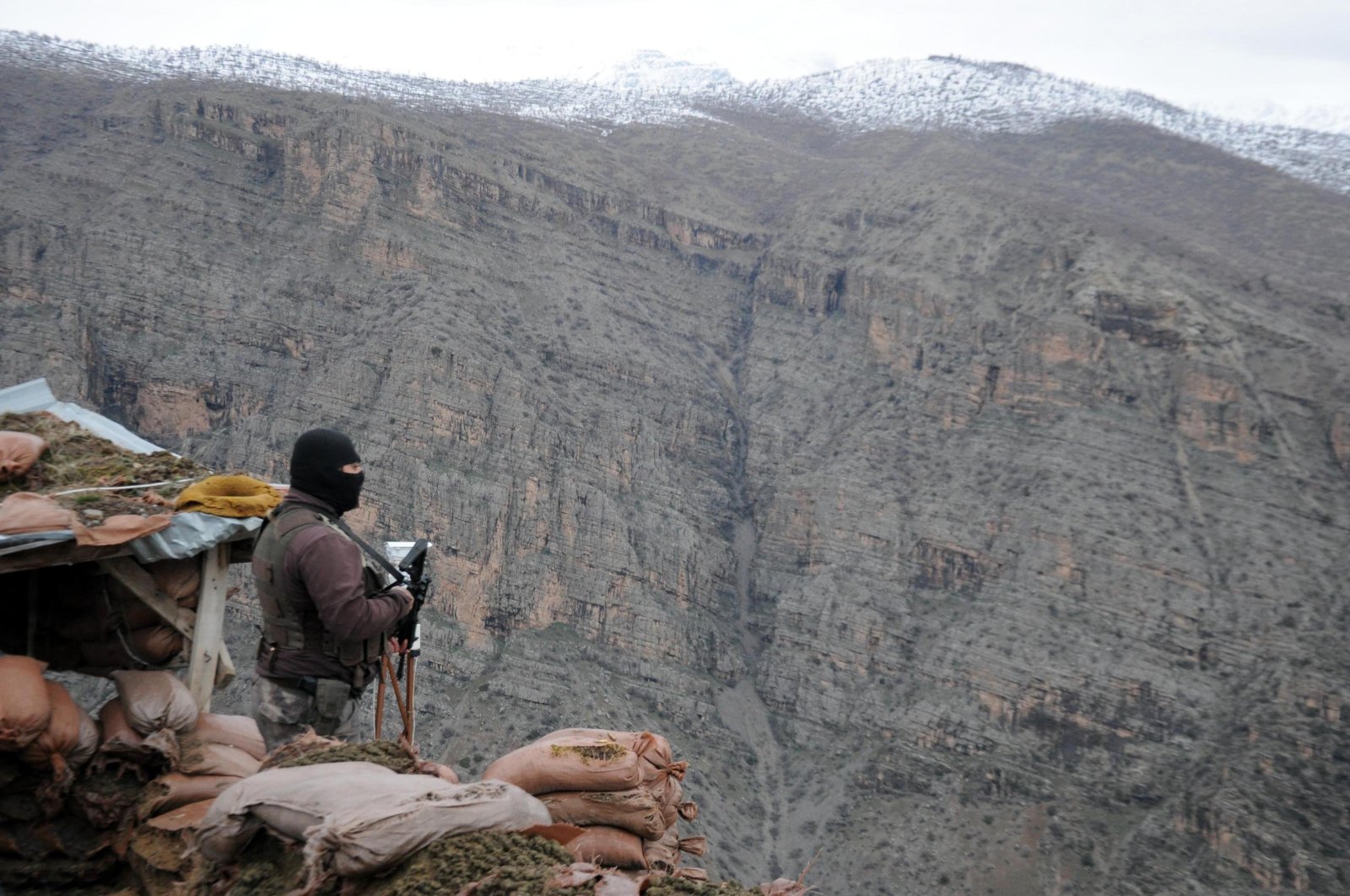 A Turkish soldier stands on guard in the Sancaktepe Base in Çukurca district, Hakkari province near the Iraqi border on Oct. 26, 2019 (Sabah File Photo)
by Daily Sabah with AA Apr 10, 2020 10:41 am
Edited By Nurbanu Tanrıkulu Kızıl
RECOMMENDED

According to a statement by the Defense Ministry, Turkish security forces killed a PKK/YPG terrorist in Operation Euphrates Shield region, three in Operation Olive Branch region and two others in Operation Peace Spring area in northern Syria.

The terrorists were trying to infiltrate and attack the areas cleared by the Turkish military, the ministry said.

The terrorist opened fire on security forces and was injured in clashes, the ministry said, adding that another terrorist accompanying and assisting him was also captured in the operation.

Listed in the Interior Ministry’s orange category, the terrorist was sought with a TL 1 million ($149,889) bounty on his head.

The statement added that counterterrorism operations in the region would continue without pause.