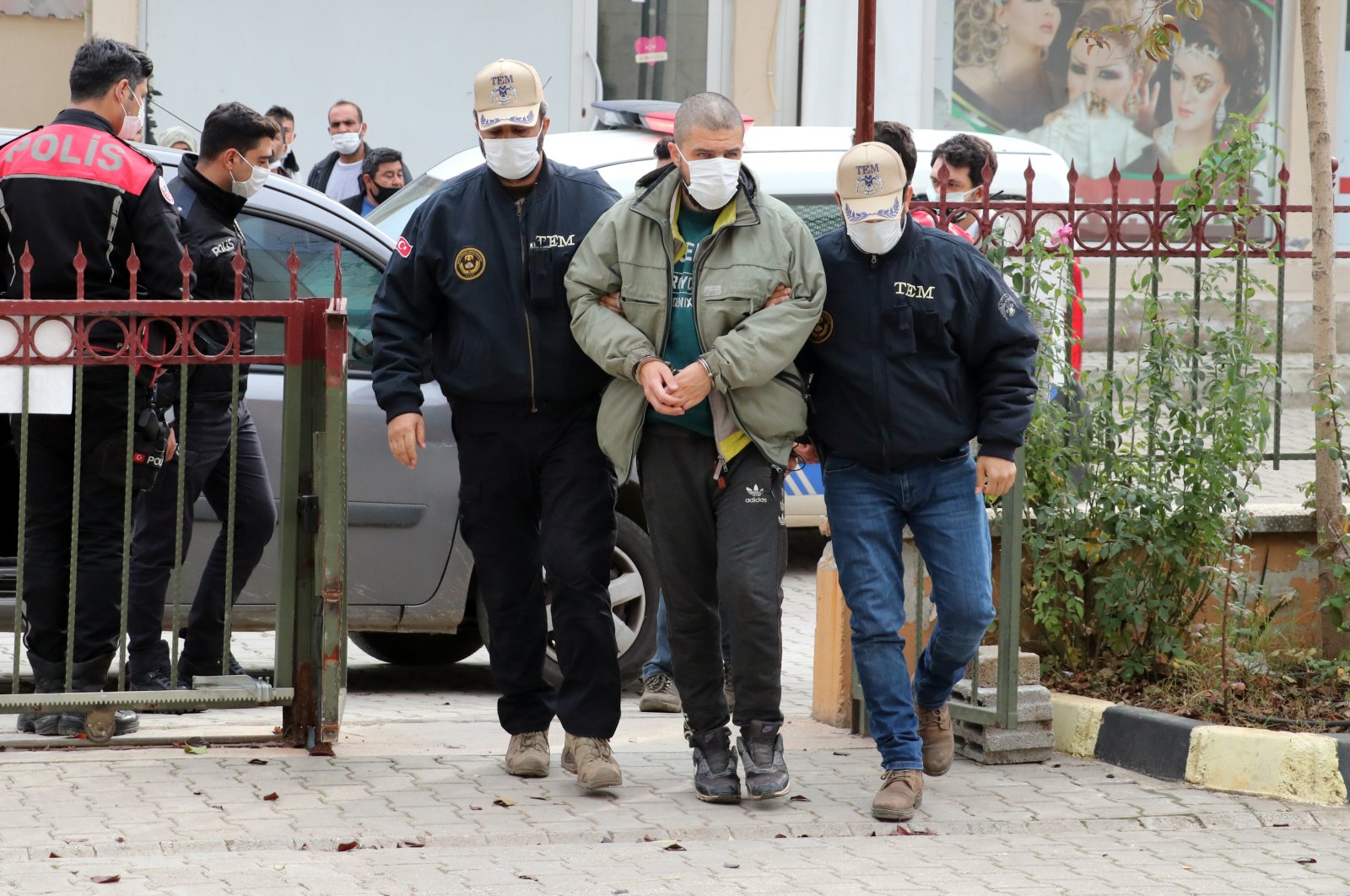 A French-origin terrorist was caught by Turkish security sources in southern Hatay province on Dec. 14, 2020 (AA Photo)
by DAILY SABAH Dec 14, 2020 11:22 am
RECOMMENDED

Turkish security forces have caught a terrorist of French origin wanted on a Red Notice trying to illegally enter Turkey across its southern border, the Defense Ministry announced Monday.

The ministry said in a statement that the terrorist, C.G., was caught in the southern province of Hatay attempting to cross into Turkey from Syria.

“Following the investigation, it was determined that the person was part of a structure called ‘Firqatul Ghuraba’ consisting mainly of French-origin people,” it added.

According to Agence France-Presse (AFP), the terrorist was recruited by Omar Omsen, also known as Omar Diaby, who is a French national of Senegalese descent suspected of funneling francophone fighters to Syria. He was captured in August in Syria by a group linked to al-Qaida.

The man, who tried to hide his identity, was transferred to the police department in the Reyhanlı district and later to the courthouse. It was not disclosed to which terrorist organization C.G. belongs.

Last month, President Recep Tayyip Erdoğan stated that Turkey had captured around 9,000 foreign terrorist fighters and sent them back to their countries, while nearly 100,000 terrorist suspects have been banned from entering the country.

The surprising thing about a recent terrorist attack in Vienna that killed four people was the fact that the attacker was handed to Austrian authorities by Turkey, only to be released shortly after, showing the incapability of European states to subdue foreign fighters.