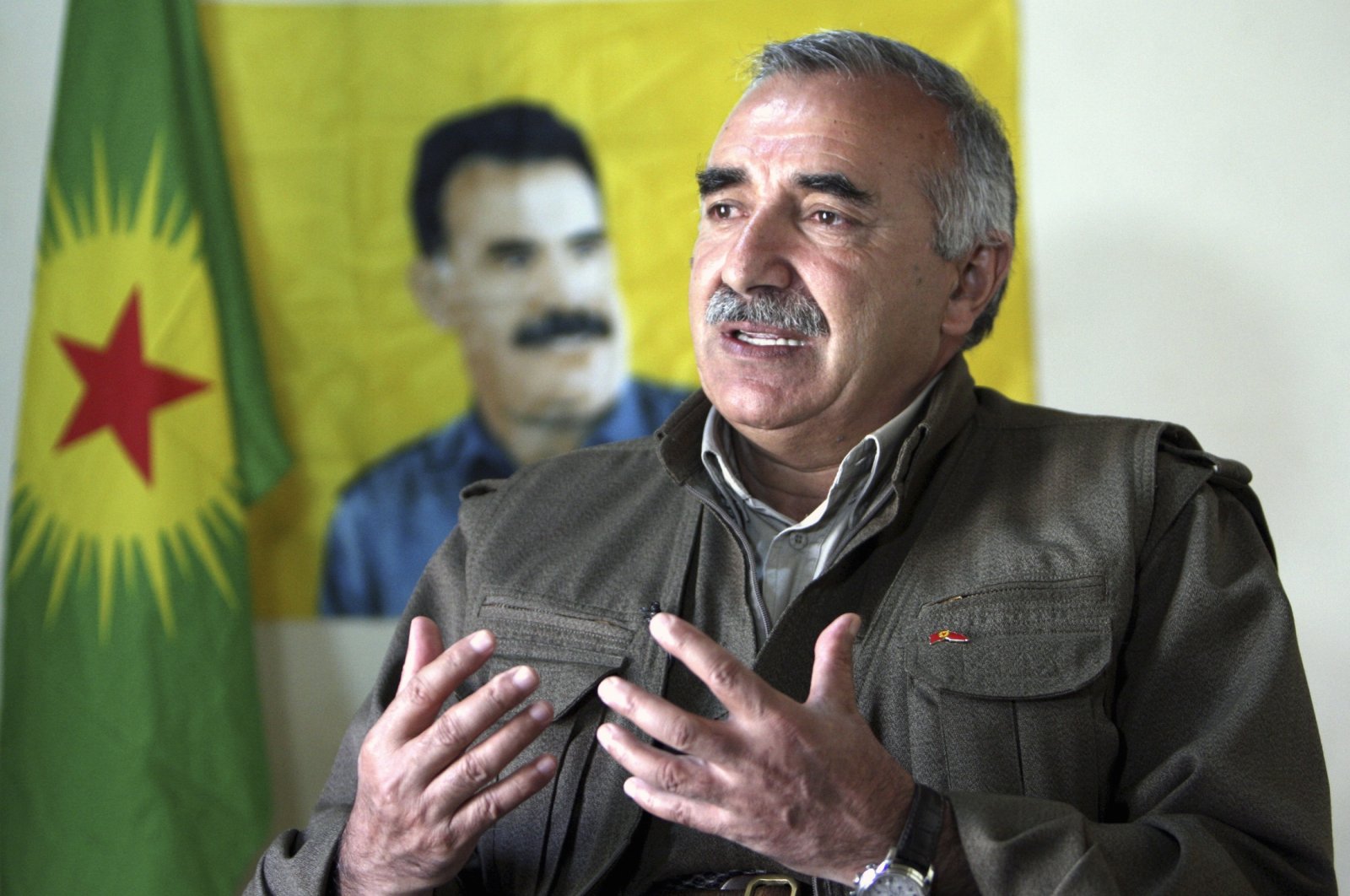 Two of the three PKK militants killed during a counterterrorism operation on Aug. 22 have been identified as the terrorist group's acting leader Murat Karayılan's bodyguards, Turkish security sources confirmed Wednesday.

According to the sources, Cihan Erbaş, codenamed Hüseyin Fırat, and Serhat Aykul, codenamed Ciger Amed, were sent to the Amanos Mountains in the southern province of Hatay on the orders of Karayılan, one of the masterminds of the notorious terrorist group.

The Yıldırım-5 anti-terror operation, which involved air support and over 1,400 Turkish security personnel, determined the terrorists' exact location in the Amanos Mountains, and they were eventually killed. The third terrorist was Şefik Körman, codenamed Ali Norşin.

According to a report in the Turkish language daily, Sabah, Erbaş was from eastern Turkey's Malatya and joined the terrorist group 12 years ago. Aykul, on the other hand, was from southeastern Diyarbakır province and joined the group seven years ago.

The daily also reported that both terrorists became Karayılan's bodyguards in 2014 and continued to be so until 2018, when they were transferred to the Amanos as the group was struggling at the time due to Turkey’s Olive Branch and Peace Spring and anti-terror operations.

Meanwhile, Körman was the third high-ranking terrorist killed in the operation. He was from southeastern Diyarbakır's Lice district. He was wanted on numerous terrorism charges, including multiple attacks between 2011 and 2015 in the district.

Körman, who was wanted by the Public Prosecutor’s Office in Diyarbakır, once also kidnapped a tourist. After abducting James Masami, a U.K. citizen of Japanese descent, on the highway between Lice and eastern Bingöl province, he killed two Turkish soldiers who were undertaking an operation to rescue him.

The terrorist also kidnapped two Turkish soldiers on another occasion and held them hostage for four days, later handing them over to Pervin Buldan and Idris Baluken of the pro-PKK Peoples’ Democratic Party (HDP).