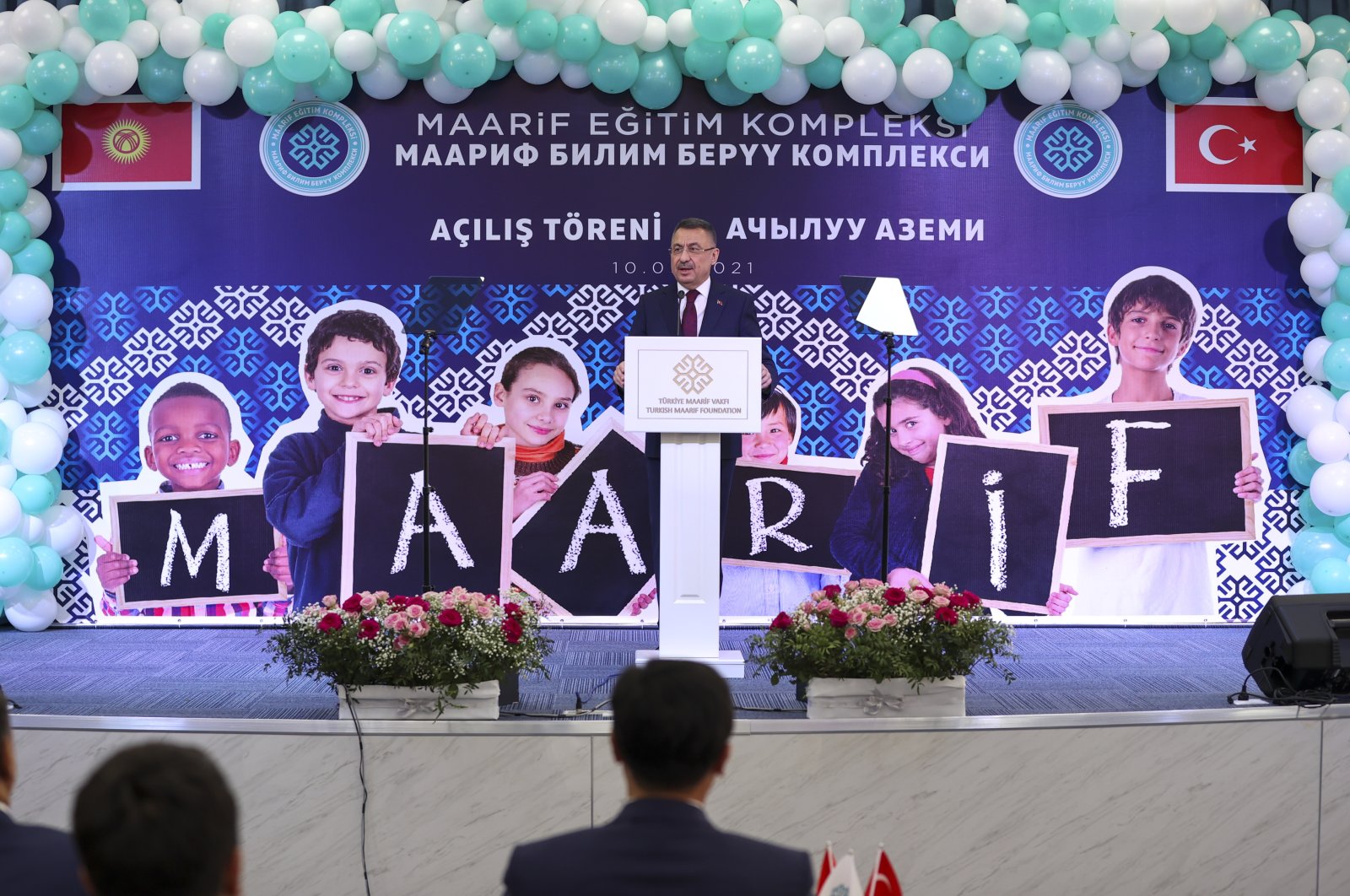 Vice President Fuat Oktay said high-quality education is one of the most effective ways to fight terrorism, which he said "poisons" future generations.

Oktay's remarks came during the opening ceremony of Turkey's Maarif Foundation education complex in the Kyrgyz capital of Bishkek Friday. He called the foundation Turkey's "pride" and "educational diplomacy move."

After the defeated coup carried out by the Gülenist Terror Group (FETÖ), Turkey established the Maarif Foundation to assume the administration of the overseas schools that the terror group used as a revenue stream.

Oktay underscored that the Maarif Foundation is the "current flag bearer of Turkey's deep-rooted education acquis."

He said education received at Kyrgyz Maarif schools will "flourish the minds" for the peace and tranquility of humanity.

"Bishkek Maarif schools, as the first educational complex opened in Central Asia, will both add value to the education life of Kyrgyzstan and raise young people who will add value to Kyrgyzstan," he said.

Oktay noted that the "visionary" young people in Bishkek will carry their country to the future by "building a bridge from the past to the present."

He also said that Kyrgyzstan is the 46th country where the Turkish Maarif Foundation opened an educational institution.

"Turkey and Kyrgyzstan are two brotherly countries with a common history, religion and language," he said.

The vice president also noted that the Bishkek education complex of the Maarif Foundation will provide lessons from pre-school to the high school level.

Oktay and his delegation were accompanied by the chairperson of Maarif Foundation, Birol Akgün, and Ulukbek Maripov, chairperson of the Cabinet of Ministers of Kyrgyzstan.