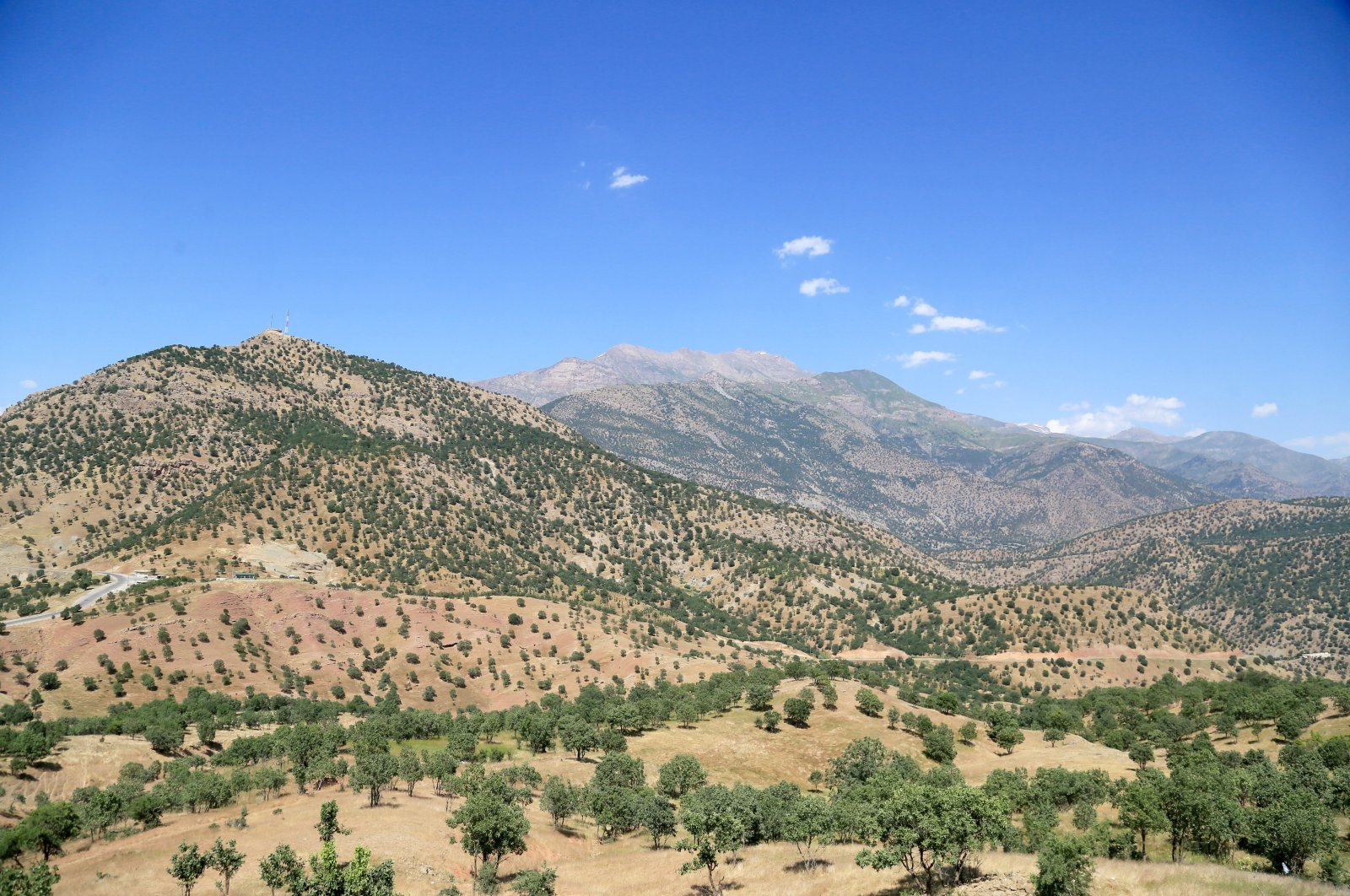 Speaking to the London-based Al-Araby Al-Jadeed newspaper, a security source at the Kurdish Regional Government (KRG) noted that authorities have imposed limitations on money transfers from the UAE.

The newspaper claims that the move came after the terrorist group appeared to have received financial aid from the UAE in recent months.

The security source in Irbil, who preferred anonymity due to security reasons, said the KRG has asked to obtain a "proof of approval" from security authorities over money transfers coming from the UAE to the region's foreign exchange offices and bank accounts.

He added that the new measure is required for money transfers exceeding $1,000 and this measure will be applied to all exchanges in Irbil, Duhok and Sulaymaniyah.

Ties between Turkey and the UAE have been strained by Ankara's support for Qatar after four Arab countries including the UAE imposed sanctions on Doha in 2017.

In Libya, where the U.N. says it has supplied aircraft and military vehicles to Haftar, the UAE called on all parties last month to commit to a U.N.-supervised political process to end the war.

The UAE was also a leading power in an alliance which intervened in Yemen five years ago against the Iran-aligned Houthi movement. It reduced its presence in Yemen last year but remains a member of that alliance.

UAE-Turkey relations have always been a bit distant, but the UAE has been blatantly stepping up its anti-Turkey efforts – and not only its war of words. From the Gezi events in 2013, which had been depicted as the "Turkish Spring," to the July 15, 2016 coup attempt by the Gülenist Terror Group (FETÖ), Turkish authorities have come across traces of the influence of Mohammed Dahlan, an adviser to Mohammed bin Zayed (MBZ), the crown prince of Abu Dhabi. The UAE has funded anti-President Recep Tayyip Erdoğan groups, including the outlawed PKK, according to reports. Turkish Foreign Minister Mevlüt Çavuşoğlu was referring to the UAE when he said after the failed coup attempt, "We know that a country gave $3 billion in financial support to the coup attempt in Turkey." In fact, some UAE-based media openly declared their support for the coup.

Turkey has also revealed a UAE spy network that has been operating all over the country. The proof, which was revealed through security forces investigating the case, demonstrated that the link with the network also had support from the CIA in their operations. The leader of the spies who were captured in April was identified by the National Intelligence Organization (MIT), revealing the details of the network. Disclosed only by his initials, H.E.R. was one of the key figures in the spy chain who was also determined to be the leader of two others who were detained.

The network was revealed through the arrest of two other UAE spies, Samir Semih Shaban and Zaki Y.M. Hasan, by the MIT in April this year. The pair allegedly came to Istanbul with the aim of detecting and gathering information on UAE adversaries after the controversial murder of journalist Jamal Khashoggi.

The Khashoggi murder is not the only case that the UAE grasped a hostile attitude against Turkey and tried to plot against the country. Shortly after the July 15 coup attempt carried out by FETÖ, David Hearst of the Middle East Eye claimed the owner of the Al-Ghad TV Channel, Dahlan, had transferred money to the terrorist group for the attempted coup.