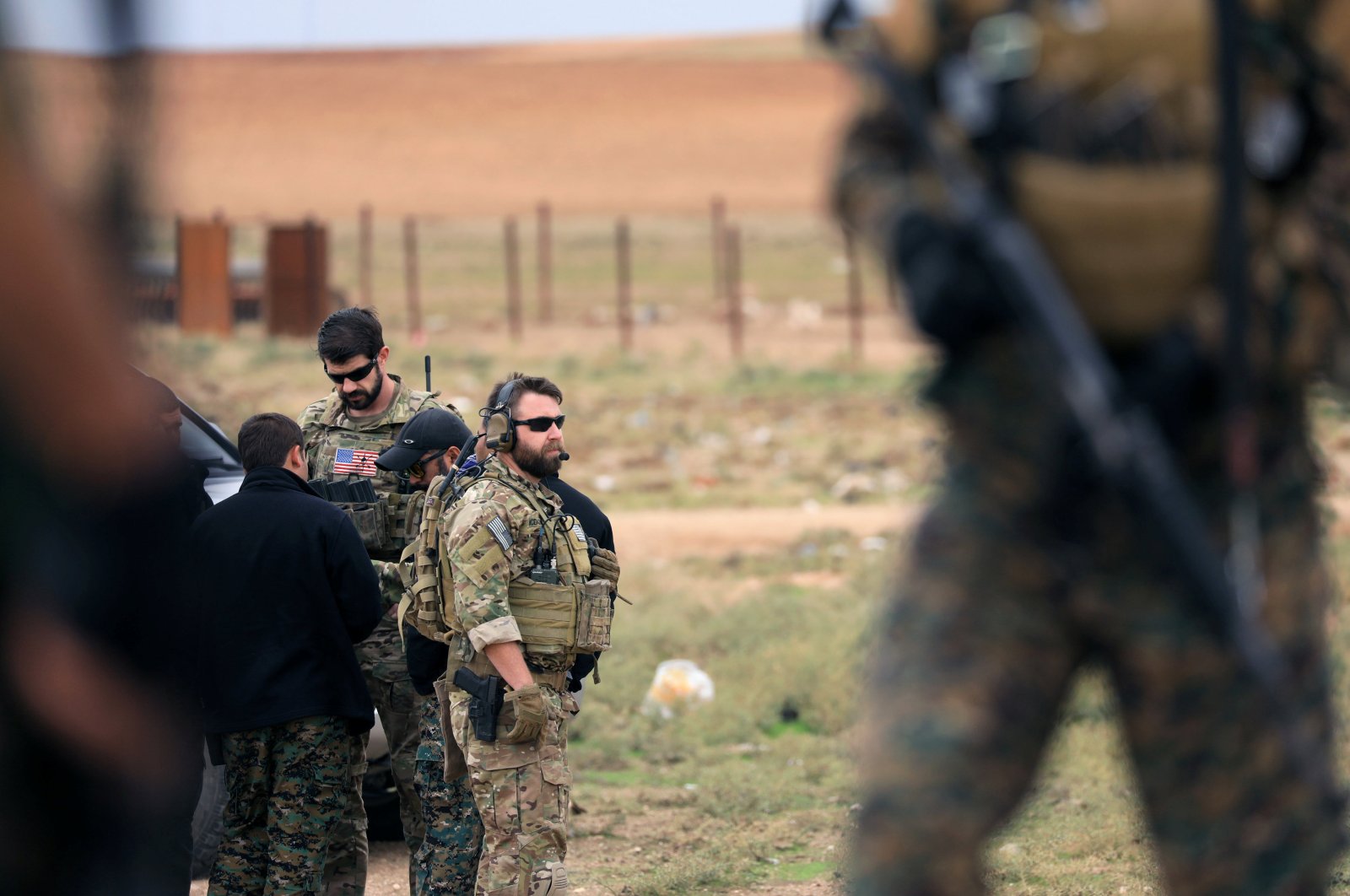 The U.S. and France are preparing to use the Kurdish National Council (KNC) in Syria as a cover to create an international representation space for the YPG/PKK terrorist organization in northern Syria.

The U.S. and France, which mediated negotiations between the YPG/PKK and KNC, have emerged with a new request, according to information obtained by Anadolu Agency (AA) from opposition Kurdish groups.

The two countries have asked the KNC to resign from the membership of the National Coalition for Syrian Revolutionary and Opposition Forces.

The countries commissioned the leader of Iraq's Kurdish Regional Government (KRG) Nechirvan Barzani since he was the biggest supporter of the KNC.

The U.S. and France suggested if the KNC was separated from the National Coalition for Syrian Revolutionary and Opposition Forces, the umbrella organization will lose its capacity of representing Kurdish people.

Therefore, they suggested that a new structure, which will be established in northern Syria, will represent Kurds in the international community.

The plan enables the YPG/PKK to participate in political processes in the international arena, from which they have been largely excluded until now.

Meanwhile, the KNC on Saturday refuted allegations that it had left the National Coalition for Syrian Revolutionary and Opposition Forces.

The negotiations, which lasted for about a month in al-Hassakah, a Syrian province under the YPG/PKK occupation, were held between delegations determined by Ferhat Abdi Sirin, code-named Mazlum Abdi, a prominent YPG/PKK ringleader, and Nechirvan Barzani.

Especially with the initiatives of the U.S., France and Irbil government, the YPG/PKK has fulfilled the conditions for the opening of offices for the KNC, the release of the KNC members who have been held and their free movement in the region.

During the negotiations, which were intensified by the initiatives of the U.S. and France over the past week, the parties have largely agreed on the so-called joint administration.

The only remaining problem was the returning of the peshmergas loyal to the KNC in northern Iraq, to the areas under the YPG/PKK occupation.

The return of the peshmergas has been postponed for now, and it was decided to put into operation the so-called joint administration as soon as possible, according to information obtained by the AA from the sources participating in the negotiations.

After occupying northern Syria, the YPG/PKK prevented activities of members of the opposition KNC, liquidated its armed elements and arrested many of KNC's political members. The terrorist organization had also locked the KNC offices.

For many years, the KNC has been known for its closeness to the Kurdish Democratic Party, led by Masoud Barzani. Some parties under the KNC operate with the financial support and the protection of the Barzani family.

Both the U.S. and France are known for their ongoing support of the terrorist group. Back in April 2019, French President Emmanuel Macron hosted a delegation of the so-called Syrian Democratic Forces (SDF), which is dominated by the YPG terrorist group.

Macron assured the SDF representatives, who were not named, of the "active support of France in the fight against Daesh which continues to be a menace for collective security," the presidency said in a statement. The move came following the U.S.' decision to withdraw from Syria, creating a fear of being left alone among the YPG terrorists.

After announcing the withdrawal of U.S. troops from Syria twice, President Donald Trump has added more complexity to the American military's mission in the region by claiming a right to Syria's oil.

Extending the mission to secure eastern Syria's oil fields happens to fit neatly into the Pentagon's view, supported by some Trump allies in Congress.

U.S. Defense Secretary Mark Esper said in November that the military's oil field mission will also provide the SDF, dominated by the YPG, a source of income.

Esper added that securing the Deir el-Zour oil fields was a legitimate move to block a major source of income for Daesh. A few years ago, the terror group was exploiting the oil to finance its so-called "caliphate," carving out large swaths of Syria and Iraq with an army that has largely been decimated.

Since the U.S. military carried out an air campaign destroying tankers used by Daesh to transport oil for black market sales and damaged many oil facilities, the U.S.-backed YPG terrorists, supported by a small contingent of U.S. troops, have taken control of the region's oil.