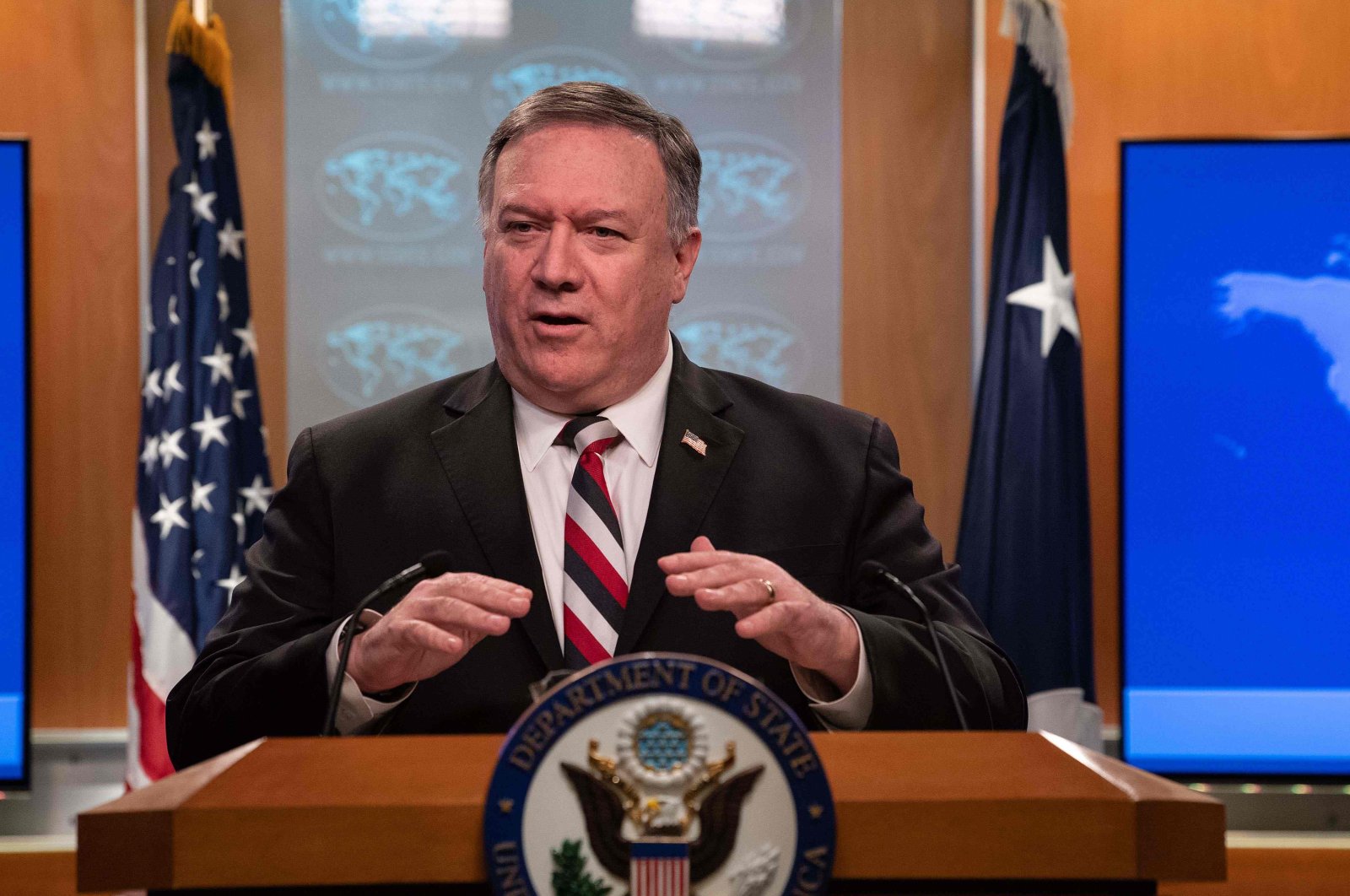 US Secretary of State Mike Pompeo announced sanctions on Syrian regime officials during a press conference at the State Department in Washington DC, on March 17, 2020. (AFP Photo)
by Compiled from Wire Services Mar 18, 2020 10:41 am
RECOMMENDED

Secretary of State Mike Pompeo announced new sanctions against the Syrian regime official, accusing him of destroying an earlier truce through the offensive.

"His deliberate actions since December 2019 have prevented a cease-fire from taking hold inside Syria," Pompeo said.

Ayoub has been added to the department's Specially Designated Nationals and Blocked Person List and any of his assets subject to U.S. jurisdiction have been frozen. Americans are now generally prohibited from conducting business with him.

The designation comes amid a halt to the Syrian regime's offensive on Idlib, in the country's northwest, which has displaced some 900,000 people, according to U.N. estimates.

Idlib has been the last major battleground between Bashar Assad's forces and opposition groups, some of which are backed by Turkey.

The offensive launched in December caused a new humanitarian crisis in Syria's brutal nine-year civil war with close to 1 million people fleeing in the dead of winter.

During his address to reporters, Pompeo for the first time held Russia responsible for the deaths of dozens of Turkish troops in Syria as it vowed accountability.

"We believe Russia has killed dozens of Turkish military personnel in the course of their military operation," Pompeo told reporters, without naming a specific incident.

"We stand with our NATO ally Turkey and will consider additional measures that support Turkey at the end of the violence," he said.

Turkey launched Operation Spring Shield on Feb. 27 after at least 34 Turkish soldiers were killed in an airstrike in Idlib province and after repeated violations of previous cease-fires.

Turkey and Russia, which back opposing sides in Syria's war, agreed on March 5 to halt military activity in the northwestern Idlib region after an escalation of violence displaced nearly 1 million people and brought the two sides close to confrontation.

The deal addresses Turkey's main concerns – stopping a flow of refugees and preventing the deaths of more Turkish soldiers on the ground.