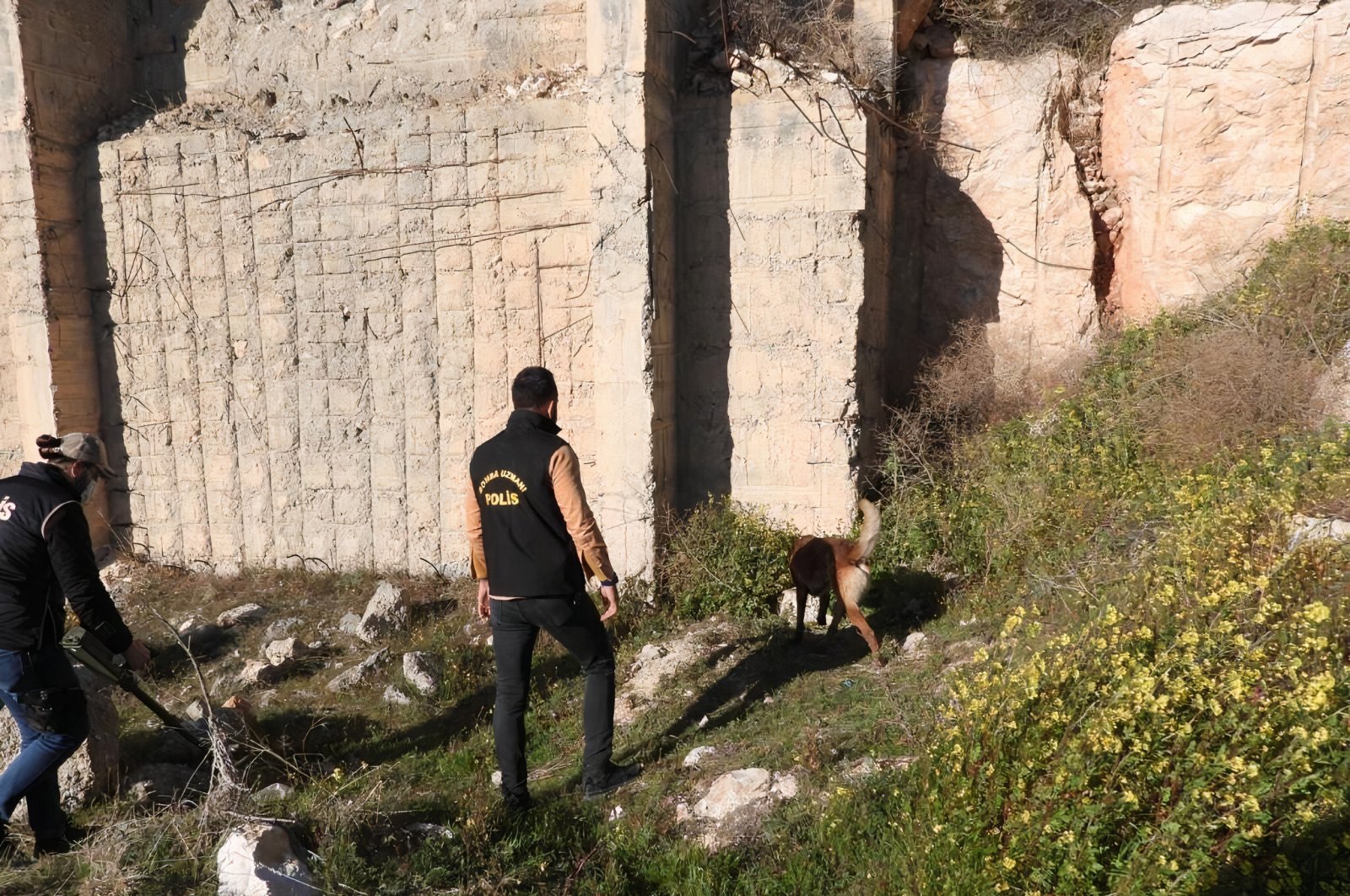 A team from the Şanlıurfa police station work near where almost 10 kilograms of explosives planted were found in stone pits close to the Şanlıurfa-Adıyaman highway, March 12, 2021 (IHA Photo)
by DAILY SABAH Mar 21, 2021 11:41 am
RECOMMENDED

Four suspects were arrested trying to cross into Turkey illegally on Sunday, including a member of the Syrian wing of the PKK terrorist group, the YPG, who is suspected of preparing to carry out a terrorist attack.

Once the four suspects were processed at Şanlıurfa police station, they were forwarded to the courthouse.

The four suspects had entered Turkey illegally from Şanlıurfa’s Suruç district on March 12. Some 100 handmade and two factory-made detonators were found in the bag of the group's YPG member. Thanks to a USB that was also found on the YPG suspect, security forces uncovered that around 10 kilograms of explosives had been planted in the stone pits close to the Şanlıurfa-Adıyaman highway. The explosives were eliminated by special teams.

Meanwhile, another suspect was detected trying to enter Turkey from Syria and was caught by the border guards on Saturday, said a security source speaking to Anadolu Agency (AA) who asked not to be named due to restrictions on speaking to the media.

The suspect, identified by the initials C.A.M., is thought to be a member of the YPG terrorist group and was handed over to gendarmerie forces, the source added.

The investigation revealed that the suspect had received 20 days of training in firearms use and the terrorist group's ideology in 2017 at one of its camps in Syria before being stationed at the oil wells in the eastern Deir el-Zour region in 2019.

In its more than 40-year terror campaign against Turkey, the PKK – listed as a terrorist organization by Turkey, the U.S. and the European Union – has been responsible for the deaths of nearly 40,000 people, including women and children. The YPG is PKK's Syrian offshoot.