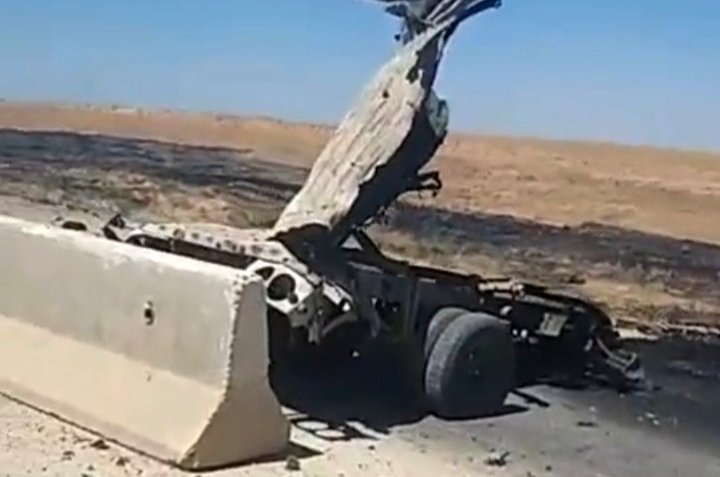 An explosives-laden vehicle detonated at one of the checkpoints of the Syrian National Army (SNA) in the western side of the district, according to the sources, who asked not to be named due to restrictions on speaking to the media.

As a result, two soldiers and the driver, who were unaware of the explosives in the vehicle, died at the scene.

Local security forces suspect the YPG/PKK terror group could be behind the attack near Turkey's southern border, which also caused material damage.

Ras al-Ain was liberated from YPG/PKK terrorists last October as part of Turkey's Operation Peace Spring. It was launched to secure Turkey's borders by eliminating the terrorist group from the area east of the Euphrates River in northern Syria, aid in the safe return of Syrian refugees and ensure Syria's territorial integrity.

The terrorists, however, continue attacks in Ras al-Ain and the nearby city of Tal Abyad despite their withdrawal from the border area following negotiations between the U.S. and Turkey on Oct. 17, 2019.

Earlier this month, prominent Syrian Arab tribes, including Agedat, demanded an end to the occupation of their lands by the YPG/PKK terrorist group in Deir el-Zour province. They demand that the U.S.-backed coalition hand administration of the area over to local tribes rather than YPG/PKK terrorists within a month. Last week, people poured into the streets to express their outrage at the YPG/PKK’s killing of Sheikh Mutashar al-Hafel and Sheikh Ibrahim al-Hafel, leaders of the Agedat tribe.

In its more than 30-year terror campaign against Turkey, the PKK – listed as a terrorist organization by Turkey, the U.S. and the European Union – has been responsible for the deaths of nearly 40,000 people, including women, children and infants. The YPG is PKK's Syrian offshoot.