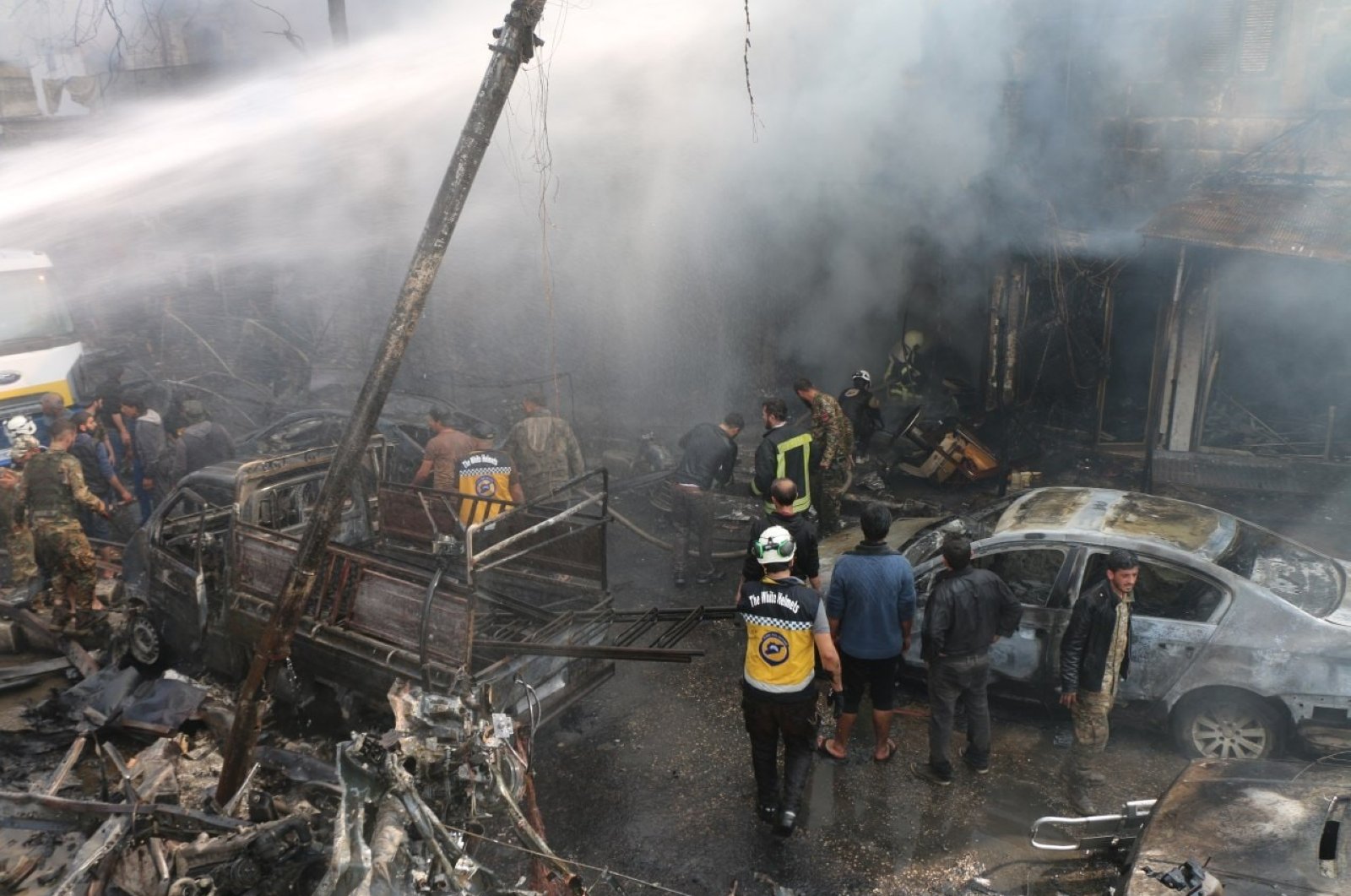 At least 40 civilians, including 11 children, were killed and 47 others wounded in a YPG/PKK terrorist attack conducted using a bomb-laden fuel tanker in Syria’s northwestern town of Afrin, Turkey's Defense Ministry said Tuesday.

Activist collectives in northern Syria urged people in the Afrin area to head to hospitals and donate blood. The Syrian Observatory of Human Rights was monitor and other activists said the death toll could rise further as some of the wounded were in critical condition.

Meanwhile, security forces in southern Turkey caught a suspected terrorist YPG/PKK member who delivered the bomb-laden vehicle, the governorate of the border province of Hatay said later on Tuesday.

In January 2019, Turkey launched a major military operation – Operation Olive Branch – to liberate Afrin of YPG/PKK terrorist elements. Since then, there have been a series of terrorist attacks in the area. Similar blasts in areas controlled by Turkey-backed opposition fighters have killed scores of people in recent months,

Since 2016, Turkey has launched a trio of successful anti-terrorist operations – beginning with Euphrates Shield and followed by Olive Branch in 2018 and Peace Spring in 2019. The cross-border operations in northern Syria were launched in order to prevent the formation of a terror corridor and enable the peaceful resettlement of locals.

Over the course of its more than 30-year terror campaign against Turkey, the PKK – listed as a terrorist organization by Turkey, the U.S. and EU – has been responsible for the deaths of 40,000 people, including women, children, and infants. The YPG is the PKK's Syrian offshoot.