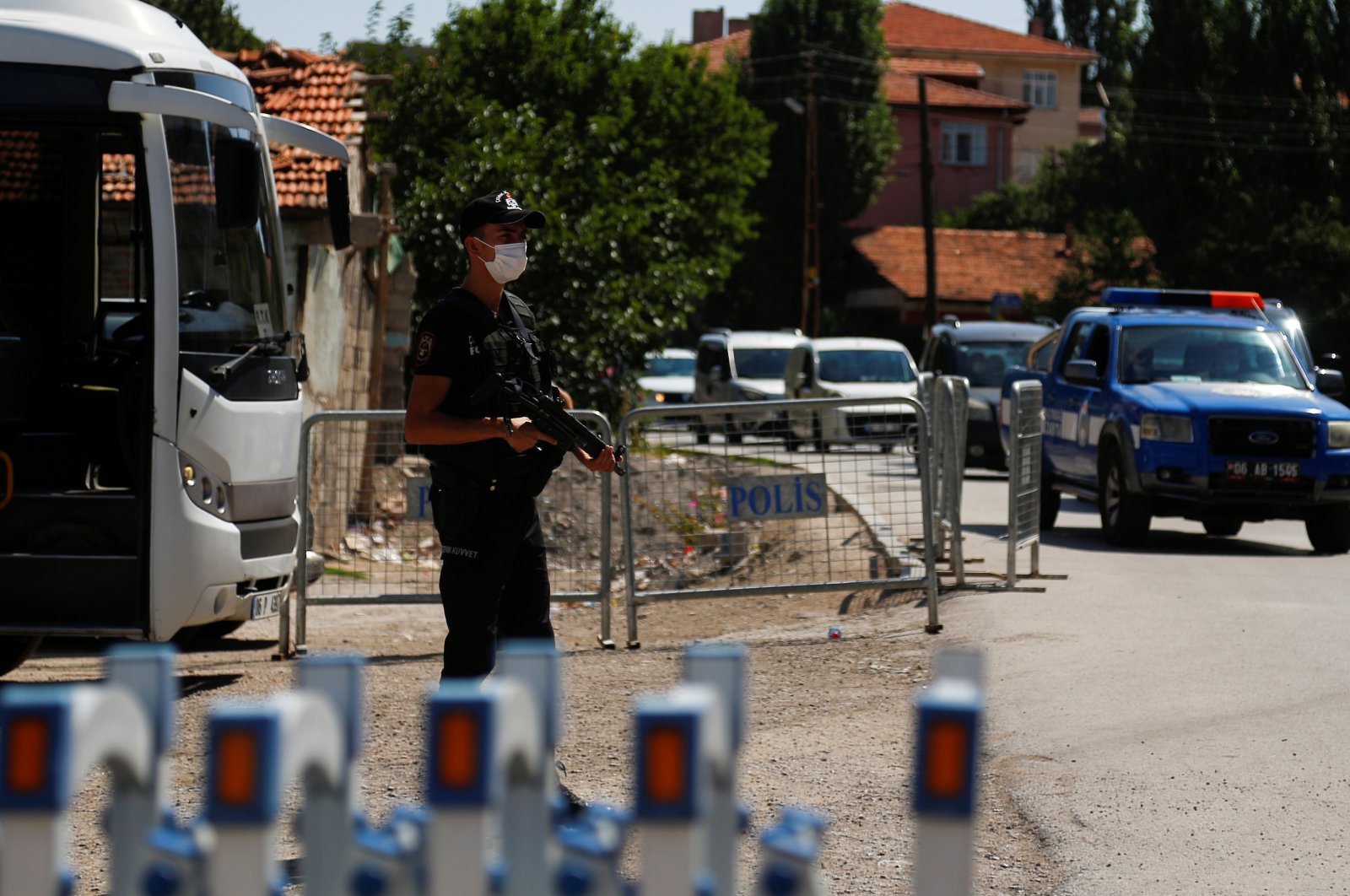 A Turkish riot police member stands guard at a checkpoint on a road which leads to a neighborhood where many Syrian refugees have houses and shops, in Ankara, Turkey, Aug. 12, 2021. (REUTERS Photo)
by Anadolu Agency Aug 18, 2021 1:23 pm

A terrorist who fought for the PKK's Syrian offshoot, the YPG, laid down his arms to surrender to security forces in southern Turkey, a police statement said Wednesday.

The security directorate in the Mersin province said that the YPG/PKK terrorist, who fought in Syria, surrendered after persuasion efforts involving family and individual meetings, which were held to reintegrate the members of the terrorist group into society.

The terrorist, identified only as A.E., was born in 1986 and had been active in Syria.

He was reunited with his family at the police station, and his brother thanked the police for their efforts.

According to Turkish officials, in recent years the terrorist PKK – battered and demoralized by Turkish security forces' successful operations – has been hemorrhaging members and failing to attract new ones.

In its more than 40-year terror campaign against Turkey, the PKK – listed as a terrorist organization by Turkey, the U.S., and EU – has been responsible for the deaths of nearly 40,000 people, including women, children and infants.