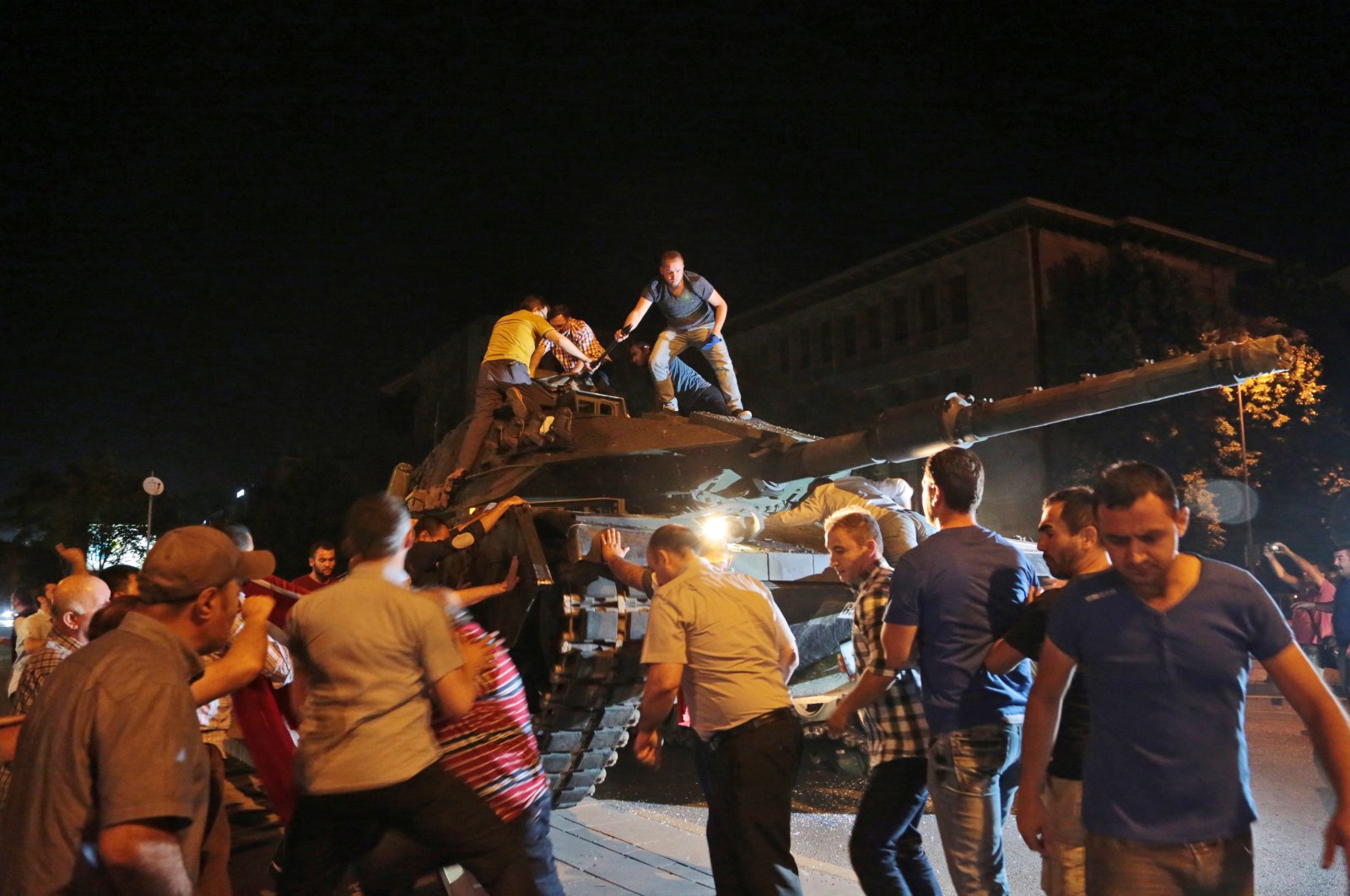 In this late Friday, July 15, 2016 file photo, tanks move into position as people attempt to stop them, in Ankara, Turkey, during the coup attempt. (AP File Photo)
by Anadolu Agency Jul 15, 2020 10:32 am
RECOMMENDED

Speaking to TRT World, Kalın said that when compared to Turkey's history of putschist attempts, it marked the first time that ordinary people poured out onto the streets to defend democracy and the rule of law.

He said the outpouring of support for democracy manifests the confidence the present government inculcated in its people.

But the reactions of Western capitals to this bloody attempt to root out an elected government were disappointing.

"Any country faced with such a dire situation will take decisive action to eliminate this terrorist threat," he added.

Kalın also stated that when those countries take strict measures, it is praised as a necessity of public order.

"It was the Turkish president, the government and people of various political views that stood against them," he said, referring to FETÖ.

Touching on Turkey's public diplomacy efforts to explain how the terrorist organization organized and hid itself in institutions in the country for the last 40 years, Kalın said although there are similar examples such as secretive underground movements in Europe, none has reached the level that FETÖ reached in Turkey.

FETÖ "felt like they are so powerful that they can impose their ideas and wishes on an elected government, force civil servants not to serve the country and go by rules by which they are bound but to advance their own perverted agenda. We had to explain all this," he said.

"Some who had a different political agenda thought it was just the government trying to justify its excessive measures in Turkey. By adopting this rather cynical point of view, they ended up willingly or unwillingly siding with the FETÖ terrorists. To this day, four years after the coup, unfortunately, some key allies in NATO and Europe including the U.S. continue to fail to understand the gravity of what happened and why we had to take measures.

"FETÖ terrorists in Western countries still continue to present themselves as a peaceful religious charity and educational institution...It is no excuse to say that they [FETÖ] aren't breaking any laws in our country. You wouldn't allow al-Qaeda or Daesh sympathizers or operatives or terrorists just because they give the appearance that they aren't breaking the law in your country," he added.

Touching on the extradition of the FETÖ terrorist organization's leader, Fetullah Gülen, who is based in the U.S., Kalın said many people in Turkey believe that harboring members of the organization in the U.S. gives them a safe haven.

He said FETÖ terrorists undermine Turkish-American relations by engaging in all kinds of smear campaigns.