White Helmets urge for support against coronavirus in Syria’s Idlib 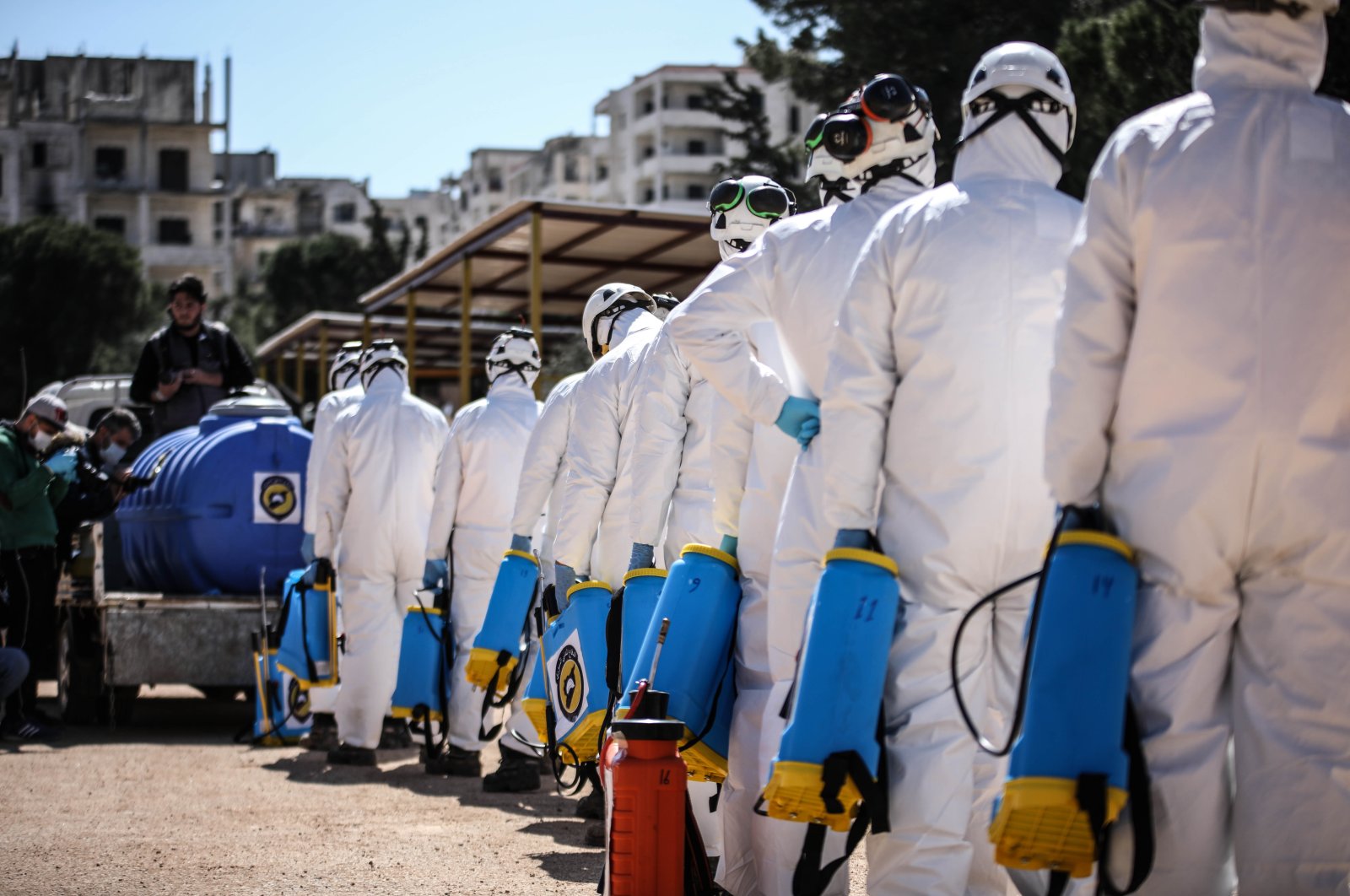 The White Helmets civil defense group called for support to fight the coronavirus in war-torn Syria due to the difficulty of the task.

“There are no test kits for the virus. We call on the World Health Organization (WHO) for support and aid for civilians living in liberated areas,” Firas Halifa, one of the volunteers, told Anadolu Agency (AA).

Halifa, who said that next week, the works would continue in the tent camps near the Turkish-Syrian border, added, “While countries with an enhanced health sector try to resist the virus, in Idlib which has a dense population and is small in surface area, we have to take strong measures since the health infrastructure is terrible.”

Yearslong sieges caused the deterioration of the physical health of many people, who suffered malnutrition and widespread poverty. Another risk is that people often live in overcrowded places and camps – ideal for the spread of the virus. The camps are generally in poor conditions with a lack of access to water, hygiene, medical aid and food. “In such circumstances, the chances of success in applying self-isolation are weak or near impossible."

The White Helmets on Sunday started in-depth sterilization operations for vital facilities in Idlib and Hama, where several schools, hospitals and mosques are located while it was stated that this will be done for all public facilities.

“As the displacement crisis continues, our White Helmets teams continue to provide services to our people in the IDP camps, preparing rough terrain for the placements of tents, opening rainwater and sewage corridors with the aim of securing the basic necessities of life for them,” the White Helmets said Saturday on Twitter.

The first case of coronavirus in Syria was announced on Sunday by the Assad regime.