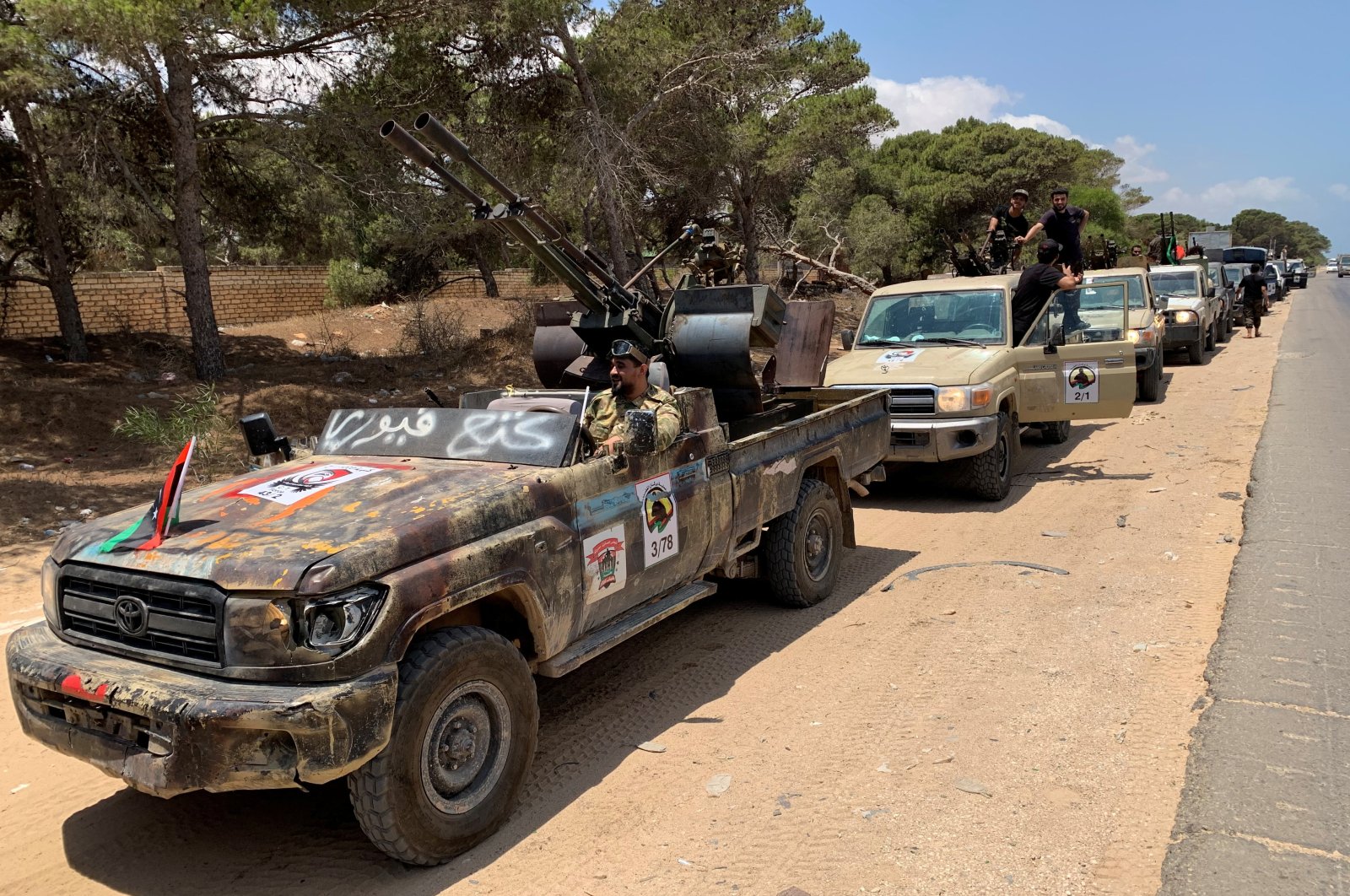 Troops loyal to Libya's internationally recognized government are seen in military vehicles as they prepare in the capital Tripoli before heading to Sirte, Libya, July 6, 2020. (Reuters Photo)
by DAILY SABAH WITH AGENCIES Aug 04, 2020 11:51 pm
RECOMMENDED

The U.S. said Tuesday it is "deeply troubled" by escalating hostilities in Libya, warning further intensification "will only deepen and prolong the conflict."

Robert O'Brien, U.S. President Donald Trump's national security adviser who returned to the White House Tuesday after recovering from a mild case of COVID-19, said efforts to escalate the conflict risk the collective security interests of Washington and its allies in the Mediterranean.

"The United States is deeply troubled by the escalating conflict in Libya. We strongly oppose foreign military involvement, including the use of mercenaries and private military contractors, by all sides," O'Brien said in a statement.

"The ongoing efforts of foreign powers to exploit the conflict – for example, by establishing an enduring military presence or exerting control over resources that belong to the Libyan people – pose grave threats to regional stability and global commerce," he added.

Libya has been mired in chaos since the 2011 overthrow of longtime dictator Moammar Gadhafi, with rival political and armed groups battling for control.

The new government was founded four years later in 2015 under a United Nations-led agreement, but efforts for a long-term political settlement have so far failed due to a military offensive by illegitimate forces loyal to putschist Gen. Khalifa Haftar.

Since April 2019, Haftar's forces have launched attacks on Tripoli and other parts of northwestern Libya, resulting in thousands of deaths, including civilians.

Haftar is mainly supported by the United Arab Emirates (UAE), Egypt and Russia, while the U.N.-recognized legitimate Government of National Accord (GNA) is backed by Turkey.

U.N. Secretary-General Antonio Guterres has warned that there are "unprecedented levels" of foreign interference and mercenaries in the oil-producing country.

Last month, the Pentagon released what it said was satellite photograph evidence of Russian military hardware deployed in the city of Sirte, which is held by Haftar forces.

O'Brien also said as a result of Trump's discussions with multiple world leaders regarding the conflict, it has been concluded that "it is clear there is no 'winning' side."

"Libyans can win only if they come together to reclaim their sovereignty and rebuild a unified country," Trump's adviser said.

"As an active, but neutral, actor, the United States is pursuing a 360-degree diplomatic engagement with Libyan and external stakeholders across the conflict to find a solution that supports Libyan sovereignty and protects the shared interests of the United States, our allies and partners," he said.

"To that end, we call on all parties – both those responsible for the current escalation and those working to end it – to enable the National Oil Corporation to resume its vital work, with full transparency, and to implement a demilitarized solution for Sirte and Jufra, respect the U.N. arms embargo, and finalize a cease-fire under the U.N.-led 5+5 military talks," he added.