'Why is France in East Med?' TRNC PM Tatar asks 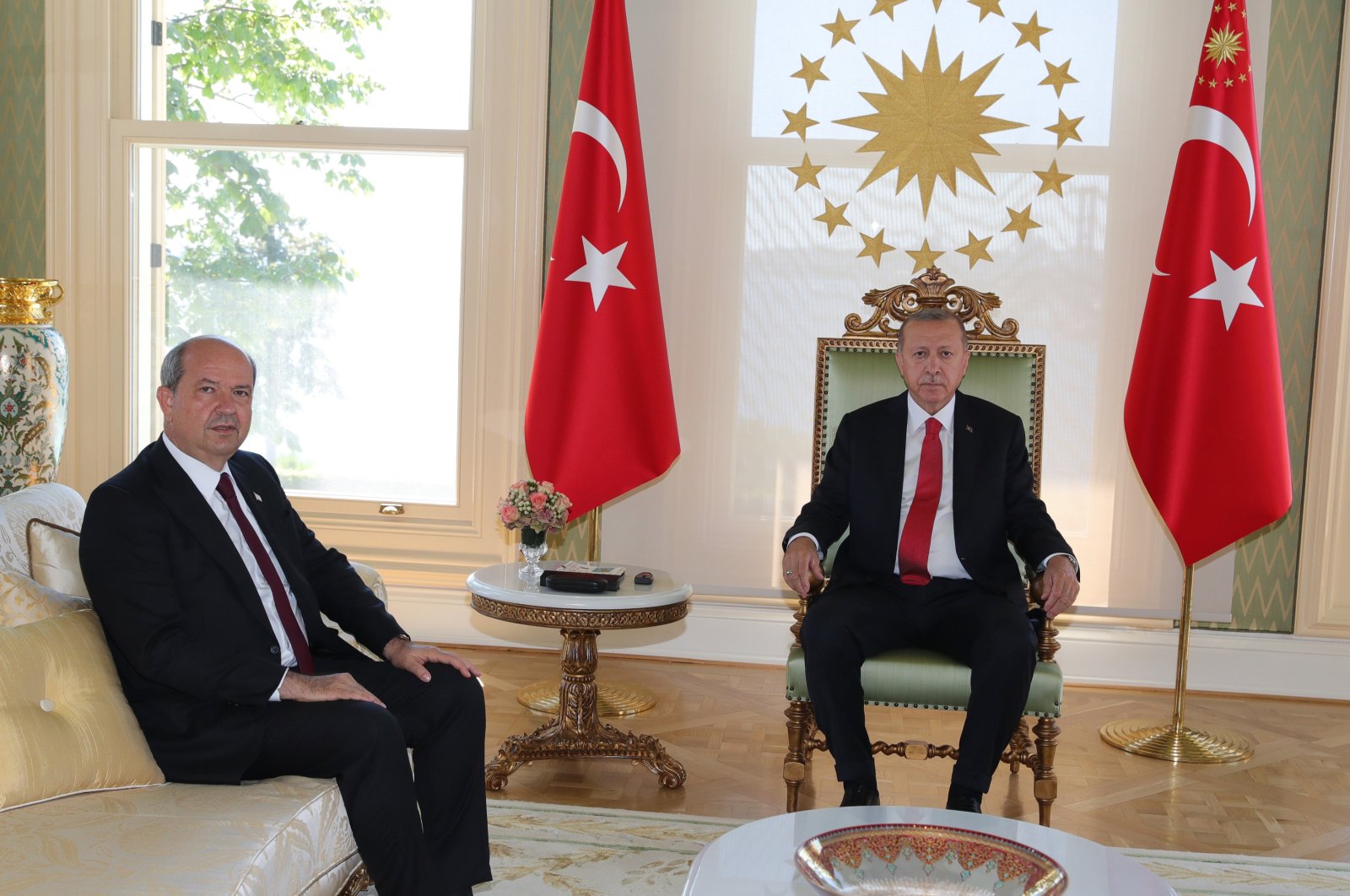 Speaking to Demirören News Agency (DHA), Tatar said Turkey’s claims in the Eastern Mediterranean have become more important in recent years, and the TRNC had always sided with Turkey on the issue. Underlining Turkey’s determined efforts in the region with its military prowess, Tatar said these developments had given the TRNC confidence and power.

“The world should acknowledge that Turkey is a global power. Turkey is a guarantor in Cyprus just as Greece and the United Kingdom are. However, we still haven't figured out why the French navy is here. I ask France, what is your relationship with this region?” he said.

France, already at odds with Turkey over Libya and parts of the Middle East, sent its own ships into the region to help Greece, prompting Ankara to warn it would retaliate against any attack.

On Nov. 27, Turkey and Libya's Tripoli-based Government of National Accord (GNA) signed a bilateral memorandum after a meeting in Istanbul between President Recep Tayyip Erdoğan and GNA head Fayez Sarraj. The deal enables Turkey to secure its rights in the Mediterranean while preventing any fait accompli maneuvers by other regional states.

The memorandum asserts Turkey's rights in the Eastern Mediterranean in the face of unilateral drilling attempts by the Greek Cypriot administration, clarifying that the TRNC also had rights to resources in the area.

Turkey, as a guarantor nation for the TRNC, is currently carrying out hydrocarbon exploration activities in the Eastern Mediterranean.

Underlining that they would not allow those trying to ignore Cypriot Turk’s rights and interests in the region, Tatar said: “It is our duty to protect the interests and well-being of Cypriot Turks. All our efforts are for this. Sitting and waiting for negotiations to begin again would be the worst way to treat our people.”

“Cypriot Turks are about to have bigger potential, rights and interests with Turkey in the Eastern Mediterranean,” he said and added that the EU should be involved in the diplomatic exploits of Greece and the Greek Cypriot administration.

The island has been divided since 1974 when a Greek Cypriot coup took place after decades of violence against the island's Turkish community, provoking Ankara's intervention as a guarantor power. The TRNC was established in 1983 on the northern tier of the island and is only recognized by Turkey. The country faces a longstanding embargo on commerce, transportation and culture.

The decades since have seen several attempts to resolve the Cyprus dispute, all ending in failure. The latest held jointly with all guarantor countries, Turkey, Greece and the U.K., ended in 2017 in Switzerland.

Also touching upon the issue of Varosha (Maraş) near Famagusta (Gazimağosa), Tatar said that the country aimed to reopen the former resort area this year. “It is meaningless to delay the opening of Varosha at this point.”

Varosha was a famous holiday destination that boasted a capacity of 10,000 beds across more than 100 hotels; however, it has been closed since the Turkish military intervention.

The city is protected by a 1984 U.N. Security Council resolution stating that the abandoned town can only be resettled by its original inhabitants. If the Greek Cypriots had accepted the 2004 U.N Annan plan for the reunification of the island, Varosha would now be back under Greek Cypriot control and the residents would have their homes back.