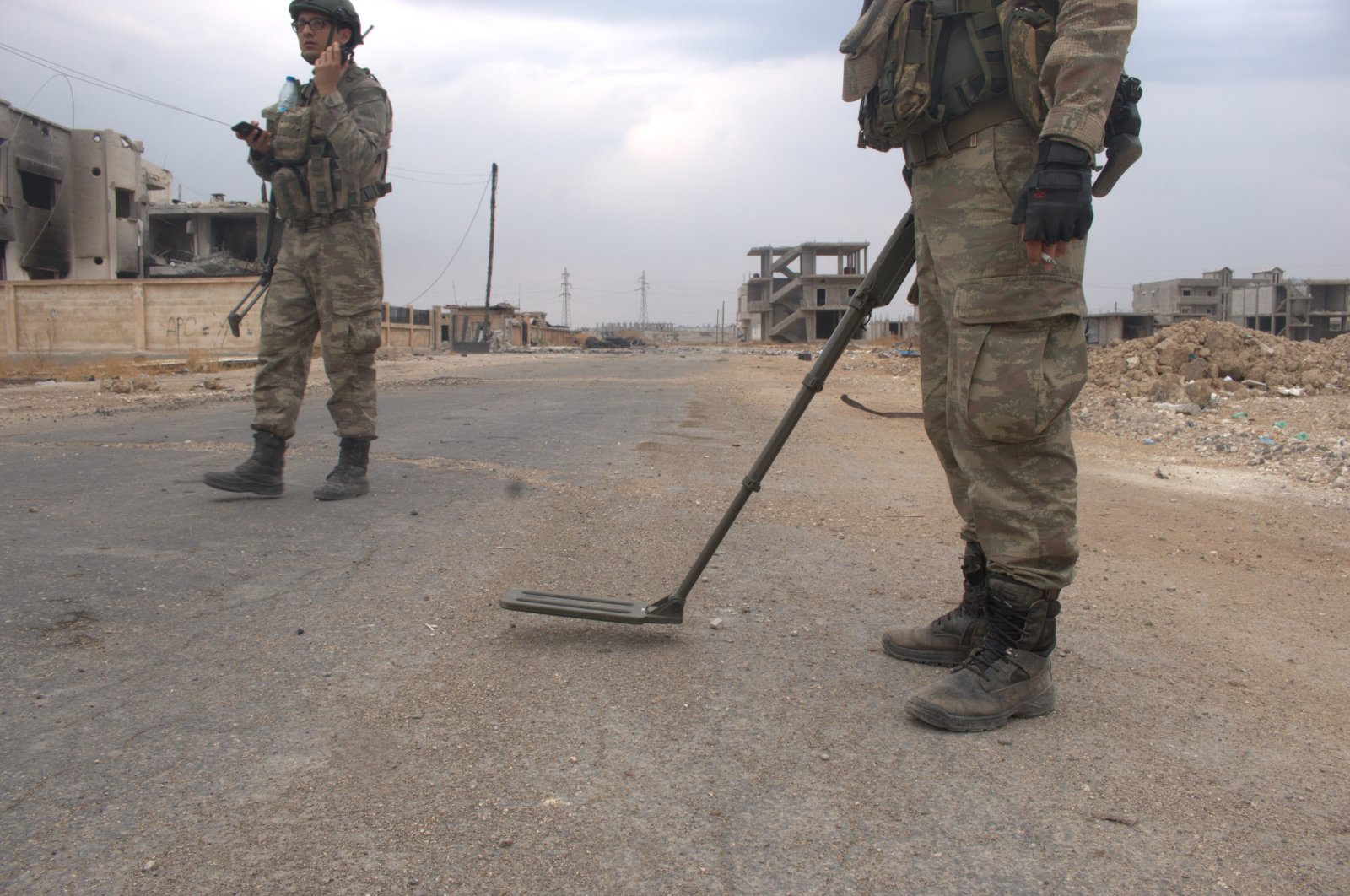 Turkish military's work is ongoing in liberated Syrian provinces to detect and destroy mines and other explosive devices planted by the terrorists. (IHA)
by DAILY SABAH Apr 13, 2020 3:54 pm
RECOMMENDED

A civilian was killed in Syria's northwestern Afrin province on Monday from the explosion of a mine previously planted by the YPG/PKK terrorist group.

The mine detonated in the rural areas outside Afrin's city center, where a shepherd was pasturing his drove. As a result of the explosion, the shepherd was killed.

Afrin had been a major stronghold for the YPG/PKK since July 2012, when the Assad regime in Syria left the city to the terror group without putting up a fight. In order to end the terror group's oppression of local people, Turkey cleared the area of PKK-affiliated terrorists using 72 Turkish aircraft to strike targets following an announcement of President Recep Tayyip Erdoğan on Jan. 20, 2018.

Turkish security forces reportedly took the utmost care not to harm civilians, while the terror group, in contrast, used civilians as human shields. During the operation, the YPG/PKK targeted residential areas in the Turkish provinces of Hatay and nearby Kilis, launching missile attacks that killed seven civilians and injured 124.

The military's efforts to secure and establish a safety zone in the region continue despite the completion of the operation.

Turkish officials have made great efforts to completely erase all traces of terrorism, strengthen security, ease civilians' return home and bring a sense of normality to the region. Ammunition and artillery belonging to the terror group were found and destroyed. Furthermore, work is ongoing to detect and destroy mines and other explosive devices planted by the terrorists.