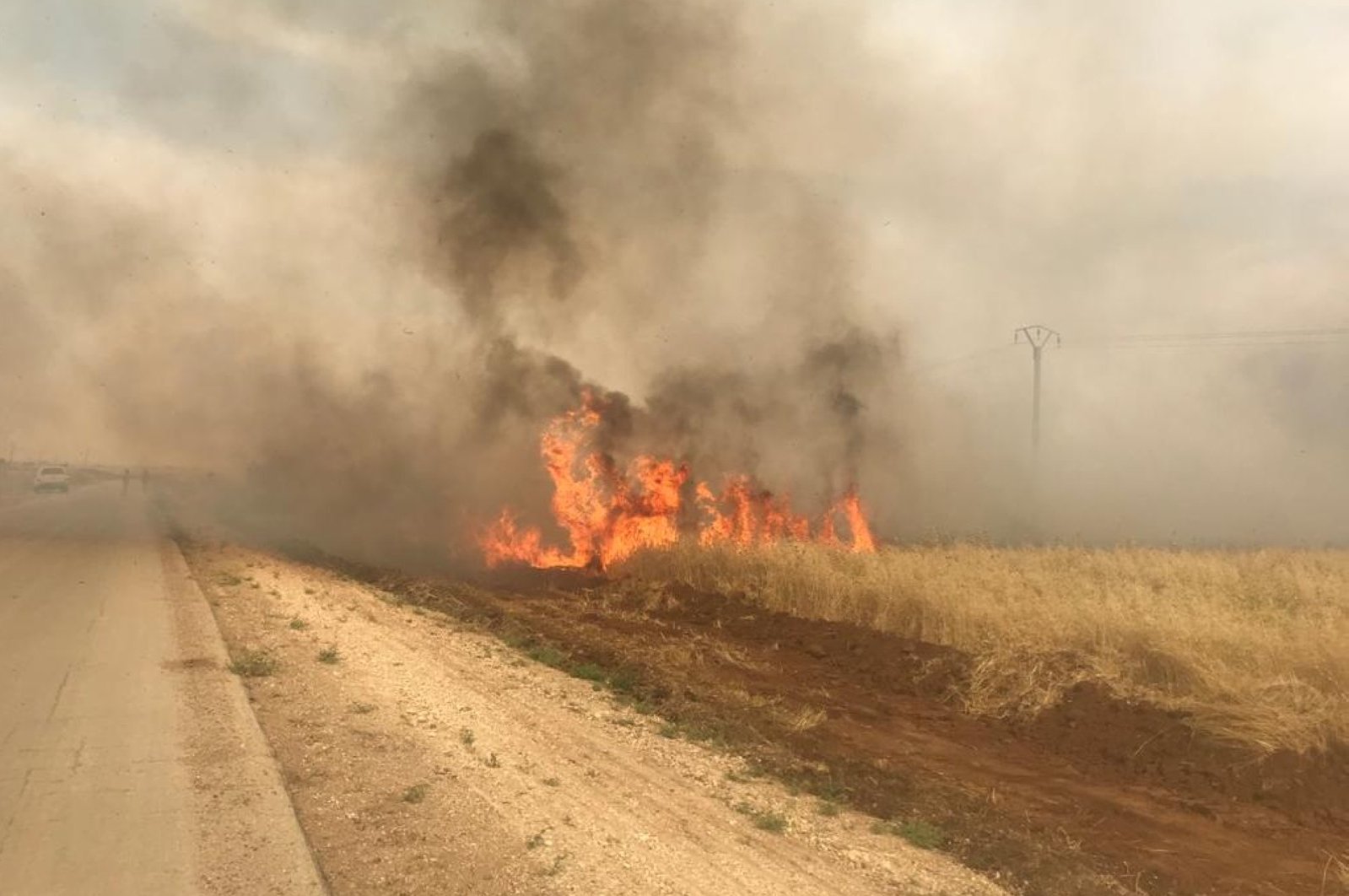 The YPG/PKK terrorist organization is exploiting the region's resources and is not allowing the local people to take advantage of them, Ahmet Carba, the spokesperson of the Arab assembly in Syria’s east stated Sunday.

Carba explained that the terrorist organization was imposing low prices on the products of farmers causing them to lose money.

“The organization forces farmers to make their sales at such low prices that do not even make up for the crops’ expenses. It determined the price for wheat as $0.17 and that of barley as $0.5. These prices are far below the cost,” he elaborated.

Arguing that several powers have exploited the vast resources of Syria since the beginning of the Syrian civil war, Carba said: “The organization is leading the activities of the people on its own. Furthermore, it exploits the region’s resources while not allowing the local people to take advantage of them.” Carba, former president of the National Coalition for Syrian Opposition, stressed that if such policies continue, the terrorist organization would drag the region into uncertainty, thereby leading to local protests where it will not be able to control the people that need bread for their survival.

Yet the brutalities of the YPK/PKK are not limited to playing with crop prices. The organization also continues to terrorize northern Syria by setting fire to agricultural fields where the locals get their food.

According to statements of security forces two weeks ago, the terrorist group aimed to damage the peaceful environment in northern Syria's liberated provinces by burning the main sources of food in the region – the agricultural fields. The group even goes as far as to pay its sympathizers in the region to set the fields on fire. When the local farmers try to protect their fields, however, the terrorists take a step further and open fire at them.

The last similar incident took place on May 26 when the terrorist group burned the fields in the eastern regions of the Operation Peace Spring zone. It is reported that when the local farmers and security forces reached the region to intervene, the terrorists opened fire on them, and there have been explosions in the burned plantation. As a result of the attack, two Syrian National Army (SNA) officers and a villager were injured, the security forces reported.

Locals in YPG-controlled areas have long suffered from YPG atrocities since the terrorist organization has a lengthy record of human rights abuses, ranging from kidnappings, recruiting child soldiers, torture, ethnic cleansing and forced displacement in Syria. Now, even though many northern Syrian areas have been cleared from terrorists through Turkish military operations, the YPG/PKK continues to disrupt peace by infiltrating the liberated areas.