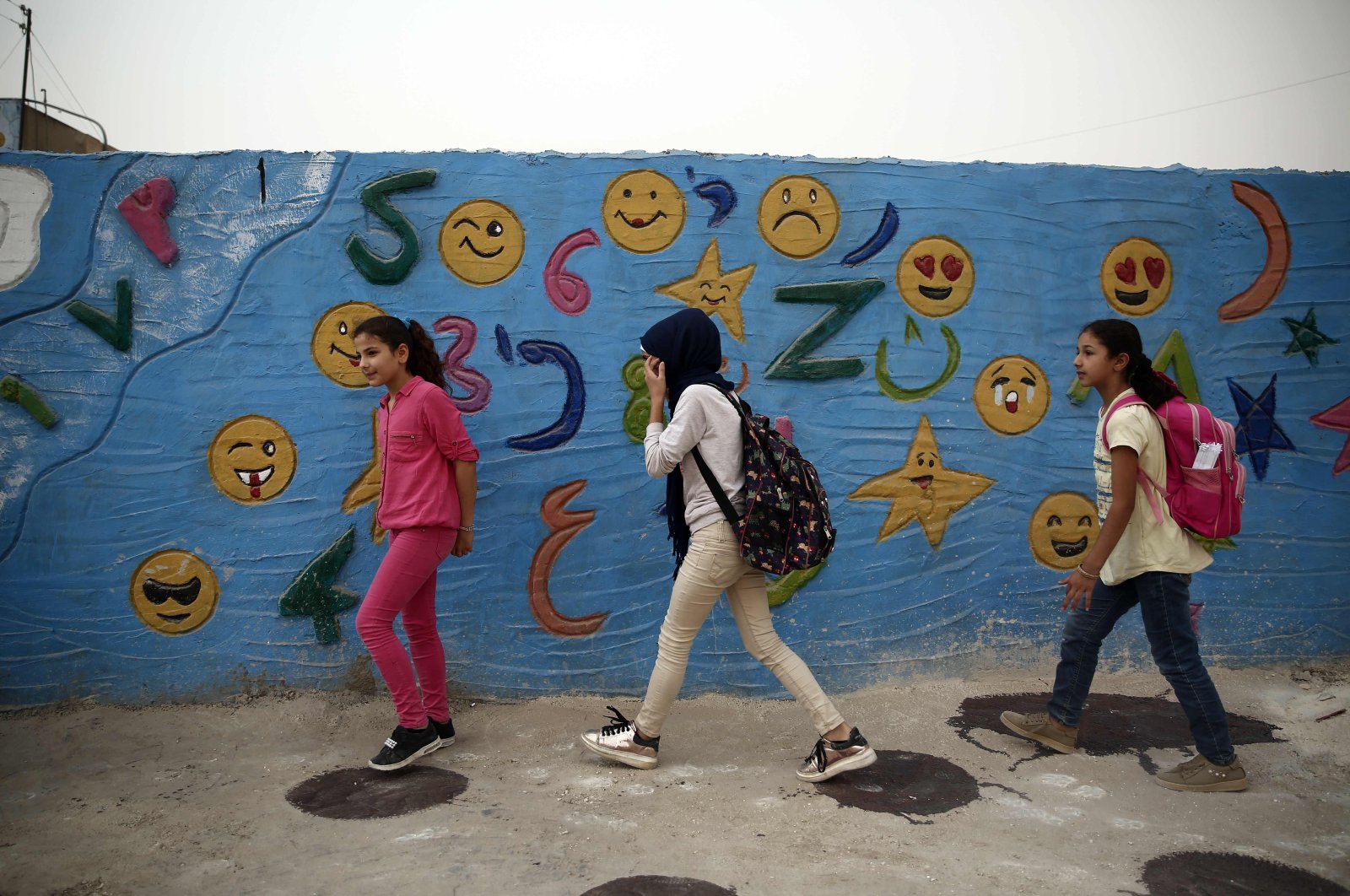 Syrian children walk to school in the northern city of Azaz in the opposition-held region of Aleppo province, near the border with Turkey, on Oct. 16, 2018. (AFP Photo)
by DAILY SABAH WITH AA Sep 15, 2020 11:45 am
RECOMMENDED

The Yunus Emre Institute will open its 60th education center in Syria’s northern Azaz this week, after being liberated from terrorism by Turkish security forces and entering a period of normalization.

“Together with the education in the Turkish language, we want to convey our view of life, our perspective, our culture of living together once again,” he added.

The institute continues to initiate educational works for the Syrian people who have been living in the midst of a civil war since 2016.

The new center in Azaz aims to ensure the standardization of Turkish courses in the region. The center, which will open on Sept.17, has four classrooms as well as a conference hall that can accommodate 300 people.

The program “Education of Educators," aims to improve the quality of Turkish lessons. The center also plans to organize music, arts, painting and oratory courses.

The center is established in the former building of the Syrian Baath party.

Ateş underlined that they will teach the notion that “Azaz belongs to the people of Azaz, Syria belongs to Syrians” both by teaching Turkish and by establishing ties with the local people. “To be able to ensure the principle 'Peace at home, peace in the world' and to be able to live securely within our lands, we have to create a secure generation just across our border,” Ateş said referring to Republic's founder Mustafa Kemal Atatürk's famous quote.

Indicating that the Syrian people did not give up on education despite almost a decadelong civil war, Ateş said that their desire for learning must be encouraged. “We will establish an infrastructure that will enable the youth to study, to learn languages and to attend universities,” he added.

Azaz was liberated from Daesh terrorists by the Turkish military and aligned Syrian opposition forces during the 2016 Operation Euphrates Shield. Since then, the town has become an area with a high concentration of refugees and the main hub of Turkish relief efforts.

Schools have been renovated and a hospital is also being built in Azaz. Turkey is also helping the locals build olive oil facilities in the area, where agriculture is the main source of income for residents.

Launched 10 years ago as a small state-run agency to promote Turkish language and culture, the Yunus Emre Institute is now a global entity endearing Turkish culture to countless people. With 157 offices on five continents, the institute has helped in teaching Turkish to 144,000 people. It has also organized hundreds of activities relating to music, art exhibitions, literature, language, gastronomy, cinema and handicrafts to boost Turkey's cultural ties with other countries.

Named after the 13th-century poet Yunus Emre, an influential writer and poet who made staggering early contributions to the Turkish language, the institute also imbibes the all-embracing philosophy as featured in a verse from his poem, "Let us get to know one another."