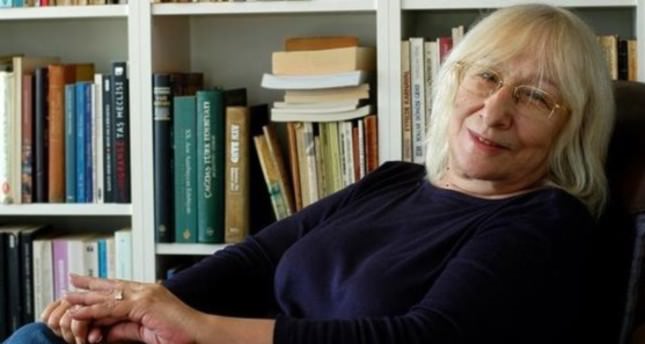 by Hakan Arslanbenzer Sep 27, 2014 12:00 am
There is a popular belief among Turkish intellectuals that Turkish politics has been organized around "three styles of politics." The first author who used the phrase was Yusuf Akçura who wrote a 30-plus-page article concerning Ottomanism, Islamism and Turkism/Turanism in which he argued that Turkism was the best. After the Ottoman Empire collapsed, some writers continued to use the phrase but began to omit Ottomanism and employ Westernism instead.

Intellectuals in Turkey generally believe that these "three styles" are far apart from each other, and one cannot mix two or three styles to make a new combination for a new political understanding. If you were a Westernist, you would stay like that for your entire life. All three have been seen as ideological blocks that are totally separated from each other.

For the above understanding, intellectuals who do not follow the narrow paths of the three styles are generally said to be caught in purgatory. Some writers, such as Cemil Meriç, accept existing in purgatory, while others like Yahya Kemal think that they have successfully synthesized styles. Alev Alatlı, a bestselling novelist, uses an interesting formula for such a synthesis between socialism, nationalism and Islamism or the "Crescent shining over primitive communism." Though tens of thousands of people have read her books, Alatlı is the only person who dreams of that formula. Alatlı has many other interesting but unique formulas, phrases and analyses.

Alev Alatlı was born in 1944 in Menemen, an Aegean town near İzmir province. Her father, Ertuğrul Alatlı, was a military officer, and her mother, Füruzan Alatlı, was a well-educated middle class woman who had taste in the arts and crafts who also spoke French. The Alatlı family was an intellectual nuclear family loyal to the Kemalist government.

The family moved to Erzurum, an eastern province in Turkey, due to the father's job, and young Alev went to elementary school there. She remembered her years in Erzurum as "affective in building her personality." She especially remembered her teacher in the Erzurum Culture Institution Elementary School with gratitude.

After Alev graduated elementary school the family moved once again further east - not in Turkey this time, but to the Far East in Japan. Ertuğrul Alatlı was appointed as military attaché at the Embassy of Turkey in Japan and also as the liaison officer of the Turkish Brigade in Korea to the U.N. Alev was educated at the American School in Tokyo, Japan. After she graduated high school her family returned to Turkey.

Alev Alatlı attended Middle East Technical University in Ankara. She was an economics major and graduated in 1963 with a Bachelor of Science degree. After graduation she married Alper Orhon, a classmate from Cyprus. They were both granted scholarships in the U.S., Alev with a Fulbright scholarship and Alper with one from the Ford Foundation. Alev Alatlı earned a master's degree in development economics and econometrics from Vanderbilt University in Nashville, Tennessee.

During her studies in Nashville, she had already begun to think about the importance of formulas and figures in explaining the world and decided to pursue studies in philosophy. She also thought that she was better than most American students. She decided to get more from American universities and attended Dartmouth College in New Hampshire for her doctoral studies on the philosophy of history and philosophy of religion. She was eager to learn but was never satisfied.

After returning to Turkey in 1974, she studied Islam and other religions for another five years. She even visited Al-Azhar University two times. Alatlı worked as a lecturer at Istanbul University for a short while. After

that, she was hired as an economist for the State Planning Organization (DPT).

In the second half of the 1970s, Alatlı spent her time working for some state and foreign projects, while she kept studying the history of thought.

She met Cemil Meriç at that time. Alatlı generally mentions Meriç as a challenging summit of culture and thought for herself. I think that Meriç was the one who made Alatlı interested in the dilemma of intellectuals. She had been a brilliant explorer of the history of thought and read many writers on the condition of ideology, culture and intellectuals. She was hand in hand with Marx, Lao Tzu, the Prophet Muhammad, Said and Huxley. Yet she always saw Meriç as a test for herself and always checked out what she had conquered compared to the miraculous notes of Meriç on philosophers and literary writers.

Is There Anybody Out There?

Alatlı began to write in the 1980s. She wrote an initial study on intellectuals titled "Aydın Despotizmi" (Despotism of the Enlightened), which criticized the intellectual Jacobins of the Turkish Republic. She thought that "aydın" (the enlightened) did not meet the English term "intellectual" thoroughly enough. "Aydın" had a normative meaning, too, according to Alatlı, similar to Meriç. The Turkish "illuminated" had been alienated from their people's lives and values for the sake of Westernization, and they had become despots over their own people. This is like İsmet Özel's formula that says that there are no intellectuals in under-developed countries, and Turkey is a country of under-developed intellectuals.

Alatlı wrote two other books in the 1980s, "Yaseminler Tüter Mi Hala?" (Do Jasmines Still Fume?), a novel telling the story of a couple from both sides of Cyprus, and "İşkenceci" (Torturer), an ironic novella of a torturer and an intellectual who he tortures. Alatlı judges the tortured intellectual as the torturer of his people and nearly justifies the torturer as a victim of intellectual torture.

I believe that the best times for Alatlı were the 1990s when she wrote and published her four-volume novel "Or'da Kimse Var Mı? (Is There Anybody Out There?). This series of novels brought great attention then because she was criticizing Turkish intellectuals in person. Alatlı reviewed and criticized many aspects of modern Turkish political ideologies and intellectuals belonging to them including socialism, social democracy, nationalism, Kemalism, Kurdism and Islamism.

The plot of the series is simple: Günay Rodoplu, a brilliant female intellectual dies, and Mehmet, her friend, remembers the political discussions they had in the past in his meetings, parties and conversations among sophisticated intellectual circles of Turkey. Rodoplu is an autobiographical character with fictional relations with political men, including a nationalist, a social democrat and a Kurd. The only ideology from which Rodoplu doesn't pick up a boyfriend is Islamism, which is an interesting point as well. All boyfriends have similar utopias and dreams, while they change to bitter realists because of the harsh political situation in Turkey.

Rodoplu leaves each man at a certain point, which I suppose represents the 20-year periods of Turkish political orientation: 1940 to 1960 was a period of nationalism, 1960 to 1980 was a time of socialism and after 1980 was the time for Islamism.

Rodoplu, as a female intellectual, is an eccentric and unique character, while she is also a representation of Turkey's needs and sorrows. She is always between being a subject herself and a subject to the male intellectual who becomes despotic after a point.

Alatlı continued with other series including "Schrödinger'in Kedisi" (Schrödinger's Cat) and "Gogol'ün İzinde" (After Gogol). These two also are reviews and criticisms of intellectual subjects.

Alatlı translated two books from Edward Said, "Covering Islam" (Haberlerin Ağında Islam) and "The Question of Palestine" (Filistin'in Sorunu), for which she was awarded an honorary medal by Yasir Arafat when he was in exile in 1986. Alatlı was also awarded the Sholokhov Prize from Russia for her Gogol series. Finally, Bülent Ecevit University gave her an honorary doctorate.