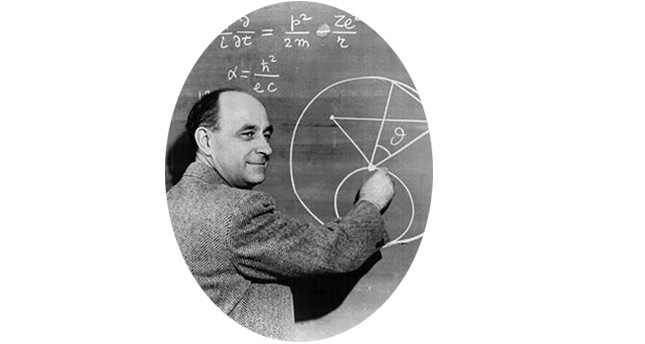 Neither individuals nor communities can change their way of thinking suddenly. We all need a transitional period to reshape our minds from their old state to a new one. Even civilizations, beliefs and thoughts can survive long after the circumstances that originally gave rise to them entirely change.

The transition of thought among the Turkish intelligentsia, which took place during the period between the Ottoman State and the Turkish Republic, indicates a painful change, too. Since the press gained its freedom in the second "Meşrutiyet" (Constitutional monarchy) period, a delayed plurality of thoughts emerged. Although the thinkers of the first "Meşrutiyet" period constituted a single intellectual circle with the "Young Ottomans" at its center, a multi-polar structure of various political and cultural points of views formed in the second Meşrutiyet period, despite the monolithic power of the İttihat Terakki Cemiyeti (Union and Progress Association). This makes the second Meşrutiyet school of thought more interesting than the former, thus we need a theoretical examination of the thoughts of writers of this period.

There are many studies of prominent writers from the second Meşrutiyet period. However, holistic research is very limited. Historians and political scientists like to conduct extended studies on the history of the second Meşrutiyet period and write monographs on its leading characters. Yet textual criticism on the articles and books of the writers of the same period is not as common. The works of scholar and essayist, Hilmi Ziya Ülken, are still the main source of wide-ranging theoretical analyses of modern Turkish thought in transition.

Hilmi Ziya Ülken was born on Oct. 3, 1901 to well-educated parents in İstanbul. His father, Mehmet Ziya Bey, was a chemist, a lecturer at Darülfünun (the old name of İstanbul University) and the dean of the School of Dentistry and Pharmaceutics. Hilmi Ziya's mother, Müşfike Hanım, was the daughter of Kerim Hazret, who was a religious scholar invited to İstanbul by Sultan Abdülaziz from Kazan after the Crimean War in the 1850s.

Hilmi Ziya was schooled first at the private Tefeyyüz Elementary School before he attended the İstanbul Sultani (now İstanbul High School). He graduated from the İstanbul Sultani in 1918, and passed the entrance examinations of Tıbbiye (School of Medicine) and Mülkiye (School of Political Sciences), taking first place in both. Though his father wished that Hilmi Ziya would become a physician, he himself wanted to receive an education in political sciences, so he elected to attend the Mülkiye, where he graduated in 1921.

After graduating, Hilmi Ziya began to work as an instructor in the Geography Department of İstanbul University. In 1924, he was engaged to be married to Hatice Hanım, and assigned as the geography teacher to Bursa High School. Meanwhile, he gained certificates in the ethics, sociology and history of philosophy branches at İstanbul University. He worked as a teacher of philosophy, history and geography in various high schools in Ankara and İstanbul.

Hilmi Ziya was a copious writer. Beginning in his late 20s, he wrote numerous books throughout his life. His initial works are several text books, namely "Umumi Ruhiyat" (General Psychology), "Umumi İçtimaiyyat" (General Sociology) and "Felsefe Dersleri" (Lectures on Philosophy). In 1931, he published "Aşk Ahlakı" (Ethics of Love), the first book showing his original, and to some extent experimental thoughts.

"Aşk Ahlakı" is a book of ethical philosophy with sociological and cultural dimensions. The first generation of thinkers in the Turkish Republic were trying to create an abstract human model that could be reflected in reality by later generations. Hilmi Ziya's abstract human being is the ethical pivot of the whole universe. "Man is at first and by nature an ethical being," he writes, "Ethical being means that the individual goes public through his actions and that the part opens itself to the whole via personality." Our young philosopher is not merely a spiritualist, but rather a personalist who takes both the passionate emotional needs of the individual and the public needs of society into consideration at the same time. Besides, this can be seen as a derivation of Ziya Gökalp's organicist point of view. Yet, young Hilmi Ziya gives more significance to the individual than Gökalp might have given.

Hilmi Ziya was a very enthusiastic reader. His thoughts were inspired by many Muslim, Turkish and European philosophers and social scientists including Muhyiddin ibn Arabi, Mehmet Fuat Köprülü, Ziya Gökalp, Mehmet İzzet, Emile Durkheim, Henri Bergson, Emile Boutroux, Baruch Spinoza, Max Scheler, Martin Heidegger, etc. However, Hilmi Ziya is not a mere imitator of these philosophers; on the contrary, he is an original thinker with numerous references from the East and the West.

The History of Turkish thought

The 1930s was a period of nationalist cultural policies in Turkey. Therefore, it is understandable that Hilmi Ziya Ülken did his best to generate a Turkish personality in the history of philosophy. He wrote an initiatory and experimental history of Turkish thought, namely "Türk Tefekkürü Tarihi," which is a classic now despite its controversial ideas, especially on Islamic mysticism and pantheism.

In 1933, Hilmi Ziya published "İnsani Vatanperverlik" (Humanist Patriotism), where he tries to combine humanistic universalism and nationalism. In this book, Hilmi Ziya aims at solving the problem between idealism and realism. Later, he would draw away from this kind of philosophical syncretism. In 1938, he published an article entitled "Telifçiliğin Tenakuzları" (The Contradictions of Syncretism).

Cultural change and the creation of an original and modern Turkish thought was the main objective of Hilmi Ziya and his peers. Acquisitions from other civilizations would add to the domestic value in that creation. Hilmi Ziya wrote a book on cultural interactions, called "Uyanış Devirlerinde Tercümenin Rolü" (The Role of Translation in Revival Periods) in 1935. In this study, Ülken utilizes the translations made by various cultures from other languages that had affected the history of thought. His main concern is on four civilizations that experienced a revival through translations: Ancient Greece, Islam, the European Renaissance and the late Ottoman revival.

As the years went by, Hilmi Ziya Ülken became more mature in both style and conception. In 1940s, he published four "histories" including "The History of Logic," "The History of Sociological Doctrines," "The Philosophy of Islam" and "The Art of Islam." These were major works based on lectures Ülken had given earlier in various departments of universities.

In 1966, Hilmi Ziya Ülken published his masterpiece called "Türkiye'de Çağdaş Düşünce Tarihi" (History of Modern Thought in Turkey). He is a punctual analyst in this book, which is not a collection of partial lectures, but a compact history of thought covering three periods of Turkish modernization: the Tanzimat (second part of the 19th century), the Meşrutiyet (Constitutional monarchy period) and the "Cumhuriyet" (Republic period).

Five decades as a lecturer

Hilmi Ziya Ülken was titled "attending professor" in 1944 and "ordinary professor" in 1957. He was among the writers publishing "Mikrop" (Microbe) and "Anadolu" (Anatolia) magazines in the 1920s. He published the "İnsan" (Human) magazine together with Nurullah Ataç, Sabahattin Eyüboğlu and Celaleddin Ezine between the years 1938 and 1943. Beginning with 1943, he edited the "Sosyoloji Dergisi" (Journal of Sociology) of the Faculty of Arts at Istanbul University.

Hilmi Ziya was elected the Dean of Faculty of Theology of Ankara University twice - in 1959 and 1962. However, he resigned after six months in both cases. He was also working as a civil society pioneer. He founded the Philosophy Association of Turkey together with Mehmet Servet in 1928 and the Sociology Association in 1949.

Hilmi Ziya could speak English, French, German, Arabic and Italian. He passed away on June 5, 1974 in İstanbul.