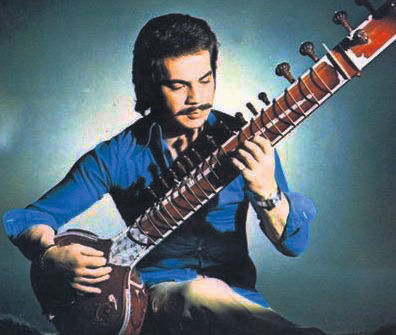 One of the most famous and accomplished musicians in Turkey's history, Orhan Gencebay received a sound musical education in his youth and brought the arabesque genre to Turkish music in the 1970's, after which arabesque culture enjoyed its heyday

Journalists and scholars have misled the public concerning the name and meaning of contemporary urban Turkish music with folk themes, which they deliberately called "arabesque." Once the newly born, urban, Turkish music was attached to pseudo-Arabic roots, it became easier for the public authority to expel it from the nationalist Republic. Since "arabic" or "arabesque" implied the past in the eyes of modernist circles, they felt that it was a must to kill the music genre that began in the late 1960s.

However, though state-funded radio and television excluded the new genre and intellectual circles marked it with the notorious name "arabesque," people loved it, and arabesque musicians found a crowded and enthusiastic audience for their songs. Although such other genres as light Western music with Turkish lyrics and Anatolian pop were supported publicly, the real public has preferred arabesque to all other genres other than traditional Turkish folk.

Arabesque has had some advantages as well though. First, its melodies were familiar to ordinary Turkish listeners. Second, the lyrics of arabesque songs could meet the needs of the young urban audience by having some anarchist or even to some extent existentialist points of view in them. Third, the leading arabesque musicians were either talented singers or creative composers, or both. Müslüm Gürses is an example of a gifted singer while Orhan Gencebay is seen as the best arabesque composer.

Orhan Gencebay was born on Aug. 4, 1944 in Samsun to a family of Crimean Tartar origin. His first music tutor was Emin Tarakçı, from whom he learned the principles of Western classical music. Tarakçı also taught him how to play violin and mandolin.

In the following year Gencebay received lessons from a special tutor and also learned how to play bağlama, learning the principles of traditional Turkish folk music.

An observer can easily determine that Gencebay's music education included both Western and Turkish musical features. His family had always supported him. Though his parents were modern and urbanized people, they did not prevent Gencebay's love for rural folk music. Gencebay loved listening to the music of the blind folk bard Aşık Veysel, already trying to play and sing like him at the age of eight.

In Samsun, one of the best musicians of Gencebay's youth who greatly inspired him was Bayram Aracı. People even called him "little Bayram" since he liked to play and sing like Aracı. Another man that inspired young Gencebay was Naci Hoşgör or "Efe Naci" (Naci the Hector), who taught Gencebay the bağlama chords.

Gencebay composed his first song when he was 10. His very first piece, "Kara Kaşlı Esmerdi Kimbilir Kimi Sevdi" (She was a brunette with dark hair, who knows she's fallen in love), was an amateur folk song. The first professional song composed by Gencebay was "Ruhumda Titreyen Sonsuz Bir Alevsin" (You're the eternal flame trembling in my soul), which he composed at the age of 14 in the form of classical Ottoman court music.

The diversity in Gencebay's musical education would be reflected in the special genre he invented in the second half of the 1960s. Indeed, arabesque music is like a patchwork of various genres.

A new sense of rhythm

Gencebay once told reporters he thought as a young musician that folk music was very rhythmic. He thought that the attitude of Turkish folk music was behind the rhythm. The seven regions of Turkey had 700 different attitudes and airs, each a different school, according to Gencebay's opinion.

Gencebay refuses the term arabesque, thinking that the roots of his music are anchored in the deep traditions of Turkish music, and he says that his music should be known as freestyle modern Turkish music, or just Orhan Gencebay music.

Gencebay began learning Ottoman classical music after the age of 13 and also learned how to play tanbur, a long-necked Turkish lute. He studied jazz and rock music at the age of 16. He would later play the tenor saxophone with jazz rock bands in Istanbul.

During his high school years, Gencebay was a regular performer at the local musical associations of the city of Samsun and also gave music lessons.

After high school, Gencebay moved to Istanbul and attended the City Conservatory of Istanbul. In 1964, he passed the special examination of the Ankara State Radio with a high degree. However, the radio exam was declared null because of some rule infractions. So he returned to Istanbul and joined the army for his military duty. He played saxophone in the army band in Heybeliada, Istanbul.

After two years of military service, Gencebay took the Istanbul Radio exam and passed once again. In the same year, he entered a private contest for playing bağlama and was selected as the best player along with such virtuoso giants of the Turkish music industry as Arif Sağ and Çinuçen Tanrıkorur.

Gencebay played bağlama for the Istanbul State Radio for 10 months before quitting, saying that the institution was closed to progress. After that, he began playing bağlama with Arif Sağ for such prolific singers as Yıldız Tezcan, Muzaffer Akgün and Sabahat Akkiraz. He also made the soundtracks of some significant movies including "Kızılırmak, Karakoyun" (The Black Sheep) directed by Ömer Lütfi Akad and "Kuyu" (Hole) directed by Metin Erksan.

Gencebay wanted to make his own records. Thus, he recorded some EPs of his folk songs. Though his forte was composing instrumental pieces, the audience forced him to sing and play the songs he composed. We can say that Gencebay is not only a one-man band, but also a one-man musical complex as well. He composed, arranged, engineered, played and sang his songs. The adjective "progressive", truly describes his career.

"Please give me relief"

Gencebay began to make freestyle music in 1968, and his EP launched in 1970 including the song "Bir Teselli Ver" (Please give me relief) brought great fame to him. This is one of the best songs ever written in Turkish music. It works both ways as it is a folk song in the traditional sense and a modern urban song with a sense of pessimistic existentialism. Behind the lyrics, sung by Gencebay himself, the audience hears clear sounds of syncretic and polyphonic instruments. The song is syncretic, because it combines Turkish and Western melodies. It is also polyphonic since all instruments play different notes in harmony, which was not common in classical Ottoman music, the so-called "alla Turca."

Gencebay has also acted as a music producer. He has owned his own production company since 1973. He composed more than 1,000 songs, 300 of which he sang himself while the others were sung by other musicians.

His best pieces include "Batsın Bu Dünya" (Let this World Set), which is an anarchist song, "Hatasız Kul Olmaz" (Nobody's Perfect), "Şimdi Aşk Zamanıdır" (It's Time for Love), "Dil Yarası" (Wounded Heart) and "Ya Evde Yoksan" (I Worry if You're Not Home).

Gencebay acted in leading roles in more than 30 movies and directed musical scores of more than 90 movies.

Gencebay sold over 70 million copies of his EPs and LPs. It is said that his actual sales top 300 million copies, including pirate copies.
Last Update: Jun 06, 2015 2:02 am
RELATED TOPICS