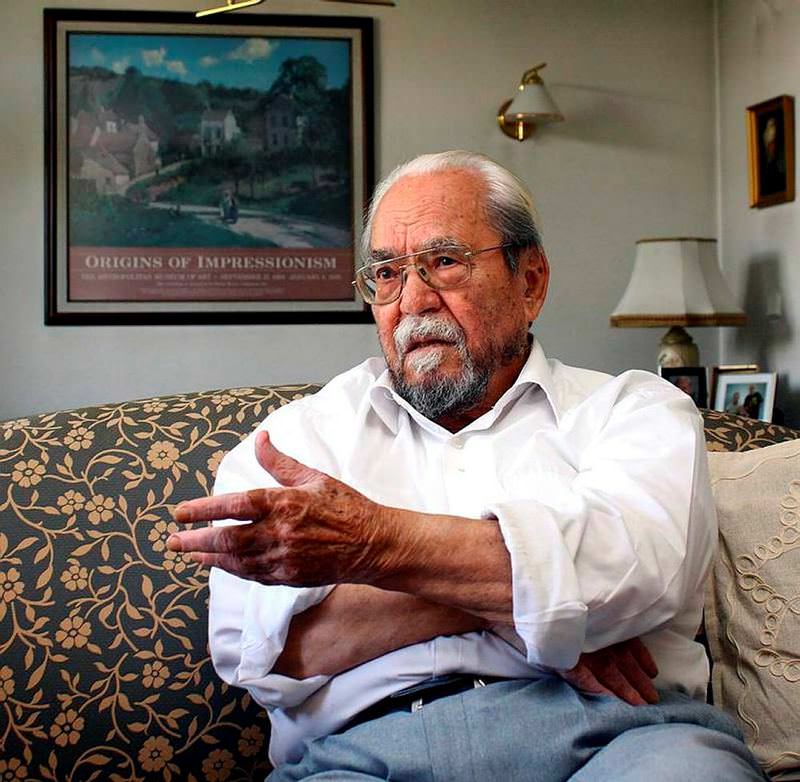 Regarded as one of the most respected historians in Turkey, Halil İnalcık has produced many works in the area of Ottoman history that are used as valuable sources in various universities around the world

The Annales School brought a new approach called "social history" that changed the essence of historiography. Founded by Lucien Febvre and Marc Bloch, the Annales School of history proposed the idea that the study of history is about all people in history, not only warlords and ruling classes.

Prior to the 19th century, ordinary people were not accepted as the subjects of history. First, Jacob Burckhardt examined everyday life in Renaissance Italy. This was called cultural history.

In the 20th century, Lucien Febvre and Marc Bloch began to examine the mentality of historical figures such as priests or villagers rather than kings and noble lords of the feudal era. This new approach would reshape the historiography of modern times.

Fernand Braudel is generally considered as the second founder of the Annales School because he was not interested in a mentality analysis of ancient personalities. Instead, he tried to recreate Renaissance Europe with all its dimensions, including economic and social life concerns. Everything is related to everything in Braudel's understanding. And none of the chapters, dimensions, regions or aspects is any less important than the other.

This de-centralized historiography is also criticized for being too large, teaching nothing important and creating a sort of documentation fetishism. A document is only itself until the historian puts the label "historical" on it, and it tells only what is written on it unless the historian makes a specific interpretation of it for the reader.

Leading modern Turkish historians, including Fuat Köprülü, Ömer Lütfi Barkan and Halil İnalcık, have always been interested in the progress in Western historiography. One can tell that İnalcık is a Western historian, after looking at what he has been writing in English mostly and that his approach is deeply Weberian.

İnalcık was born on Sept. 7, 1916, in Istanbul. His father Seyit Osman Nuri Bey and his mother Ayşe Bahriye Hanım were Crimean migrants. İnalcık once told some biographers that he was of Crimean Tatar origin, but his ancestors were Kipchak Turks, who resided in Crimea, too, for centuries.

İnalcık was first schooled in Ankara and then in Sivas and Balıkesir. He attended Gazi Mektebi in 1923 at age 7. He graduated from the Necatibey High School for Teachers in Balıkesir in 1935. İnalcık attended the Faculty of Language and History-Geography in Ankara in 1935 where he would complete a history major in the early modern era. He attended lectures of such prolific professors at the faculty as M. Göker, B. S. Baykal and F. Köprülü. İnalcık graduated from the faculty in 1940.

In the same year, İnalcık prepared a special seminar on Timur I of the Timurid Dynasty, which attracted the attention of Fuat Köprülü. Thus, İnalcık was appointed as a scientific assistant for the Modern Era Branch of the history department. In 1942, İnalcık submitted his doctoral thesis, "Tanzimat ve Bulgar Meselesi" (Tanzimat and the Bulgarian Question), which is an early example of Annales School-type historiography. The following year, İnalcık wrote another thesis, namely "Viyana'dan Büyük Ricat'e Osmanlı İmparatorluğu ve Kırım Hanlığı" (The Ottoman Empire and the Crimean Khanate from the Siege of Wien to the Big Retreat), which brought him an assistant professor title.

After becoming assistant professor by submitting two separate theses, İnalcık chose economic and social questions of the early modern Ottoman Empire as his specific research topic, to which he would make enormous contributions for the next half-century.

İnalcık married Şevkiye Işıl Hanım, who was a scholar in the Arabic department of Ankara University, in 1945. Two years later, İnalcık was elected as a member of the Turkish History Institute.

A lifetime spent in the archives

İnalcık is known for his document-based understanding of historiography. His usage of archives is limitless. He has searched not only Ottoman archives but other national archives of various countries as well. He likes to use comparative texts on a specific issue, such as Ottoman histories and Byzantine chronicles on the establishment of the Ottoman state and conquest of specific places.

İnalcık spent 1949-1951 in Britain to examine Turkish documents in the British Museum and make bibliographic research in the Public Record Office. He also attended lectures given by prominent European historians, including Paul Wittek, who was giving a series of seminars at the School of Oriental and African Studies, where he met significant historians like B. Lewis and E. Zachariadou.

After returning to Turkey, İnalcık worked in the Ottoman Legal Archives ("Şeriyye Sicilleri") in Bursa, which offered much information about social and economic life in the Ottoman State, and initiated the classification of the same archives.

İnalcık obtained a professor title in 1952, before he traveled to the United States to work as a visiting professor at Columbia University in 1953-54. He also worked at Harvard University as a research fellow in 1956-57 with a Rockefeller scholarship. He attended the History of Islam classes of H. A. R. Gibb at Harvard. While at Harvard, he revised the Islamic articles in the fourth edition of the Encyclopaedia of World History.

He worked in Turkey from 1957 until 1972 again. During this time he submitted papers in national and international congresses and conferences. İnalcık retired from Ankara University in 1972 and moved to the United States upon the invitation of Chicago University.

1973 is the climax of İnalcık's career since he published his masterpiece, "The Ottoman Empire, the Classical Age, 1300-1600" in Britain. This book introduced the middle aged Turkish historian to world scholars interested in Ottoman State history. It has been used as one of the main texts in the history of the early modern era.

İnalcık continued attending and submitting papers at international conferences all over the world. In 1977, he founded the International Association for Social and Economic History of Turkey. The following year, he was elected an honorary member of the Royal Asiatic Society.

In the 1980s, Professor İnalcık continued submitting articles on economic life in the classical age of Turkey in international conferences. Meanwhile, he was elected a member of many Western and Turkish scientific societies and awarded many honorary titles and prizes in Turkey and the world.

Professor İnalcık has been living in Turkey since 1993 and continues his scientific publications despite his age.
Last Update: Jul 24, 2015 11:37 pm
RELATED TOPICS