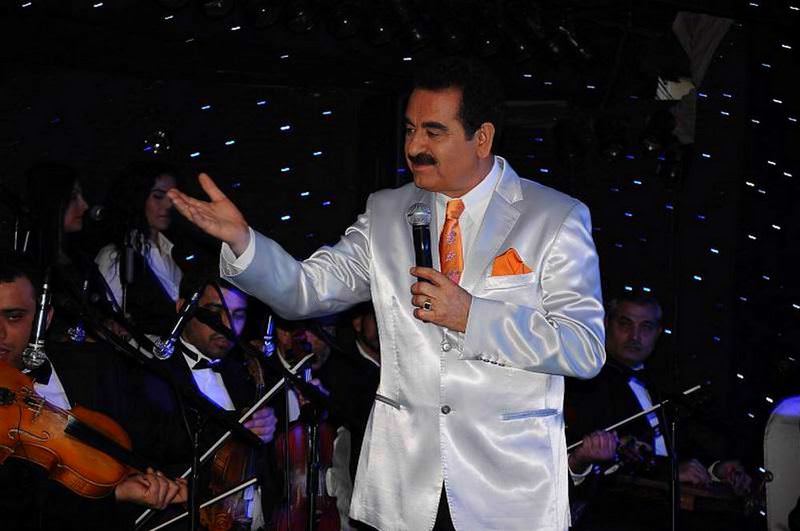 Tatlu0131ses himself was well-received by a wide-range of fans, including the urban and the rural, the old and the young and males and females.
by Hakan Arslanbenzer Oct 03, 2015 12:00 am

Known as the ‘Emperor' of arabesque Turkish music especially in the 1970s, İbrahim Tatlıses wrote his own story, which started at a construction site and ended at the top of music charts

İbrahim Tatlıses, ex-construction worker, entrepreneur, multi-millionaire, entertainer, alleged mafia member, popular culture icon, role model and opinion leader, shocked everybody by surviving a horrible machine-gun attack in 2011. Though he seems to have lost some of his abilities, including singing, he can talk and walk, even write and share pictures on social media after several brain surgery operations and some physical therapy sessions.

What has made an unschooled folk singer so strong and profound? I'm not so sure if he's really a profound thinker, but he seems to be for the masses. Whatever he says or does, he does so by keeping in mind that he is addressing the people. Besides, he has allowed people access to the details of his private life even before the viral effect of social media emerged. He sang, lived and spoke in front of the cameras throughout his controversial career.

However, just a few people could question whether he has been authentic. Tatlıses's singing is touching, but the significance of his dialogue with the people comes from his simplicity and sincerity. Though he has millions depending on both his musical productions and other enterprises, namely inter-city passenger transportation and domestic fast food franchising, he does not live the life of a capitalist or bourgeois. Some intellectuals would criticize his philistinism, but this is a controversy. He holds a minimalist approach to life along with millions of TL and adoring fans.

İbrahim Tatlıses has excited people for 40 years because of two things: First, he is one of the greatest singers of modern Turkey, perhaps the greatest when we rate his timbre. Second, he is very easy to understand.

İbrahim Tatlıses was born "İbrahim Tatlı," the eldest of seven siblings to a very poor family in Urfa. His late father was of Arabic descent, while his mother is an illiterate Kurd. Of his ethnic origins, he once said, "My father was an Arab and my mother is a Kurd, while I'm a Turk."

His date of birth is not precise, but his birth certificate indicates that he was born on Jan. 1, 1952. However, he has said he was born in November 1954. His family was living in a cave-house. His father Mehmet was serving a sentence in prison when little İbrahim was born. He once said his first memory of his father was seeing him behind bars.

His unique voice was familiar to the people around him from the very start of his childhood. He used to sing at events in Urfa. There have been lots of such local singers and musicians in the southern provinces of Turkey.

Tatlıses was never schooled. Asked about his schooling situation, Tatlıses said, "If there was an Oxford University in Harran, perhaps I would have graduated from there." He has often defended illiterate people in the southeastern provinces of Turkey.

After a while, his family decided to move to İstanbul. As the eldest son of the family, İbrahim began working on the streets. He would sell water topassersby or do temporary jobs at construction sites.

There is a popular story about his talent being explored as he sang while working at a construction site, though it's not necessarily true. In fact, Tatlıses used to sing at weddings and other gatherings as an opportunity to make some money. Afterward, he would sing more and work less on the streets.

Failure as a good start

Few people are aware of the fact that İbrahim Tatlıses made some recordings of songs with authentic folk or arabesque sounds. Even his first record was an amateur tape recording he made by himself in 1965. His first professional record was a single ("Kara Kız;" Black-haired girl) made in 1970. He made another called "Beni Yakma Gel Sevdiğim" (Don't burn me, just come my love). These two initial singles were made with the help of music producer Yılmaz Tatlıses, who gave İbrahim his surname. "Tatlıses" means "sweet voice."

Tatlıses made some other singles during the 1970s, but none of them brought him any significant success or fame. The "İbrahim Tatlıses" brand would come true later on.

1974 was an important milestone for Tatlıses. In that year, he sang his first popular song "Ayağında Kundura" (She wears a shoe). "Ayağında Kundura" was so popular that I remember people singing the song while walking across the streets in the late 1970s. In 1978, Tatlıses played in a movie called "Ayağında Kundura-Ceylan," which was produced based on the popularity of his song. He would play in and direct about 40 films in 15 years between 1978 and 1993.

From folk to pop

Tatlıses was aired on state radio and television on several occasions, though the officials of the Turkish Radio-Television institution (TRT) avoided airing arabesque singers until the 1990s. His songs were launched as popular and everyday folk songs. İbrahim Tatlıses was eager to earn a lot of money and gain as much popularity as he could. He was energetic, practical and ambitious. Because of that ambition, he left his wife and three children in Urfa to live in Istanbul with Derya Tuna, with whom he starred in a film in 1983. His relations with women have always been problematic. Tatlıses has fathered six children with four women.

Tatlıses's ambition matched the ambitious atmosphere of the 1980s. The military coup of Sept. 12, 1980 limited civil involvement in politics, even for politicians with talent. Besides, there was an ongoing economic crisis that had ailed Turkey since the late 1970s. Thus, people, especially the youth, tried to find an escape or at least a break away from the harshness of economic and political life.

They found new pop music, which was a mixture of Western pop, arabesque and Turkish folk. İbrahim Tatlıses was leading the new wave of mixing sounds and genres together with Sezen Aksu, who was singing for a more Westernized urban audience despite her music taking a more arabesque style.

Tatlıses himself was well received by a wide range of fans, including the urban and the rural, the old and the young and males and females. He used his unique voice type to emotionally impact others. However his strength in affecting his audience comes from the fact that he never gave up singing folk songs, old and new. Besides, he has been always good in making a cocktail of genres, which stems from folk music with slight arabesque and popular additions in it.

Tatlıses could never be satisfied with being merely a singer. His musical gift was the key to his business. He made movies depending on the popularity of his songs. He established several music production companies at different times. He used his money to initiate several enterprises, including tourism, transportation, broadcasting and fast-food franchising. "İbrahim Tatlıses" is a self-made brand.

Beginning with the emergence of the private television channels in the early 1990s, Tatlıses became a TV anchorman. His own entertainment show, "İbo Show," continued for years until he was shot in 2011. The "İbo Show" was an interesting TV show, and a hybrid between talk-show and a live concert.

İbrahim Tatlıses was shot twice: First in the leg in 1990 while singing at a night club and then again in the head in 2011. The second shooting was very severe, and Tatlıses survived a six-hour operation before he was put in the intensive care unit. He lost the ability to sing due to the brain injury. Yet, he is still optimistic about life. He married once again after the shooting and had a baby girl from his last marriage.

İbrahim Tatlıses announced his candidacy for Parliament, but later he declared that he decided to give up participating in the elections due to the political turmoil in southeastern Turkey.
RELATED TOPICS