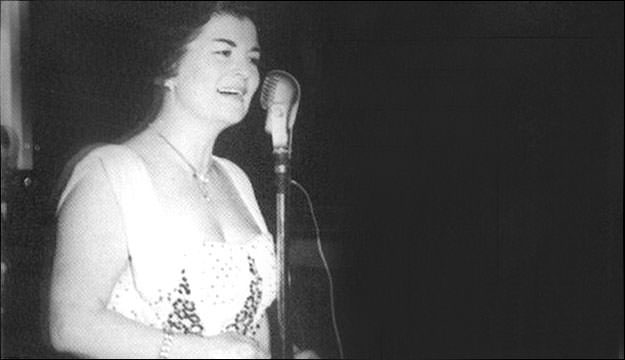 When Ankara Radio was founded in 1927, its main purpose was ideological rather than cultural. However, the cultural role of the national radio company would be discerned during the initiation of nationalist and populist cultural policies in the 1930s. In those years, people saw the radio as a magical device. So, the state also sought to take advantage of this situation by offering them new cultural content, while omitting classical cultural products - mainly the classical Turkish music repertoire.

Ankara Radio suppressed classical Turkish music for the sake of Western classical music, yet people needed a domestic sound. So, with the recommendations of the art and culture committees of the state, Ankara Radio management decided to offer people folk music as well. Thus began the story of Ankara Radio as a semi-academic institute of folklore.

The 1940s were very productive years for Ankara Radio. There were many initiatives launched that included collecting folk songs from all around Turkey by various artists and folklorists establishing choruses such as the Voices from the Homeland Chorus, as well as the Chorus of Women, and creating a repertoire of folk songs sung by singers employed by the radio company.

After some time, the people positively reacted to the radio and some radio artists became very popular. There were two kinds of singers heard on the radio. First were the local and rural bards and folk singers, while the second was the urban type. Muzaffer Sarısözen was a notable example of the former, while Neriman Altındağ Tüfekçi was the pioneer of the latter.

Neriman Altıntağ Tüfekçi was born on March 14, 1926, in Istanbul. She was the youngest of three children. Her father, Nurettin Behiç Bey, was a public servant hailing from the northeastern province of Amasya. Her mother Hayriye Hanım was from Erzurum. Neriman's elder sister Perihan (Altındağ Sözeri), who was born in 1925, was also a singer. Perihan Altındağ was a significant role model of her younger sister, as both went on to work for Ankara Radio from their early youth. Perihan Altındağ was employed at the radio company in 1939, and she moved to Istanbul in 1939 in order to sing at music halls, which her younger sister would never do. After graduating from high school in Istanbul, Neriman Altındağ Tüfekçi was admitted to Ankara Radio as a trainee singer. Ankara Radio was her real school; she was also the first person to choose the Turkish Folk Music route after its founding.

Tüfekçi loved folk music though she was an urban girl. German conductor Hermann Scherchen listened to her singing at a concert in Ankara and suggested she be trained as a proper opera singer, which she politely refused. She wanted to sing Turkish folk songs and she did, thus her voice became a national symbol.

In 1945, Tüfekçi passed the trainee phase and became a full-time Turkish folk singer for Ankara Radio. In 1949, she began working as the assistant conductor for the Voices from the Homeland Chorus, which was a phenomenon of modern folk music history.

She met Muzaffer Sarısözen, the great Turkish folklorist and musician, at Ankara Radio. They visited many rural places in Turkey in order to collect folk songs from the people, and they collected more than 100 songs. Sarısözen and Altındağ married in 1951, and they had a son, Memil Sarısözen; however, they divorced in 1956.

Neriman Altındağ later met a younger musician, performer, singer and song collector at Ankara Radio, Nida Tüfekçi. They had an affair, married in 1958 and she gave birth to a daughter, Gamze (Tüfekçi) Yazıcı, in 1958. The Tüfekçi duo would soon become a modern legend. They acted together in life and art. They visited various places to collect songs, and performed songs together on the radio and at special folk music concerts across Turkey. Neriman Tüfekçi founded the Chorus of Women in Ankara in 1957 and she moved to Istanbul Radio in 1959. At the time, she was working as a music teacher at the radio company. Neriman and Nida Tüfekçi sang together, or rather Nida played the instruments and Neriman sang. Musicians and folk music lovers respect Nida Tüfekçi, but all kinds of music lovers appreciate the voice and style of Neriman Altındağ Tüfekçi. She had particular success in interpreting rural songs in spite of her urban accent.

Neriman Altındağ Tüfekçi is said to have been a hard worker. She would listen to the record of a folk song a hundred times over the course of a couple of weeks before she performed it. And once she sang a song, that song was memorialized through her "burnt" voice, which is "jazzesque." Tüfekçi was especially successful in vocalizing long, slow and hard folk songs from various regions thanks to her jazzy voice and perfect manner.

The initiation of television broadcasting in Turkey widened the fame of the Neriman-Nida duo. They sang on TV together as usual, and they both became a modern classic. The duo later wrote a book titled "Memleket Türküleri" (Local Songs).

In 1972, Neriman Altındağ Tüfekçi returned in Ankara and began working once again at Ankara Radio. Four years later, she resigned and became a lecturer at the Ankara State Conservatory. She taught numerous students, some of whom are among the most popular Turkish singers. Tüfekçi was awarded the State Artist title in 1990, but lost her talented husband three years later. The mass media began calling her "the mother of folk songs," which is a truly apt title. Neriman Altındağ Tüfekçi died of a heart attack on Feb. 4, 2009. Her body is buried in Zincirlikuyu Cemetery.
RELATED TOPICS