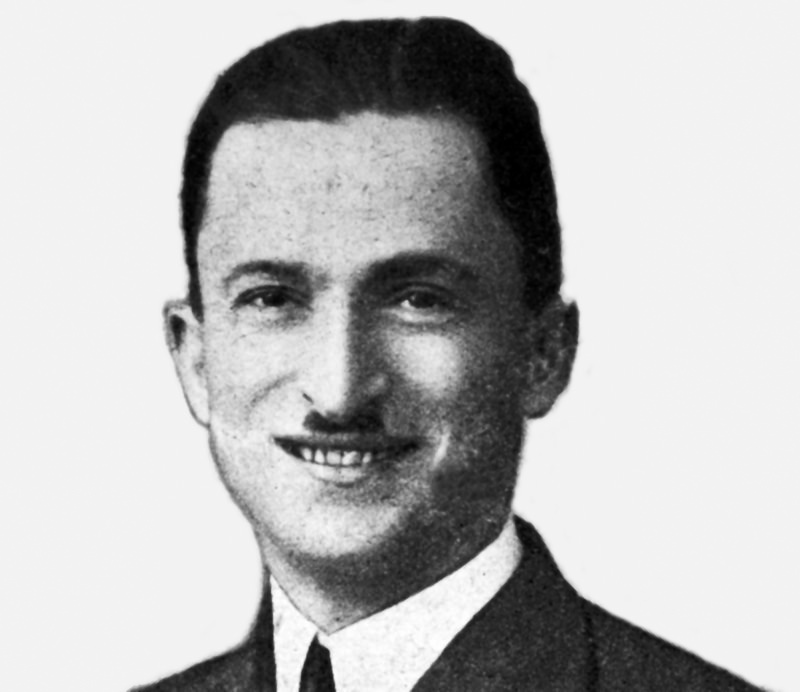 One of the most prominent writers of the Republican era, Reşat Nuri Güntekin, has been widely known for generations, but recently became a household name with a TV series adapted from his novels, ‘Yaprak Dökümü' (The Fall of Leaves) from 2005 to 2010 and ‘Çalıkuşu' (The Wren) from 2013

Over the last 10 years private TV channels in Turkey have adapted numerous classic novels to series. Most of them are loved by the masses. Two of the most popular series in Turkish television history were "Yaprak Dökümü" (The Fall of Leaves) from 2005 to 2010, which had 174 episodes, and "Çalıkuşu" (The Wren) from 2013. Both were modern adaptations of two novels written in the 1920s by Reşat Nuri Güntekin.

Güntekin was born in Istanbul, on Oct. 25, 1889. His grandfather, Yaver Paşa, was a governor and his father, Nuri Bey, was a military doctor in the Ottoman army. Raised as the only child of this aristocratic family, Güntekin was lucky to have his father's vast, personal library in front of him. He traveled to Anatolia a lot due to his father's duties and had the chance to observe the local and traditional lifestyles of the region. He graduated from the literature department of Darülfünun, which was the only official institution of high education in the Ottoman Empire in1912.

He later worked as a Turkish literature and French language teacher at Istanbul's most reputable high schools until 1927, the year he married Halide Hanım. He was always interested in the social and political issues of the country since he began writing during World War I. From the 1910s to the 1930s he gained a wide reputation as a realist writer and novelist.

His first novel was a long story titled "Eski Ahbap" (Old Friend), which was published in 1917. He wrote literary criticism and plays in several important journals of the time, using funny pseudonyms for his humorous and daily pieces: "Ateşböceği" (Firefly), "Ağustosböceği" (Grasshopper), "Yıldızböceği" (Lightning bug). In 1923 he published the humor magazine Kelebek (Butterfly) with his friend Mahmut Yesari.

His work that provided real fame, however, was "Çalıkuşu" (The Wren), a novel that was published in episodes in the popular Vakit journal in 1922. In fact, he first planned to write a play titled "İstanbul Kızı" (Istanbul Girl), but quickly realized that such a work was not suitable for stage production. He then decided to rewrite it as a novel in order to elaborate some social details better.

Çalıkuşu was loved by the masses from the time this novel first appeared. It was a love story set in the conditions of Turkish War of Independence that began in 1919. With plain language, Güntekin placed patriotic and idealistic emotions into his characters in order to deepen the realistic background of the novel. The main character was Feride, a well-educated and beautiful women who went to an Anatolian village in order to offer a better education to future generations of the new Turkish nation. Although it is a love story between Feride and Kamuran, the author managed to bring this relationship together with the social problems of the time.

Love, loneliness, friendship, sacrifice and betrayal have always been main motifs in Güntekin's novels. In "Yaprak Dökümü," published in 1930, he wrote the story of a middle-class family that is torn apart after settling in the big city after one of the daughters goes to university. The family's transformation represents the moral crises Turkish society witnessed in an age of radical modernization. The historical change in familial roles turns from traditional to modern. The tree without leaves, which is the main metaphor of the novel, has often been interpreted as representing the past Ottoman social life. The tension between the authority of community life and individual self-realization is the crucial emphasis of the novel. The novel has been adapted to film twice and reprinted numerous times.

The popularity of the television adaptations of his novels is not surprising. When the books were published, Güntekin rapidly became the most widely read author of his time. Behind this success was his writing style, which consisted of easy-to-follow plots and vivid descriptions of events and processes that his characters experienced. Güntekin was a prominent name of the social realism movement, with his novels mostly elaborating individual experiences within the changing conditions of his time.

In 1931, Güntekin started to work as an inspector at the National Education Ministry. He supported cultural and symbolic revolutions made by the new Republican governments and served as a deputy for Çanakkale between 1933 and 1943 in Parliament. Even though he did not write much during his years in politics, with his novels had a moral and cultural education, reminding readers of the task of establishing roles for the new Republican ethos.

In addition countless articles, Güntekin also wrote plays. Similar to his novels, the characters in his plays are also described with conflicted psychology within the human condition. Perhaps the reason why Güntekin's works are still read and appreciated is because readers can easily identify with more than one character at a time. Different, even antagonistic, class cultures in Turkish society are perfectly reflected through the personal relationships between all of Güntekin's characters. Generational conflicts, modernization problems and education are the main issues Güntekin used.

Güntekin went to Paris as the representative of the Republic of Turkey for UNESCO in 1950 where he worked as a culture attaché for years. He died from lung cancer in London on Dec. 7, 1956, and was buried in Karacaahmet Cemetery in Istanbul. A theater in Istanbul's Fatih district and two high schools are named after him. When he was alive and living in the Levent neighborhood the municipality decided to name the road he lived on Çalıkuşu.

Güntekin wrote 19 novels, seven story books, 15 plays and one travel book, "Notes from Anatolia." Güntekin's books are still included in primary and secondary school syllabi since his fluent and pleasant style is a good way to encourage children to love literature.