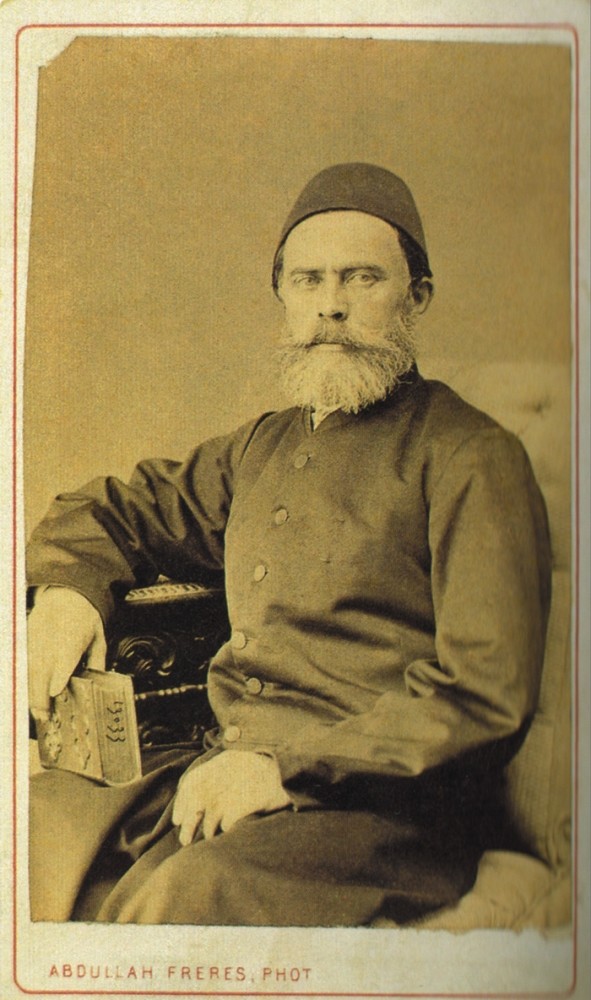 Starting from the bottom of the Ottoman political ladder, Ahmed Cevdet Pasha was the face of modernization in the 19th century thanks to the first written Ottoman Codex of Law that he wrote, which brought sharia and the imperial law of the sultans together during the Tanzimat era

There were three eras of modernization throughout Ottoman and Turkish history since the early modern age. First was the so-called Tulip Age, which refers to the reign of Sultan Ahmed III with his grand vizier İbrahim Pasha of Nevşehir. During the Tulip Age, the Ottoman bureaucracy established the first printing house of the Ottoman Empire, adopted Western urbanism and rationalized the military order. Hindered by rebellion supported by the lower classes, the Tulip Age is considered a façade, a feigned attempt at modernization.

The second type of modernization was legal and administrative reform enacted by the Ottoman state in the Tanzimat (Regulations) era. This was a much broader attempt at modernization compared with the Tulip Age in a social sense, thanks to the utilization of intelligence in the reformation process. The most significant aspect of Tanzimat modernization was that the state accepted all citizens as equal, regardless of their religious affiliations. A Tanzimat decree announced that all Ottoman citizens were equal according to the law. But what was the law?

The Ottomans had written laws, both sharia and the imperial law of the sultans. In addition, religious minorities had their own laws as well, which were put together after the Tanzimat decree. Reşit Pasha, the grand vizier behind the Tanzimat reforms, established the Council of Tanzimat, assigned with the duty of writing the codes of law and decrees enacted throughout the Ottoman Empire. However, there had been no constitution or law code written before 1868, during the reign of Sultan Abdülaziz, who established a special council headed by Ahmed Cevdet Pasha, a member of the Tanzimat Council who was assigned to prepare an Ottoman Code of Law known as "Mecelle" in Turkish.

Ahmed Cevdet Pasha was born on March 26 or 27, 1823 in Lovech in present-day Bulgaria. Originally named "Ahmed" by his family, he was later given the pen-name "Cevdet" by Süleyman Fehim Efendi, who was a poet. Ahmed's father Hacı İsmail Ağa came from the Yularkıranoğulları family which was among the most notable in Lovech. His mother Ayşe Sümbül Hanım was from another famous family, the Topuzoğlus.

Thanks to his family's wealthy status Ahmed received his first private education from the mufti of Lovech who first taught him Arabic and upon gaining enough skill to read the language, the young Ahmed began reading Islamic sciences including the fiqh. At the age of 16, his grandfather sent him to Istanbul to pursue higher education.

Ahmed Cevdet received both Islamic and scientific lessons at the madrasah. Moreover, he read the "Masnavi" of Rumi in order to deepen his knowledge of the Persian language. He also read Ottoman poetry diwans and began writing poetry in his madrasa years.

Despite being very young, Ahmed Cevdet became familiar with top bureaucracy of his day. He wrote a poem together with Fuat Pasha and submitted eulogies to Reşit Pasha. He knew how to read and write in Arabic and Persian and could understand texts written in French and Bulgarian as well.

Ahmed Cevdet's first official position was as a qadi in a small town in the Balkan side of the Ottoman State, which he acquired in 1844. He also gained the title of lecturer at the madrasa. In 1850, he was the director of the Teachers' School in Istanbul. He followed Fuat Pasha to the province of Bursa and wrote the "Kavaid-i Osmaniye" (Ottoman Rules) and the establishment bill of the "Şirket-i Hayriye" (Marine Lines Company of Istanbul). He was selected as a member of the "Encümen-i Daniş" (Council of Scholars).

In 1853, he was assigned to a special project; he would write the official history of the Ottoman State between 1774 and 1825. Two years later, he submitted the first three volumes of his history, "Tarih-i Cevdet" (Cevdet's History) – in the Ottoman Empire history books were named after their writers – to the sultan, which caused his being assigned as an official chronicler of the state. He would keep this title until 1865.

In addition to assignments as a historian, he continued his job as a qadi. He was named qadi of Galata, Mecca and Istanbul between 1856 and 1861. He was assigned to inspect the Balkan provinces twice. Attributing his successes in the offices he took, he received a greater position in 1863 as the "kazasker" (supreme judge) of Anatolia. This meant that, at that time he was ranked third in the justice department.

In 1866, his position as a kazasker was changed to "vezir" (minister) and his title "Efendi" was replaced by "Pasha," which meant that he was no longer an ordinary administrative but among the superior bureaucracy. He was just 42 years old, when he became a pasha.

Ahmed Cevdet "Pasha" was assigned as the first governor of the newly established province of Aleppo by combining Maraş, Urfa and Zor sanjaks with Adana eyalet. He completed the establishment of the governor's office in Aleppo in two years.

Cevdet Pasha always climbed steps rapidly. In 1868, he became the Minister of Justice, which was again very new in the Ottoman bureaucratic tradition. His duty was to establish the new court system and to have laws and regulations required for that be prepared. This was like a destiny to him. He should establish from the very beginning whatever position he was given.

Pasha made a surprising offer to the sultan and grand vizier, which brought him great fame among Muslims. He thought that a codex of law should be prepared for the Hanafi fiqh. Hanafi madhab is one of the four greater madhabs of Islam and has been the most scattered madhab among Turkish people. Sultan and grand vizier founded a council for the Pasha's offer named "Mecelle-i Ahkam-ı Adliyye Cemiyeti" (Association for Codex of Judicial Decisions) to be headed again by Ahmed Cevdet. This special council started preparing the Mecelle in 1868 and could finish the last chapter of the same only in 1876.

Mecelle is the Ottoman codex of Islamic private or civil law. It consists of 16 chapters and 1851 articles beside an introduction. Mecelle is seen as an attempt to form a modern legal system depending on the Islamic legal tradition. In short, it was an update of the Islamic fiqh. Furthermore, the Republican administration annulled the Mecelle in 1926 in order to adopt the Swiss civil code in full.

Cevdet Pasha was assigned as minister at various departments including Justice, Foundations, Interior, Commerce and Education from 1873 and 1882. He retired in 1890 and finished his history books, namely the "Tarih-i Cevdet," "Kısas-ı Enbiya" (Parables of Prophets), "Tezakir" (Communications) and "Maruzat" (Petitions), or the political views adopted by the pasha. Ahmed Cevdet Pasha died on May 25, 1895 in Bebek, Istanbul. He is buried at the Fatih Mosque Cemetery.
RELATED TOPICS