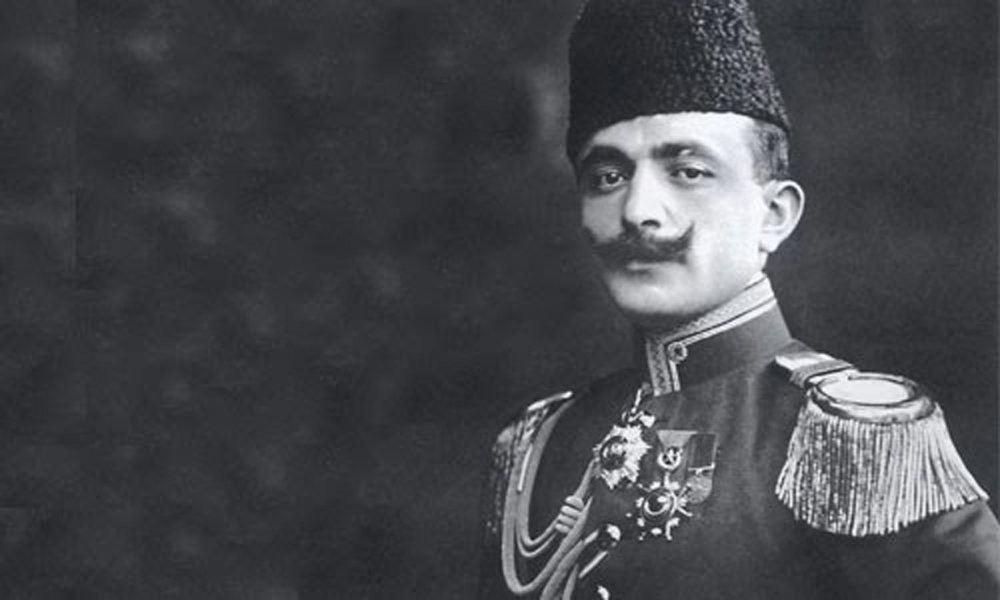 A leading member of the still-controversial Young Turks society active in the early 1900s during the end of the Ottoman era, Enver Pasha remains a controversial figure who is idealized and demonized by different circles

The history of the Young Turks is still a controversy. Was they a legitimate political stream or were the Young Turks a bunch of traitors? The answer depends upon your political perspective. The fact is that the Young Turks held leading roles in politics during the last decades of the Ottomans.

One man, still the main symbol of the Young Turks movement, has been idealized as well as demonized: Enver. Born in the same year as Mustafa Kemal, who is also debated, Enver "Pasha" stepped up after the 1908 reformation and remained a top decision-maker and man of action, until he was killed before the end of the Ottoman era, and the beginning of the Turkish Republic.

Enver Pasha was born "İsmail Enver" in 1881 in İstanbul. His family came from Manastır (now Bitola) in Macedonia. İsmail Enver's father, Ahmed Bey, was a civil servant who received the "Pasha" title in later years. İsmail Enver was so clever and curious that his father made him start school at the age of three.

In grade two, Enver moved to Manastır with his family, since his father received an office in the Department of Development. Enver graduated from military high school in Manastır and attended the "Harbiyye-i Şahane" (Royal Military School) in İstanbul.

While in Harbiyye, Enver heard and shared political views opposed to Sultan Abdülhamid II. Nonetheless, he was a hard-working and successful student, who graduated from the Harbiyye ninth in his year, and was selected to join the general staff.

While he was a student in the General Staff School, Enver was detained in Yıldız Palace and interrogated for alleged relations with the Union and Progress Party (ITC); however, he was released. Historians assert that while in school, he didn't participate in ITC activities. After graduation, Enver was appointed as a general staff captain in Manastır and participated in chasing and capturing Bulgarian gangs.

For three years, Enver chased Bulgarian, Albanian and Macedonian gangs, an experience which strengthened his nationalist sentiments. In 1906, he joined the Ottoman Freedom Association in Salonika, and stayed and continued working hard for the association after it merged with the Paris based Ottoman Progress and Union Association. He played a critical role in the Progress and Union Association; he participated in assassinations and other rebellions.

In 1908, his activities were reported to the Ottoman Palace, and he was called to İstanbul. He left Manastır for the mountains and joined the Young Turks rural rebellion. 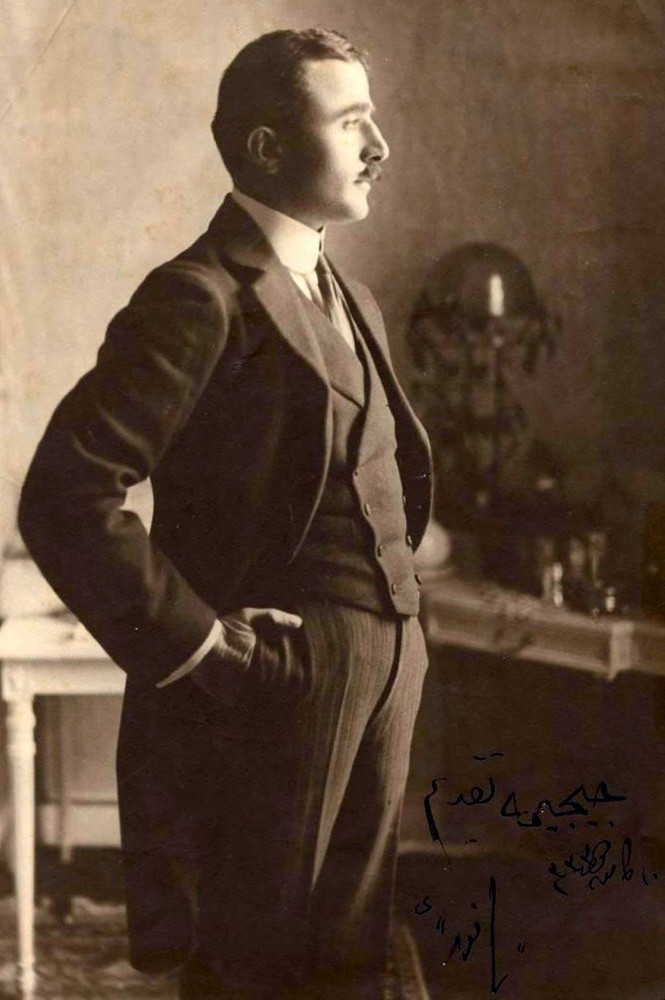 Sultan Abdülhamid II announced reforms, opened parliament and declared "freedom," just a month after Ottoman officers started a rural rebellion in the Balkans. Enver went to Salonika to join the "freedom festivals." Since he was the top-ranking officer in the rebellion, he was embraced by many as a hero of freedom.

After the 1908 reformation, Enver was sent to Berlin as a military attaché. He appeared in İstanbul for a while in 1909 to join the "Movement Army" which dethroned Sultan Abdülhamid, and the Union and Progress Party captured the political arena and began ruling Turkey. They were young though and stayed in the shadows for a while.

In 1911, Enver was appointed as a military investigator in the gendarmerie, chasing Balkan nationalist gangs. He married to Naciye Sultan, a niece of the sultan. Some believe that rivalry between Mustafa Kemal and Enver started with that marriage, since Enver became the "groom of the Palace," something Mustafa Kemal failed to do.

Italy invaded Libya in 1911, and Enver proposed to support a guerilla war by Libyan natives against the invaders. After the ITC and the Palace approved this plan, Enver arrived in Benghazi in late 1911 to organize a guerilla war. For more than a year, he fought against the Italian invaders together with other Ottoman officers, such as Mustafa Kemal and the Arab locals.

The next year, the Balkan War exploded and Enver moved to İstanbul. He was in the ITC's pro-war wing, and together with his friends, forced the Kamil Pasha cabinet to resign before signing peace treaties with rebel states in the Balkans. Kamil Pasha resisted the pressure put on him by ITC members.

In early 1913, Enver and friends raided the Babı Ali (Cabinet House) and forced Kamil Pasha to resign. Mahmut Şevket Pasha, a former general, replaced Kamil Pasha, and the army fought to recapture Edirne from the Bulgarian forces. Enver and his friends fell into difficult circumstances when the army failed to save Edirne. The assassination of Mahmut Şevket Pasha helped them.

In June 1913, a rival officer group killed Mahmut Şevket Pasha, seeking to overthrow ITC rule. They were arrested and punished heavily, and 12 of them were hanged. This gave the ITC the chance to rule by themselves, and they seized total power. Enver utilized utmost power during extraordinary situations. He gained the rank of general and became the Minister of War.

Enver was assigned as Chief of General Staff in early 1914 and tried to reform the army, suffering from defeats during the Balkan War. He made elderly staff members resign and replaced them with young officers. World War I exploded later that year, and many blame Enver for the alliance with the Austro-Hungarian Empire, although we have evidence that the Ottoman State had no opportunity to form alliances with England or other nations.

World War I was the apex for the Young Turks, including Enver. They made every effort to ensure the survival of the Ottoman era, but they failed and collapse followed. At the end of the war, Enver became a fugitive, fled to Berlin and tried to make new alliances with German and Russian counterparts. He visited Moscow in 1920, where he met Çiçerin, Lenin, Trotsky and other Russian communist leaders. He backed the War of Independence in Anatolia from afar. He convinced the Russians to join in Turkey's war of independence against the Greek occupiers. Although he hoped to be the leader of the War of Independence, the communists decided to help Mustafa Kemal.

When Mustafa Kemal began to win against the Greeks, Enver changed his plans and moved to Bukhara, thinking of organizing and leading the Basmacı rebellion against communist Russia.

On Aug. 4, 1922, while Enver Pasha was celebrating Qurban Bayram with his comrades, Russian troops invaded his headquarters. Enver died fighting the Russians, was buried in the village of Abıderya in modern-day Tajikistan, and his personal belongings were sent to Moscow, and are today exhibited in the military museum.
RELATED TOPICS