Hacı Arif Bey: No remedy for my wounds 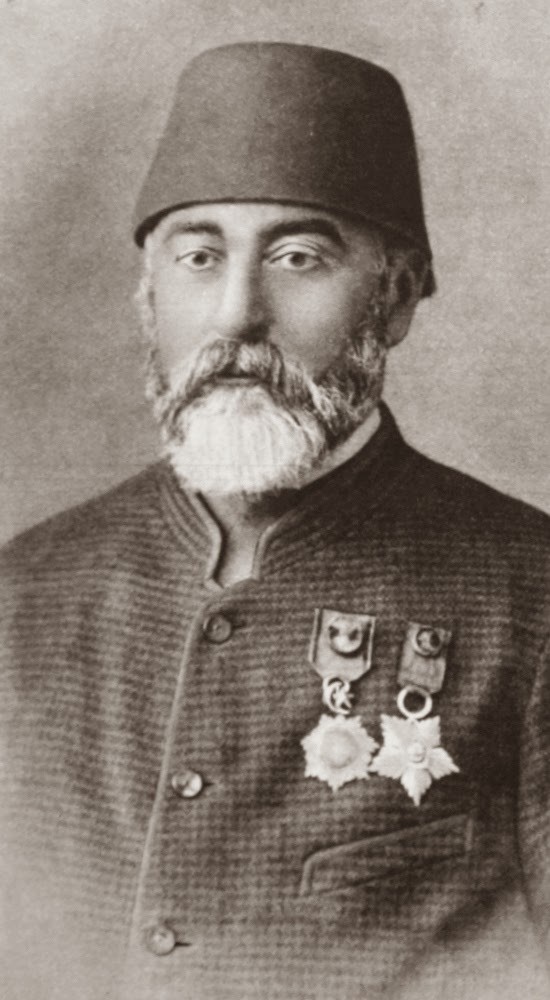 Having lived in Istanbul between 1831 and 1885, classical musician Hacı Arif Bey made great contributions to Turkish music with hundreds of compositions and his service in the palace

Every civilization has its own distinction. What's the Ottoman distinction? It may be the Istanbul silhouette, featuring mosques, to foreigners. It's poetry and music to Turks. Ottoman music always goes with poetry. We do not even use the verb "sing" to refer to the art of singers. Turkish singers "read" their songs.

The main form of Ottoman classical music to be "read" is called "şarkı" (deriving from "şarki," which means "eastern" to be distinguished from "türkü," coming from "türki" meaning "Turkish" or "Turkic").

Born in the 11th century, the "şarkı" is really an eastern form of poetry and music. It comes from the al Farabi-Abd al-Qadir Maraghi tradition of the Turko-Iranian plateau. Some of the two musicians' compositions survived centuries and are among the best pieces of the Turkish music repertoire.

The "Şarkı" form spread in the early 18th century along with urbanization in Istanbul. Rich families began to show up in parks constructed by the state for modernization. Leisure activities and entertainment became a major concern for citizens. Though rich Turks didn't have concerts and balls like the Western aristocracies, they were fond of listening to music.

The Ottoman palace led the above-mentioned public entertainment by hiring musicians. In the 19th century, the palace even had its own orchestra, the "Muzıka-i Hümayun" (the royal band). This orchestra hired many talent individuals until the Ottoman Empire collapsed in 1922. A special singer, Hacı Arif Bey, was the most publicly admired Ottoman musician

and also a student and then employee of the Muzıka-i Hümayun.

Hacı Arif Bey was born "Mehmed Arif" in Eyüp, an old neighborhood in Istanbul, in 1831. His father Ebubekir Efendi was the chief clerk at the Shariah Court in Eyüp. Mehmed Arif was born to music. Even in elementary school, his talent was obvious, and he became the soloist of the religious hymn choir of the school.

A family friend and neighbor, Şahinbeyzade Mehmed Bey, who was a composer, realized that Arif had real talent. So, he began tutoring the child privately. Arif worked with Hafız Mehmed Zekai Efendi, another family friend and neighbor, too. Working Turkish music is called "mashq," which means that you repeat a song with a master until you sing it perfectly. Hacı Arif Bey is said to have a personal repertoire of 2,000, which implies that he memorized the lyrics and unwritten notes of each song.

Love affairs within the harem

His master Mehmed Bey took little Arif to Hammamizade İsmail Dede, one of the greatest musicians in Ottoman history. Besides, Mehmed Bey made Arif attend the Turkish music department of the Muzıka-i Hümayun. Thus, Arif's talent became known officially. He was now a young musician educated under the sultan's name. Arif also began working as an assistant clerk in the Ministry of War. Meanwhile, he became acquainted with Sultan Abdülmecid and his official chamberlain.

Arif Bey's musical life expressed his private life in a sense. When he fell in love with Çeşmidilber, one of the odalisques he taught music, he was suspended from official duty for a while. After his wife Çeşmidilber left him, he composed a song of separation, "Niçin terk eyleyip gittin a zalim" (Why did you leave me, you are heartless). He was later reappointed to his position in the palace, yet soon after had a new affair with another odalisque, Zülfinigar, who would become his second wife.

He was suspended from the palace again, and his new wife left; thus, Arif Bey composed one of the most popular songs from that day to this: "Olmaz ilaç sine-i sad pareme" (No cure for my heart has fallen into pieces). The lyrics were in fact a short poem of Namık Kemal, the great Turkish poet of the time.

Arif Bey married a third time, on this occasion to a lady named Nigarnik, one of the maids of honor to the sultana, after he was reassigned as a music teacher in the palace during the first year of Sultan Abdülaziz's rule. Sultana Pertevniyal made the two marry. However, he was dismissed again from the palace to serve as a member of the State Council and director of finance for the Beykoz district with a very high wage.

Invited to Iran, yet locked in the palace

When Abdülhamit II began his rule, the Iranian ambassador asked his permission to take Hacı Arif Bey, who was living in the wilderness at that time, to the Iranian palace. However, Abdülhamit said he would hire him again at the Muzıka-ı Hümayun and didn't allow such an assignment to the Iran state.

Arif Bey was accepted in the palace for the fourth time, but Arif couldn't get as close to the cautious sultan as he had with his predecessors. They even had some troubles with each other. Arif Bey denied a private improvisation offer for the sultan, after which the sultan restricted him to his chamber in the palace for more than a month. After 40 days, Arif Bey offered to read a new piece in the presence of the sultan so that he could get out of the prison of his room.

After that incident, Arif Bey was colder to the Muzıka-i Hümayun and rarely visited the palace. He was broke, too, and had problems with his heart. Soon after, he composed a new song, "Gurub etti güneş dünya karardı" (The sun sets, the earth darkens). He died on June 28, 1885, in his chamber in the Muzıka-i Hümayun.

Though his music education depended on mashq only, Arif Bey acted as a singer, instrumentalist and composer at the same time thanks to his incredible memory. He wrote many compositions in all maqams of classical Turkish music. Some critics call his art neo-classical, while others prefer the term romantic for his work. I think neo-classical is a better fit.

Hacı Arif Bey is considered the second best composer of the 19th century after Hammamizade. He was the best singer of the same century; he might be the best of all time. People from different circles, intellectual or not, still love his songs, and some of them are all-time hits.
RELATED TOPICS