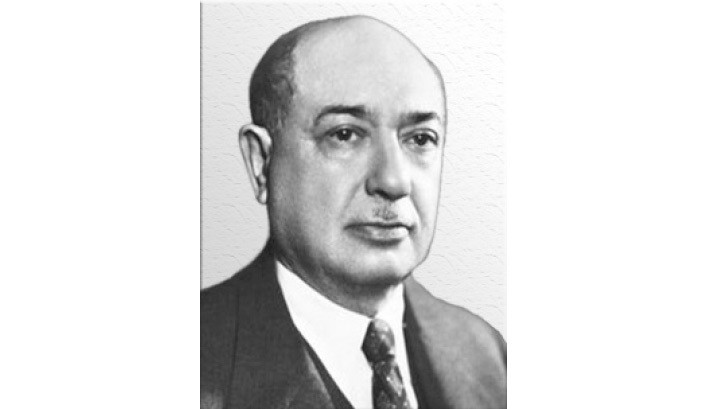 The constitutional era saw many interesting political figures; however, Şemsettin Günaltay, a madrasah graduate and the last prime minister of single party rule, stands out with his characteristics as well as his politics

The generation of the Constitutional Era, or the National Literature movement, was the first generation to take full responsibility for the people and state. The Young Turks movement, which historically refers to the period before the Constitutional Era, continued as a mindset until the end of single-party rule. Many liberals, Kemalists, even Islamists, took roles in the People's Republican Party's (CHP) attempts to found a secular republic to replace the traditional Ottoman establishment.

Şemsettin Günaltay stood at an interesting point in the short history of the Constitutional Era and the early single-party CHP era. A madrasa graduate, Günaltay acted with the CHP after the Ottoman State vanished. He was the last prime minister during single party rule and is known for his eclecticism, colorless statesmanship and scandalous political career.

Günaltay was born Mehmed Şemseddin in 1883 in Eğin, now Kemaliye, a sub-province of Erzincan, an eastern province of Turkey. His father İbrahim Edhem Efendi was an Islamic scholar teaching at a madrasa. His mother Saliha Hanım was a housewife.

After receiving a private education from his father, Mehmed Şemseddin was schooled at Ravza-i Terakki Mektebi, a primary school for Muslim and Jewish students, in Üsküdar, Istanbul. He went on to graduate from Vefa İdadisi, now Vefa High School, located in Fatih, İstanbul. He attended the Science department of Darülmuallimin-i Aliye, the School of Teaching, where he graduated with high honors in 1905.

In fact, Günaltay and Mehmet Akif, the great poet, shared very common educational backgrounds both having attended madrasa and secular schools. Günaltay learned privately and could read and write in Arabic, Persian and French.

Günaltay taught geometry in Darüşşafaka (Orhan's Home) School in Istanbul. He worked as school principal in the Cyprus İdadi before moving to Lausanne, Switzerland in 1909 to study natural sciences at the university there. He also worked as a school principal in several other high schools after his return.

Meanwhile, Günaltay wrote philosophical and social articles for the Islamist "Sırat-ı Müstakim" and "Sebilürreşad" periodicals, which were edited by Mehmet Akif. In 1911, he began giving history seminars at the "Türk Ocağı" (the Turkish Home) of the nationalists. Two years later, he joined the Islamist-nationalist group publishing "Islam" magazine.

Günaltay began studying history after meeting Ziya Gökalp, the famous nationalist thinker. Günaltay started working as a lecturer of Turkish history and the history of Islamic nations at the Darülfünun (Istanbul University) in 1914. Three years later, he was assigned as a philosophy lecturer at the Süleymaniye madrasa.

From darkness to the light

In 1913, Şemseddin Günaltay published his first book, "Zulmetten Nura," (From Darkness to the Light), where he argues the regression of Muslim societies and offers some modern solutions to the problems at hand.

Akif wrote a review for Şemseddin Günaltay's book in Sebilürreşad, calling Günaltay "the physician of society's ills." Akif wrote, "Şemseddin is a kind of sociological doctor. However, he does note the symptoms for the illness as some idiots do. He tries to find the real causes of the illness. He carries the full knowledge required for this diagnosis. He has the knowledge of medicine and the nature of his patient."

In 1915, Günaltay was elected as a member of Parliament, representing Ertuğrul, now Bilecik, province for the Union and Progress Party (ITC). After World War I, he was a member of the special committee interrogating the ITC high ranks concerning the war. It is important to note, Günaltay was always among the winners, never playing for the losing party.

When the War of Independence started, Günaltay was once again on stage and became part of the struggle against the occupation. In the meantime, he met high-ranking officials, such as Mustafa Kemal, who would later go on to lead Turkey for years.

After the Greeks were defeated and the Turkish Republic was announced as an independent nation-state, Mustafa Kemal ordered Günaltay to found the CHP organization in Istanbul. In 1923, Günaltay was assigned as a member of parliament for the Sivas province, continuing on to be assigned and elected as a parliament member seven times in a row.

Günaltay became the dean of the Faculty of Literature at Darülfünun in 1925. Six years later, he was assigned as a member of the Turkish History Institute.

In 1946, CHP announced that free elections would take place; however, the vote was rigged, requiring people to vote accompanied by soldiers then counting the votes away from the public's eye. After this farce, the CHP declared its self-fulfilled victory, and the Democrat Party (DP), the real winner, became the official opposition.

The Democrat Party was a populist-secularist party with some conservative attributes. Turkish people believed that the DP was the savior of Islam, so they supported it. CHP officials saw that their secularist suppression of religious freedoms lead to election failure, forcing them to rethink their falsified voting tactics leading them to reform their secularist policy. İsmet İnönü, the second man of the CHP after Mustafa Kemal, assigned Günaltay as prime minister in 1949.

Günaltay's prime ministry is still a matter of controversy. In his day, rigid secularists in the CHP, DP members and supporters opposed him and neither Islamists nor secularists wanted him.

Günaltay accomplished two things as prime minister. He opened the Faculty of Theology and enacted a new election law that established private voting. Thus, Günaltay was the man who buried the CHP as the ruling single party.

During Democrat Party rule, which covered all of the 1950s, Günaltay acted as a low-profile politician in the CHP. After the military coup overthrew the DP government, he was again among the winners. He joined the Assembly of Founders and was assigned as a senator according to the military constitution of 1961. However, he died before enjoying his brand-new title.
RELATED TOPICS