Calm before the storm: Abdülhamid II 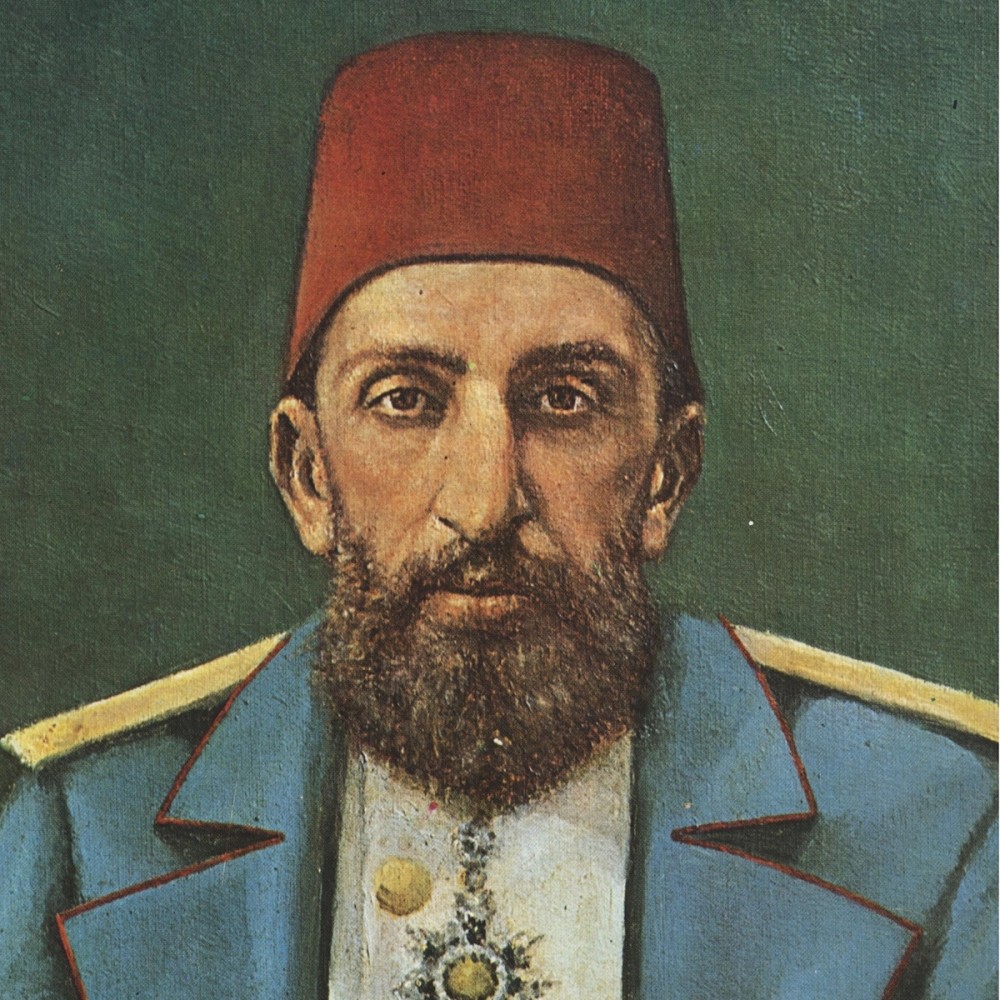 One of the most influential Ottoman sultans, Abdülhamit II ruled for 33 years under a very chaotic political and military environment from 1876 to 1909 before he was dethroned in a riot. Since then he has been considered ‘the red sultan' by some circles and ‘the supreme emperor' by others

Not the best conqueror among all the Ottoman sultans, nor the one who made the most public improvements. The best protector of scholars (ulema) and poets (shu'ara) he was not, nor the one whose time witnessed major upheavals or great wars on the empire's borders, with the exception of his first and last years. However, the most discussed Ottoman sultan, both during his life and after his death, beyond doubt, is Abdülhamid II. Opinions concerning Abdülhamid are often quite severe. For some, he was a tyrant; for others, he was a genius. Even though the topic has lost its popularity nowadays, we can still ask this once-fashionable question: "Was Abdülhamid II the red sultan or a supreme emperor?"

Abdülhamid II was the son of Sultan Abdülmecid, thus nephew of Sultan Abdülaziz. His grandfather was Mahmud II, who disbanded the Guild of Janissaries and accelerated the Westernization movement. Abdülhamid II was born on Sept. 22, 1842, left motherless at the age of 10 and fatherless at 19. When his mother Tirimüjgan Sultan died, his mother-in-law Perestu Kadın Efendi began to parent the young shahzade (royal prince). After his father died, his uncle took a close interest in the orphaned shahzade. His uncle provided him with a good education and allowed the young shahzade to accompany him on his famous journeys to France and Egypt.

We do not have detailed information about his education and fields of interest during his younger years. According to a suspicious "diary," the young Sultan Abdülhamid II was a bit raggedy, just like his brother Murad. This suspicious book, "Diary," is attributed to Sultan Abdülhamid II; yet, its first part was written by Poet Süleyman Nazif, and the second part by İsmet Bozdağ for archivist Ali Birinci.

When the details are examined, we end up with a decent portrait of Shahzade Abdülhamid. He smoked, played piano and was a naive-frail young man. He spent time with his wife and children after living freely in celibacy. Although his brother Shahzade Murad was surrounded by literati, he didn't pay them much attention. Despite Süleyman Nazif's claims about Sultan Abdülhamid, the young shahzade did not love Ziya Pasha.

Comparing the two shahzades, it can be said that Abdülhamid was cold and distant, while Murad was warm and friendly. So, it is natural for poets to prefer Murad, where they would never warm up to Abdülhamid. While some hated Abdülhamid, others admired him. There were others who were simply confused on the topic.

After his uncle's dethronement and suicide/assassination and his heir brother's insanity upon succeeding to the throne, Abdülhamid II came to power. There was great depression in the palace that, not only spread into Istanbul, but also among the intellectuals and within the state.

During this time, Mithat Pasha was the controlling power. The leader of an intellectual-bureaucrat group, who dethroned, and allegedly killed Abdülaziz, he later enthroned Murat and then dethroned him. Pasha prepared the first Constitutional Law, set up the Assembly and shook hands with Abdülhamid at his enthronement, agreeing to support Abdülhamid as long as he accepted Constitutional Law and the existence of an Assembly.

Was 34-year-old Abdulhamid II, who succeeded to the throne in August/September 1876 upon acceptance of strict conditions, a lamb among lions? In addition, he was surrounded by bureaucrats of the Sublime Porte (Bab-ı Âli), and also being threatened by external debts and Russia, which was fond of getting a cut from the Ottoman Empire.

Soon, it was understood that the young sultan was not, in fact, a lamb. After announcing the first Constitutional Law of the Ottoman Empire in December of 1876, Abdülhamid opened the first Assembly in March of 1877. The first thing he did was to exile Mithat Pasha with the power vested in him by the Constitutional Law. This was just the beginning of Sultan's plans for Mithat Pasha. After two years, Abdülhamid forgave Mithat Pasha and appointed him to the provinces as governor. Pasha was a governor for a while and then caught in 1881 and brought to Istanbul. A court set up by Abdülhamid convicted the old-grand vizier for murdering Sultan Abdülaziz and condemned him to death. Abdülhamid then acted as if he had forgiven Mithat Pasha and turned his punishment into a life-long imprisonment. Pasha was suffocated in 1884 after being sent to Ta'if. There is little doubt that this murder was ordered by Abdülhamid or his grand vizier Said Pasha on behalf of the sultan, even though there is no written evidence to prove it.

Myths exist about Abdülhamid's preservation of the Ottoman Empire's territorial integrity. During this time, treaties were made with Russia in his reign's second year, the independence of Serbia, Montenegro and Romania were recognized and also Kars, Ardahan and Doğubayazıt were left to Russia. In the same year, the United Kingdom occupied Cyprus. Losses were not limited to this. Between 1878 and 1885, Bosnia-Herzegovina, Yeni Pazar, Eastern Rumelia, Thessalia, Somalia, Ethiopia, Tunisia and Egypt were taken entirely from the Ottoman Empire.

We witnessed that Abdülhamid, who became a master of diplomacy in 1885, kept the state integrated until the end of century. Meanwhile, debts went unpaid and the Public Debts Administration began seizing more than half of the government's budget. Armenian revolts and the revolution/reform mission of the Committee of Union and Progression emerged. The Ottoman dynasty was accustomed to revolts and wars, but the most threatening ones for the center of the state were those in Abdülhamid's period. That is why we can say the myth about the territorial integrity has a point. Despite all these things, Sultan Abdülhamid was able to hold Ottoman Empire's head above water.

Having gained more experience, the Sultan could always find a solution for revolts and wars, but did not succeed in preventing the revolutionary activities of the young bureaucrats growing up in the modern schools he founded. During the Macedonian revolution, stirred up by the members of Committee of Union and Progression, he announced that old Constitutional Law would be reinstated, accepting that the Assembly would be re-opened after more than 30 years.

While the father was puzzling over how to share power with his sons, his sons took action and Sultan Abdülhamid was dethroned in 1909 under the pretext of the 31 March Incident. From that moment on, the Sultan, who maintained one-man rule for 33 years, stepped aside and the next generation, whom we can regard as his finest achievement, took over. A very rapid collapse followed that moment. It is not possible to speculate the possible outcomes of subsequent events after the Sultan handed over power, the Italian occupation in Libya, the great wars, such as Balkan War and World War I; yet, the fall caused by the Committee of Union and Progression led many people to think that it would have been better if Sultan Abdülhamid had not been overthrown.

Eccentric and interesting, Sultan Abdülhamid, who was watching the world and events from his tiny corner, died before the end of World War I. His tomb lies in the shrine of his grandfather Mahmud II in Divanyolu, which is popularly known as "the Shrine of Abdülhamid."
Last Update: Dec 24, 2016 1:48 am
RELATED TOPICS