Osman Gazi: We are all living in his dream 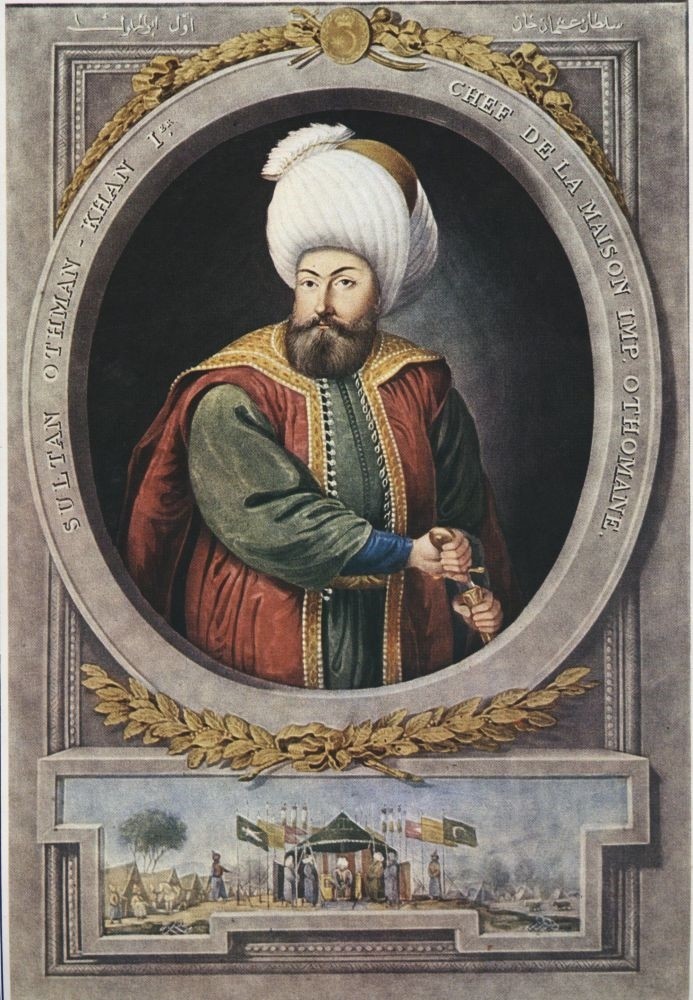 Known for the famous dream of a tree extending from his stomach towards the sky, Osman Gazi founded the great Ottoman Empire, as his dream unfolded over nearly six centuries

Perhaps it is the scarcity of information about the life of the founder of the Ottoman dynasty that makes it all the more intriguing. Historians such as Aşıkpaşazade, one of the first Ottoman historians, might argue that the economic concept of scarcity value lends itself applicable to history as well, making every piece of information about the life of the first Ottoman sultan Osman Gazi all the more valuable. We may never know if the sultan, who established a dynasty from the late 13th to early 14th centuries that would go on to become the nascent Ottoman Empire, had a dream like that of Martin Luther King. It is hard to imagine an Ottoman sultan standing before a podium and bursting out, "I have a dream." In fact, according to Aşıkpaşazade, Osman I was illiterate, lending more mystery to the possible rhetoric used by the first sultan. While classical and historical narrations suggest that Osman Gazi had a dream that a plane tree extended from his stomach to the sky, the fact remains that we may never know the true details about the life of this magnificent leader. However, one thing is clear: The Ottoman sultan had a dream that Turkey would become a nation.

The father of seven sons, Osman I endowed each of his offspring with names representative of the seven separate segments of society; namely, Pazarlı (Trader), Çoban (Shepherd), Alaeddin, Orhan, Melik, Hamud and Ertuğrul. He had great vision, evident in historical records from the lands which he conquered. These records clearly indicate that Osman Gazi and his warriors were not just occupiers and raiders. The first Ottoman sultan conquered an area of land equal to a small Anatolian city (one-third of the modern day Bursa and Bilecik provinces and one-third of the Eskişehir province, as well as a slight amount from the Kocaeli and Sakarya provinces) in his six-year beylic.

This fact leads one to question the famous thesis written by Austrian orientalist and historian Paul Wittek about the rise of the Ottoman Empire, known as the "Gaza thesis." If we were to ask the late Paul Wittek or his followers to explain the rise of the empire, they would tell us that the Ottomans were nomadic warriors solely focused on the conquest of lands and bounty. Adventurous warriors were rushing into Ottoman lands from Islamic lands for Ottoman land was the frontier of the Seljuk Empire and this spread so much that non-Muslim bounty-lovers went to get the goods with Osman.

Let us take a look at the legacy Osman I handed down after having so much bounty: Barding, a pair of boots, a few flags, a sword, a spear, an arrow box, a few horses, three herds of sheep, a salt shaker and spoon rack. I personally would not call this a legacy of a bounty-lover. He was certainly not the richest chief among the beylics, as other beylics were involved in their own holy wars (gazas) with holy warriors (gazis).

In addition to a plentitude of bounty, the brave Osman I was genetically well-endowed with hazel eyes, golden skin and a broad chest. He was an expert at making both war and peace, becoming famous across Islamic lands for distributing what he had acquired during holy wars thus compelling many people from other tribes to join his beylic.

Osman Gazi was a complex commander. He did his best not to give away even a single acre of his land while making agreements with Byzantine landholders that would last for a lifetime. Osman I was aggressive and cared about almost nothing but Islam.

The issue about Christian gazis was both exaggerated and warped. These men were Christian but in the end became Muslims and were tied to Osman and his family, both in terms of belief and blood. It was not unnecessary for Mihal Bey and his blood relatives to emerge sometimes and express how loyal they are to state. Our ancestor Osman had such spirituality.

Traces of belief, friendship and justice can be seen in his unrivaled charisma. Terror and cruelty are things Osman Gazi could never understand. He was a borderline naive man but he was actually a chief expert in politics. He had pinned Byzantine rulers against each other and made room for the rise of Islam, transforming Bithynia into modern-day Turkey.

Osman Gazi could not spread into Anatolia to dominate the region. Big beylics were around him. The Seljuk sultan, whose throne was not very stable, was essentially preserving his rule. Also, they were facing terror from the Mongols, who were oppressing the whole of Anatolia.

Osman I also could not conquer Rumelia because of the Byzantine Empire, the long standing master of bureaucracy and military issues.

Yet, Osman Gazi was able to go beyond this mess with a bidirectional strategy, the first dimension of which was action and precautionary measures. When Osman Gazi became the ruler, the Islamic world was in a harsh struggle to re-organize itself under the leadership of gazis against the Mongolian invasion from the east and the Crusades from the west.

The Mamluks, founded by enslaved Turkish soldiers in Egypt, were rising. Baybars, the Sultan of the Mamluks, had a reputation of being the first Muslim commander to stop the Mongols. Moreover, Baybars is known for having made alliances with the Oghuzs to clear Anatolia of the Mongols.

Under these circumstances, a silent consensus against Byzantine and the Mongols was reached, It was functional from time to time and emerged among the sultans and gazis in Anatolia, Egypt and Syria. They also made peace among themselves.

The primary strategy of "Peace with Muslims, war with infidels" made Osman I a chief and then a khan, or an ordinary gazi-commander under the rule of the Çobanoğulları.

Oruç Bey uttered these momentous words which capture the essence of Osman I's second strategy which led the Ottomans to become dominant over Anatolia and later the world. For the sultan, loyalty and merit were much more important qualities than kinship and status. Osman's lands were open to anyone to serve the common purpose and those who gained "expert" status in their jobs could truly shine. 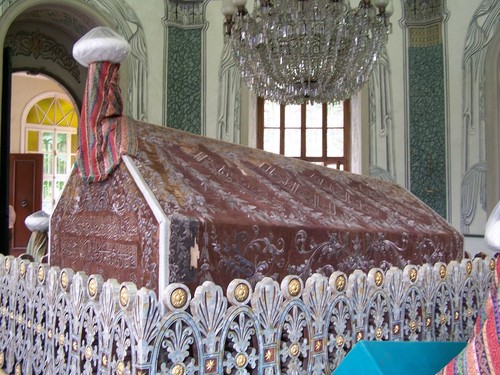 Osman Gazi tomb is in Bursa province, which was the second capital of the Ottoman Empire.

Osman Gazi was good at both in war and peace. After many years of struggle, he aimed his strategy towards conquering the ancient Seljuk city of Nicaea from the Crusaders, thus accounting for Kutalmışoğlu Süleyman Şah being accepted as Osman's grandfather despite not sharing a family bloodline. While Süleyman Shah was ruling Anatolia from Nicaea, the Crusaders seized Nicea and had an impact on Muslim Turks' dominance in Anatolia. As the second conqueror of Nicaea, Osman suddenly became a famous and beloved gazi-commander within Islamic world.

We also stated that Osman Gazi was good at making peace. He prevented the pirating of conquered lands and reduced the taxes paid by the Christians. In spite of the conquests, the Christians were able to remain in their homelands for years, cultivating their agrarian society and only paying taxes on those lands. Osman won the hearts of people whose lands were conquered with a sword, never regarding the people of those conquered lands as the enemy upon winning the war. As for historians, the lands conquered by Osman Gazi became richer and more comfortable compared to the times of Byzantine landlords.

If Osman had been a gazi only good at military issues, he could contend with war booty. Yet, we see that he was an entrepreneur who was able to understand the needs of the classical age who made efforts to build a strong and healthy society, both socially and economically.

Osman Gazi loved the poor so much that today Turkey is quite comfortable with accepting refugees, which appalls the entire world. Yes, Alp Arslan opened the gates of Anatolia for us but Osman Gazi made it a homeland for the poor segments of society from all around the world. So to speak, we are all living in his dream.